Side mirrors could be the next vehicle feature to disappear

How to manage negative carwash reviews 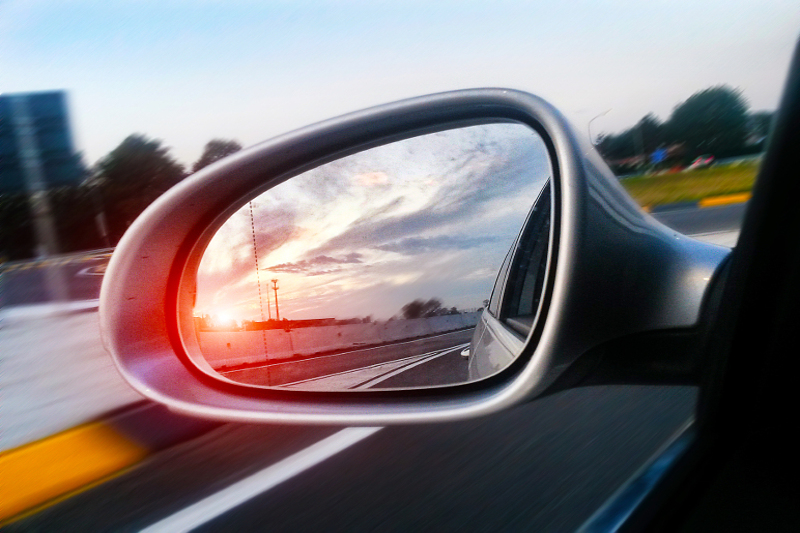 Manufacturers are now making moves toward replacing side mirrors in new cars with a variety of cameras and in-car technology.

Every car is equipped with mirrors. They are an essential part of driving safety, allowing users to see what is happening behind them and react accordingly. It is one of the few features of modern cars that were present on the original vehicles inspired by the Ford Model T in the early 20th century.

However, manufacturers are now making moves toward eliminating the side mirror from new cars and replacing them with a variety of cameras and in-car technology.

When Volkswagen (VW) released its super-efficient model XL1 in 2014, drivers had to cope with the idea that instead of sideview and rearview mirrors, they were looking at an interesting set of three video screens to be able to see what was happening around them.

Through the replacement of the conventional mirrors with high-tech cameras within a vehicle’s body, VW was able to improve aerodynamics — a fundamental aspect in attaining fuel efficiency.

BMW has already introduced the i8 mirrorless concept car at the CES (Consumer Electronics Show) 2016 exhibition. The car has cameras situated all around the vehicle, and these are linked to the in-car display. The result is a complete, unobstructed view of what is going on around you — no more blind spots.

While the new technology would take a little adjustment, it should prove to be far safer than the conventional sideview and middle rearview mirrors. The technology could also be used by the in-car safety systems to facilitate the automatic safety responses. An added benefit of the removal of the mirrors will allow vehicles to be more aerodynamic, meaning quieter and more fuel-efficient cars.

BMW estimates that the new technology could be in a production car by 2019. Nissan and Telsa Motors have also indicated they are looking at similar technological advancements; both manufacturers have added elements of this technology to their concept cars and are looking to copy BMW’s initiative to remove mirrors altogether.

Rearview cameras are already a feature in many top-end vehicles, although they have not been integrated into the in-car systems yet. Cadillac has a rear camera mirror system which is set to debut in March this year on the CT6, which eliminates the rearview mirror.

The rear camera mirror has several rear-mounted cameras which link to the rearview mirror in the middle of the car. It looks similar to a standard mirror but is, in fact, an LED screen.

This mirror provides a high-definition, widescreen picture of the world behind the vehicle and is a vast improvement on what you would see through a conventional mirror. This feature is a real asset when changing lanes, merging or parking and eliminates the issue of a tall passengers in the rear of the car.

The rear camera mirror is also possible to revert to a standard mirror by simply pushing a button at the bottom of the mirror. Of course, once you have experienced the camera mirror you may never want to push this button.

General Motors will not be limiting the new camera mirror to their high-end models and lines; it is already planned to be added to the Chevrolet Bolt and the Cadillac XT5; both of which are set for production in 2017.

As with any new technology, it will gradually filter down through the models and manufacturers until eventually it will become the new norm. It has clear safety advantages and the ability to link into the car operating systems. In fact, it is likely in the future that this type of system will become integrated with other driver assistance systems such as automatic collision systems and blind spot monitoring.

The mere concept of employing aerodynamic cameras and ditching rear and side mirrors in cars might seem like a dream come true for the modern driver. Engineers have been experimenting with this technology for years; sadly, they haven’t managed to perfect it yet.

The CEO of Tesla, Elon Musk, recently mentioned in an interview that replacing mirrors for camera should change the way people drive cars. Unfortunately, it will take years for a manufacturer to successfully pull this off.

Side cameras are present in Tesla’s newly released Model X as well as on Porsche’s pioneering Mission E. However, we’re talking about two concept vehicles that haven’t yet entered the market. There’s no doubt about it — both are groundbreaking; and, with every day that goes by, each of them are trying to come up with a new feature to surpass the competition.

Sooner or later, we should expect the world’s latest car models to be ruled by computers. Drivers should expect code controlling on all in-car features, from infotainment to handling.

We’re currently dealing with an advanced level of technology. High-definition cameras that stream videos on the dashboard, connect cars and self-driving are just some of the features we’ll soon see go mainstream. Tesla, Porsche, BMW and Ford are some automakers taking the lead, and are also becoming fierce competitors.

Rather than rely on mirrors to stay safe behind the wheel, experts argue that cameras might be a better fit; and that’s because they provide a wider view field. However, until the technology gets perfected, we’ll just have to wait and see what other pioneering innovations automakers have prepared for its avid drivers.

Rearview and sideview mirrors will continue to exist on entry-level vehicles as the cost of the new technology will be prohibitive to retaining the low price of a standard vehicle.

However, this technology will become the standard approach to vehicle manufacturing around the world.

In my opinion, there is no doubt that this pioneering technology will lead to further integration and even remote monitoring of vehicles worldwide.

Perhaps the remote control car is not such a distant concept; if you can see everything around, you can drive the vehicle from anywhere in the world.

The possibilities are both exciting and daunting, so I cannot wait to see what happens from now on.

Christopher Austin is a frequent blogger and writer. He loves to write about the environment and cars. Austin also works for the website, www.design911.co.uk, which offers Porsche spare parts and accessories. He can be reached at [email protected].

Opinions and information presented in this blog may or may not be supported by the publisher of Carwash.com.

Blogs: How can your carwash avoid slip and fall injuries?