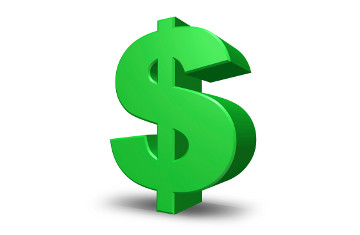 A hot water extractor uses heated liquid water and a powerful vacuum to deep clean carpets, whereas steam cleaning involves the use of pressurized steam vapor.

Back in 2011, Professional Carwashing & Detailing ran an article on how to properly clean carpets. In the piece, written by Prentice St. Clair, president of Detail in Progress, Inc., he stated that there’s a great deal of confusion regarding the usage of steam. “Often, operators who use the term ‘steam cleaning’ are actually referring to the use of a hot water extractor. A hot water extractor uses heated liquid water and a powerful vacuum to deep clean carpets, whereas steam cleaning involves the use of pressurized steam vapor. Certainly some steam may come off of the hot water sprayed from the nozzle of an extractor simply because the water is hot. But the fact remains that the ‘active ingredient’ of a hot water extractor is, as its name implies, is hot water. A dry vapor steam machine, on the other hand, produces only hot water mist with almost no liquid.”

Now, a few years later, we revisit the topic of steam, but this time, dry vapor steam is being utilized as a way to clean car exteriors as well as buildings. This article in no way wants to promote steam in place of a hot water extractor. Instead, it looks at it as an alternative to high pressure washers or harsh chemicals. To find out more about how steam can be used properly, we turned to Ebony Young, Sales & Marketing Specialist for Steamericas, Inc.

Where steam can be used

Steam, according to Young, is applicable in both carwashes and detail centers. “Tunnel carwashes can use steam to pre-treat or rinse the vehicle prior to entering the tunnel wash for a better/ thorough cleaning.”

Also, Young said, steam can help in keeping a facility clean. It can be used to clean flooring, walls and it can also be used to remove stains as well as bacteria, odors, grease, fungi, yeast and mold.

Mobile detailers should consider using steam machines to help control their overhead, Young said. “Portable steamers also allow detailers to not waste water. This keeps the city off their back and limits the need for permits and excess equipment [like a] reclamation mat and other chemicals,” said Young.

Steam can be used as a way to “clean” a car’s exterior and interior, according to Ebony. “For decades steam has been a critical component of the cleaning industry due to its effectiveness and sanitizing power. Eliminating the need for chemicals helps speed up the cleaning process. With steam, you spray and wipe as with the conventional method you pre-rinse, apply chemical (soap) rinse again and then dry. This brings down the process from four to two steps.”

There is some confusion and controversy out there as to how steam works in cleaning the interior of a vehicle. Some say it’s really a hot water extractor being used. So, what is the difference? Well, according to Young, steam is evaporated water that penetrates into the fibers of fabric. “This causes stains and dirt to break up and be removed more easily. To clean interiors, it is important to follow up the steam cleaning with an extractor to remove the dirt. Using solely a hot water extractor causes more water to remain in the fabric and almost doubles the drying time.” It also doesn’t do the cleaning job as efficient/ thorough as steam does.

According to Young, steam is a very loosely used term. Only dry vapor steam can achieve cleaning without wastewater run-off and chemical-free sanitation, and it is safe on innumerable surfaces.

In drought-stricken areas or for eco-friendly businesses, vapor steam cleaners use little water and require zero chemicals. Along with the aforementioned uses, steam can also be used to clean gum off of a floor (along with a steel scraper) or decals from a vehicle’s surface.

Steam can be used on vinyl, leather and upholstery and can lift dirt that has settled into micro cracks and crevices. It can also be used to remove brake dust.

There are, however, times where it is not a good idea to use steam. Young advises to not use steam on radios, speakers, dash board displays or on exposed electrical components and to avoid leaving hot steam hoses on heat sensitive materials such as vinyl for an extended period of time.

Can steam be harmful?

As for personal injuries or burns, Young said it’s important to be on your game. Steam is created when pressurized water reaches 212 degrees F, said Young. “At the nozzle of the gun, steam can be around 230 degrees F which means users should take caution when in use. When cleaning the surface, it is recommended to allow 4-6 inches of space from the nozzle to the surface.

As for causing damage to a car’s surface, Young said steam will not damage the paint because auto manufacturers coat the surface to protect it from UV rays which tremendously trump the heat the steamer pushes out.

The plea for steam

How to price auto detail services
Connect with us