Things to do in Dallas - Professional Carwashing & Detailing 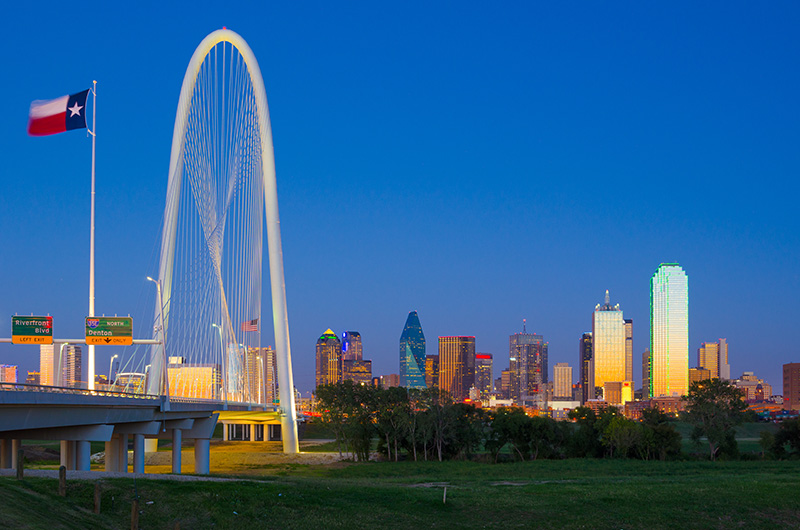 Downtown Dallas is a short 20-minute drive from the Arlington Convention Center, so why not take advantage of all the Big D has to offer while you’re in the area? As Texas’ third-largest city and the ninth largest in the U.S., there’s plenty to do, no matter what defines your sense of fun.

Related: Facts and attractions in Arlington

Once you make it downtown, it is easy to get around using the Dallas Area Rapid Transit (DART) system of trains and buses. For trains, you can buy tickets at the vending machines at each station using cash or credit card. Tickets are $3 for an AM/PM Pass or $6 for a Local Day Pass. For buses, you will need exact change for $2.50 (for a one-way ride) upon boarding the bus, unless you have a Day Pass voucher or GoPass (visit www.dart.org for more details).

Dallas also offers a CityPASS, which provides combination deep discounts to some of the city’s most popular attractions, a few of which are highlighted in this article . Visit www.citypass.com/dallas for more information.

On Nov. 22, 1963, President John F. Kennedy was riding in a motorcade on Elm St. through Dealey Plaza in Dallas when Lee Harvey Oswald allegedly shot and killed him from his position in a sixth-story window of the Texas School Book Depository.

Today, the Dealey Plaza National Historic Landmark District commemorates this chilling event in American history. In this area, you can visit the John F. Kennedy Memorial Plaza, where a monument has been erected in his memory. Adjacent to the plaza is The Sixth Floor Museum, housed in the former Texas School Book Depository building, which chronicles the life, death and legacy of the president.

The 43rd president is also remembered in Dallas. The George W. Bush Presidential Library and Museum is the country’s 13th presidential museum and takes an interactive look at Bush’s eight years in office through the four themes of freedom, opportunity, compassion and responsibility.

A picture is worth a thousand words. Here are a few attractions around Dallas that deserve a second look — and maybe a fun selfie with them.

Texas is an icon of pioneering and cowboy history, and it has the monuments to match. Next door to Dealey Plaza, you’ll find the John Neely Bryan Cabin. Although the cabin is a replica of the founder of Dallas’ original home, it serves as a reminder of the metropolis’ humble beginnings. For more pioneering fun, head a few blocks southeast to Pioneer Plaza, which features a series of statues depicting a cattle drive.

As you’re driving into the heart of Dallas from Arlington and crossing the Trinity River, you may spot the iconic Margaret Hunt Hill Bridge with its 40-story white arch. If you have a chance to swing by and take a walk, there’s a series of trails along the river and a pedestrian bridge alongside the highway that will provide the perfect spot for photos.

Speaking of towering views, check out the Reunion Tower GeO-Deck located at the top of one of the most famous (and lighted) buildings in the Dallas skyline. From 470 feet in the air, you can take in 360-degree panoramic views of a 32-mile vista with free high-definition telescopes and zoom cameras on the outer and inner decks.

Now, one attraction best seen at night is Fountain Place. The area around the glass skyscraper features 172 small fountains and streams, and with the lights and reflections bouncing off the glass, it creates a romantic atmosphere and dazzling display.

If none of those places are of interest, at least go on a scavenger hunt to find the Giant Eyeball (though, frankly, it’s hard to miss). Yes, you read correctly — there is a giant statue of an eyeball sitting in the middle of Dallas, and yes, it is a “must-see.”

Being in the South, there’s a chance that the weather will be gorgeous in Dallas at the end of February. Even when you’re trapped in the middle of a mega-metropolis, there are still green spaces to be found.

One of the most popular attractions in Dallas is the Dallas Arboretum and Botanical Gardens. This 66-acre exhibition of flowers, sculpture and architecture has impressive displays all year long and was named “One of the Most Breathtaking Gardens in the World” by Architectural Digest. During this time of the year, the Dallas Blooms festival will be taking place at the garden (Feb. 23 to April 7, 2019) featuring the theme, “Life’s a Picnic.” Pack a lunch and spend the afternoon embracing the beginnings of spring.

The Arboretum lies on the shores of White Rock Lake, which has its own draws. In addition to a walking trail, there are opportunities to go birdwatching, kayaking, fishing and more.

However, if you don’t want to stray too far from the heart of Dallas but still want to get in a good walk or run and see some sights, consider going along the Katy Trail, which winds its way through the city itself. The trail was formerly an abandoned railroad line.

Take a walk through history

If the outdoors aren’t your thing or the weather is not cooperating, why not exercise your brain instead and visit a museum? Dallas has several that cater to a wide range of interests.

As the hub for both American Airlines, the largest airline company in the world, and Southwest, which ferries the most domestic passengers, Dallas has a strong tie to aviation. So, it makes sense that the Frontiers of Flight Museum finds a home in this city. The museum includes over 30 aircraft and space vehicles — several of which were built in North Texas — as well as 13 galleries and exhibits and over 35,000 historical artifacts.

The Federal Reserve Bank of Dallas also makes contributions to the country as a whole. To better inform the public of its role, it has a free exhibit called Economy in Action that features interactive and multimedia displays that show historic currency, explain how the Fed moves its money and illustrate the relationship this bank has with the U.S. economy.

If arts and culture appeal to you more than science and economics, the African American Museum is the only one of its kind in the Southwest devoted to featuring the artistic, cultural and historical contributions of African Americans to this country. It also has one of the largest African American Folk Art collections in the U.S.

In addition, the Museum of Biblical Art features a wide range of art in mediums from painting and sculpture to rare books and lithographs. With several artists’ exhibits on display as well as a gripping sculpture garden called the Via Dolorosa, which models the Stations of the Cross in larger-than-life statues, this museum is known for giving visitors more than they expect.

Just as walking the Via Dolorosa is a somber yet powerful experience, so too is a visit to the Dallas Holocaust Museum Center. The core exhibit of this museum centers around one day in the Holocaust, April 19, 1943, when three different events occurred that answer the question, “How could such a travesty have happened?”

Perhaps the most unique museum Dallas has to offer, The Samurai Collection houses the Japanese armor collected by Ann and Gabriel Barbier-Mueller. Though small compared to other museums, this collection is one of the largest and most complete of its kind in the world and the only one outside Japan to focus primarily on samurai armor.

Eat, drink and be merry

Everyone’s question after a long day is, “Where’s the food?” While there are a variety of options to choose from in Dallas, it wouldn’t be a trip to Texas without a visit to a steakhouse and a Tex Mex restaurant.

Pappas Bros. Steakhouse is a high-end establishment that uses an in-house dry aging process on a variety of cuts to develop their flavors, which sets its steaks apart from the rest. For this fine-dining locale, it is best to make a reservation.

E Bar Tex Mex is a more casual dining experience. Breakfast (of the Tex Mex variety) is served all day in addition to the traditional lunch/dinner entrees.

Finally, Deep Ellum Brewing, so named for the trendy area of Dallas known as Deep Ellum, creates craft beers worthy of the area’s eclectic heritage. In addition to stopping by for a drink, you can also tour the brewery for an insight into the crafting process (Saturdays from 12 p.m. to 3 p.m.).

Remember, everything’s bigger in Texas, so your tour of the city should be too. Go big or go home.