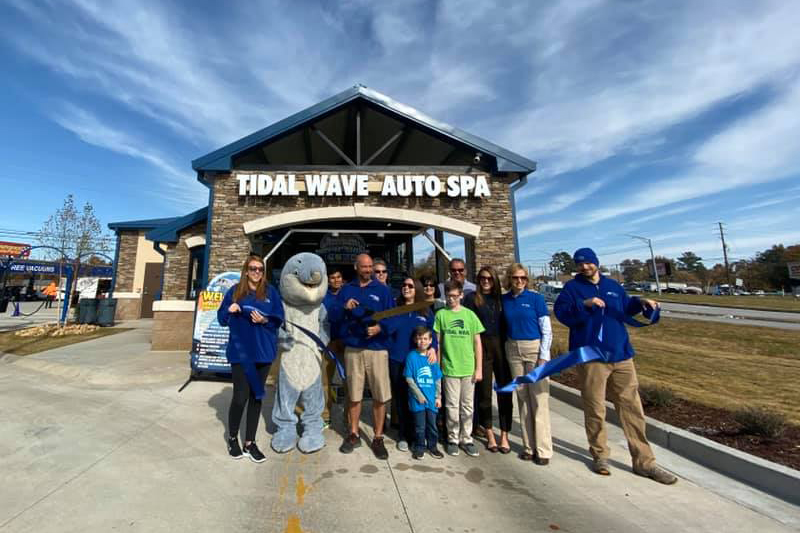 COLUMBUS, Ga. — On Nov. 6, 2019, Tidal Wave Auto Spa opened at 4250 Miller Rd. in Columbus, Georgia, making it the 33rd location for the fast-growing company, according to a press release.

“We are excited to establish a presence in Columbus and have been overwhelmed by the enthusiastic welcome we’ve received,” said Scott Blackstock, founder and CEO of Tidal Wave Auto Spa. “One thing that makes this express wash even more special is that it’s the first at which we’re offering a new premium wash package, the Ceramic Sea Gloss.”

Numerous new Tidal Wave locations are in various stages of construction in states, including Florida, Kansas and Texas, the release noted.

Tidal Wave has been recognized for its fast, courteous service and sparkling clean cars, the release stated.

At every location possible, Tidal Wave includes built-in technology to recapture water and recycle it to minimize waste, the release noted.

In addition, Tidal Wave has received numerous civic awards for the bright and beautiful appearance of its wash locations, the release concluded.