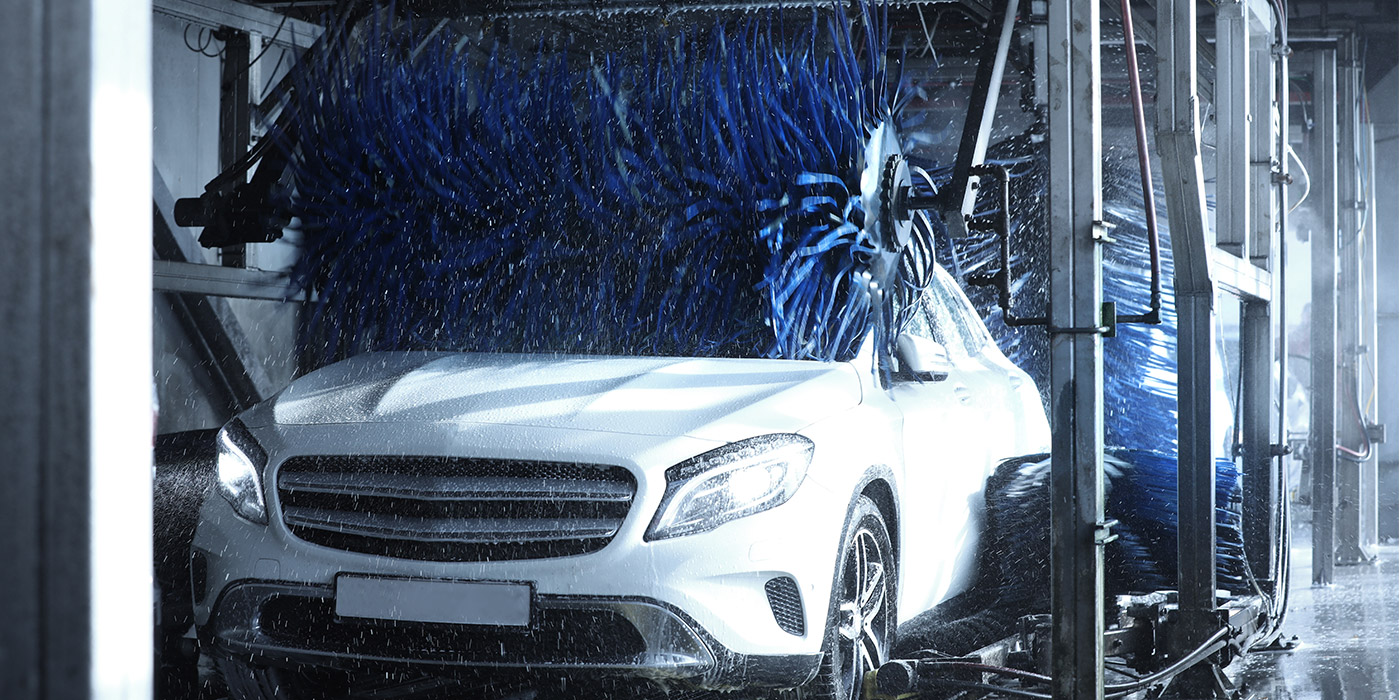 Starting a Carwash
What's the plan for entering the carwash industry?
Win or lose, what matters most when starting a carwash is the details. 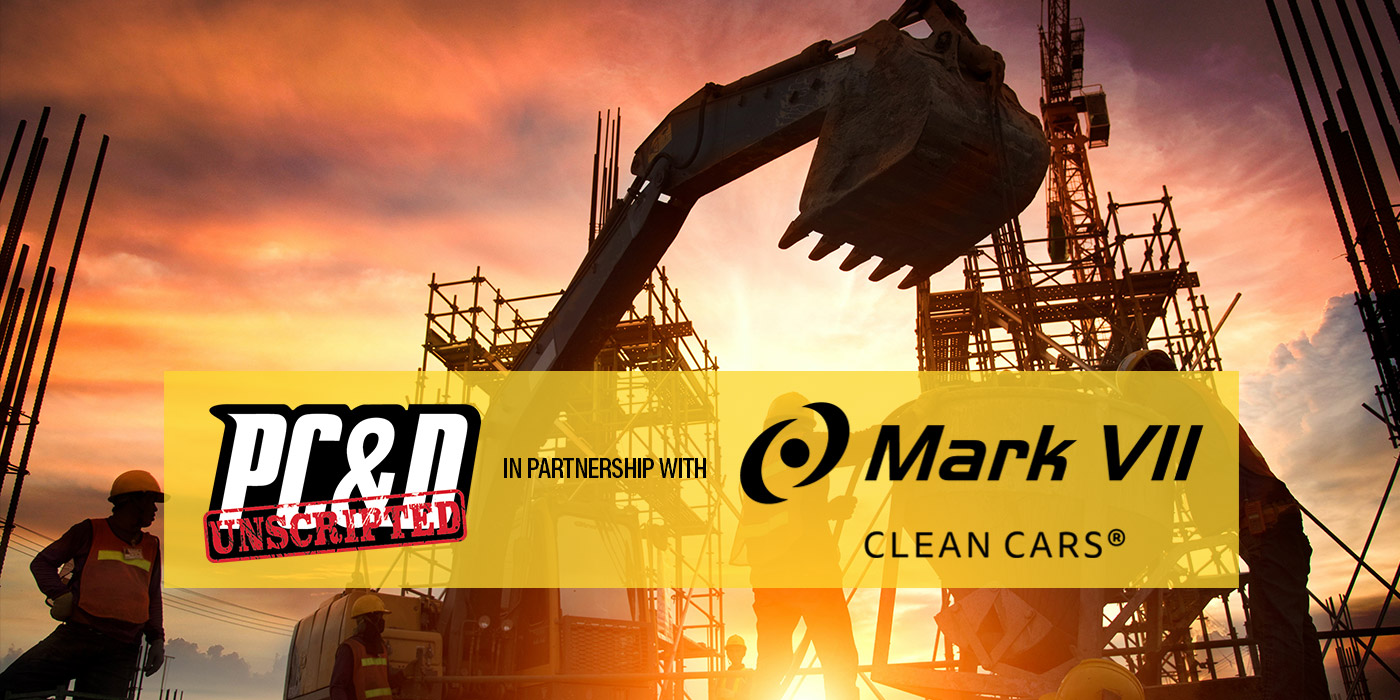 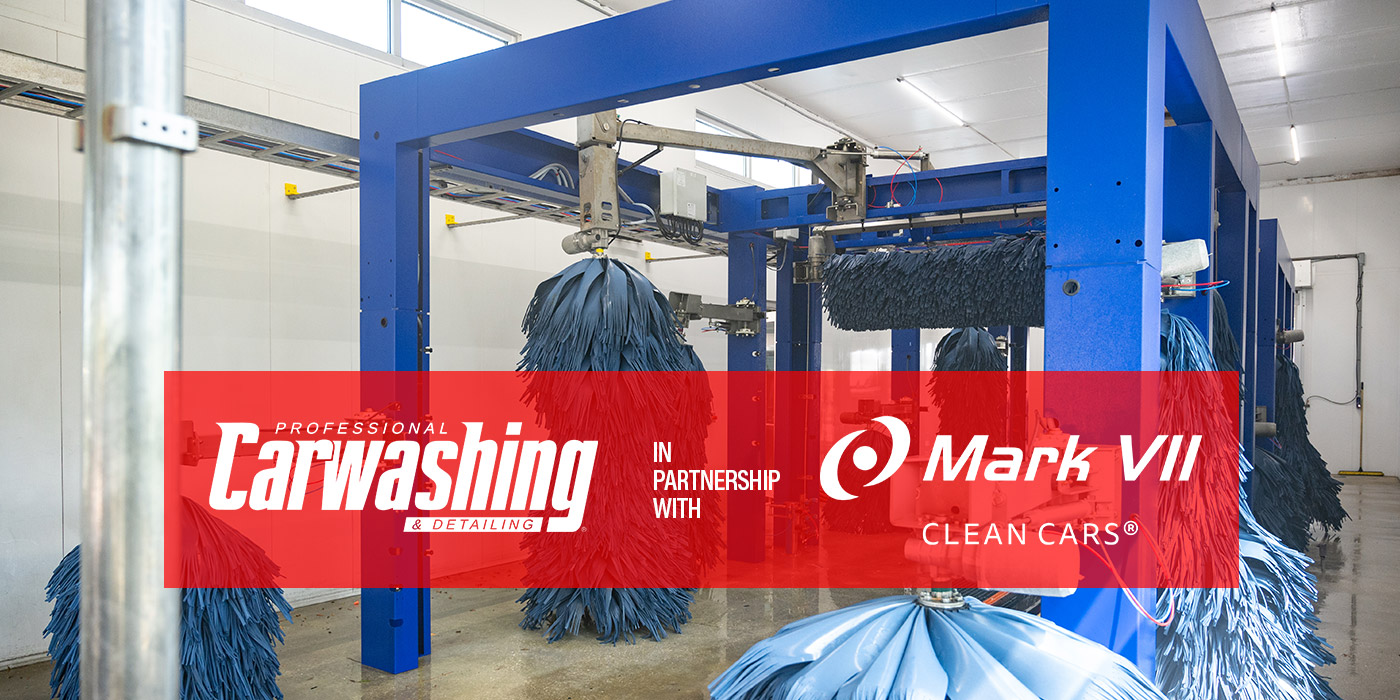 The hidden dangers of the one-stop shop

The hidden dangers of the one-stop shop

It's the season for trade shows 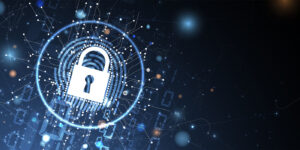 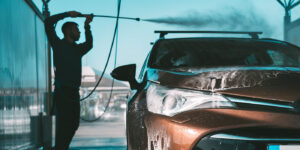 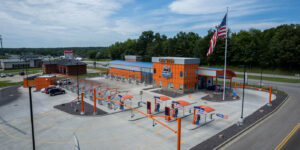 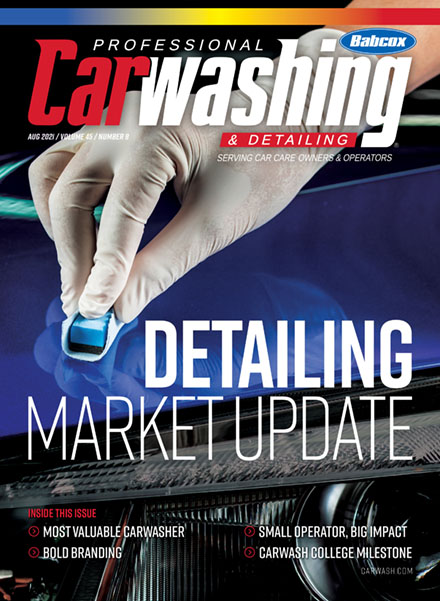 Express exterior by the numbers 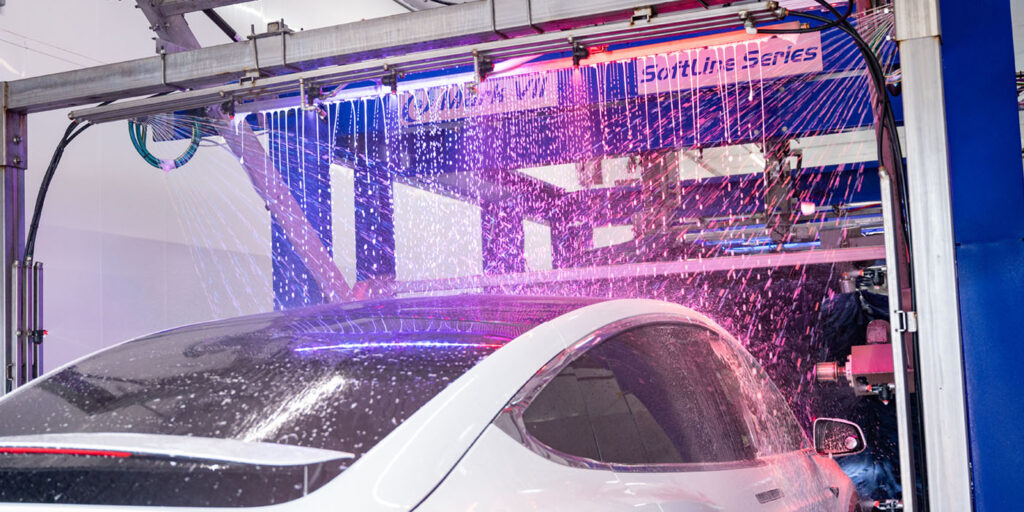 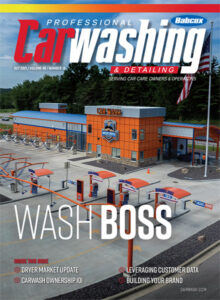 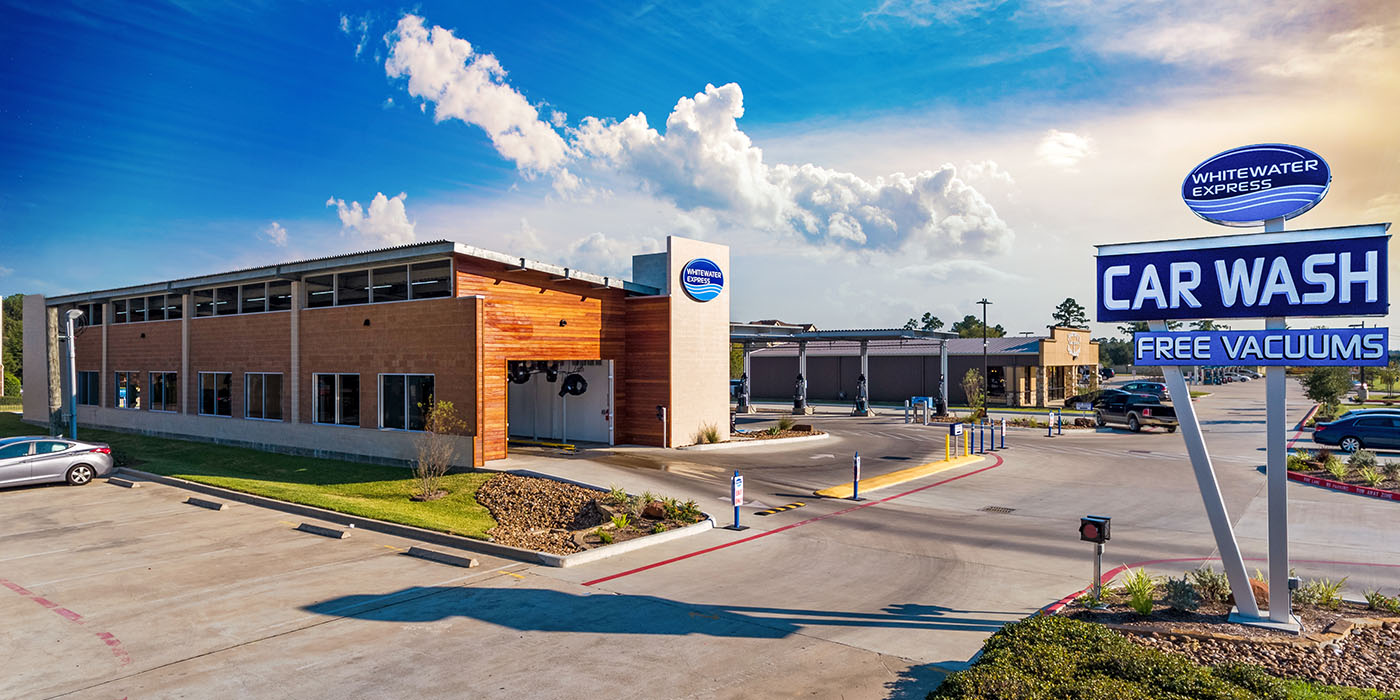 A company of leaders navigating the rapids of business.

In whitewater rafting, the strongest team members are usually placed at the front of the raft to determine the pace for the rest of the paddlers. However, it is also the place you are most likely to get thrown off head-first into the rapids. Being a leader of a raft is like being a leader anywhere else: You set the expectations for others to follow, and when things get bumpy, you’re one of the first to get the blame, simply because you are in a more visible position where others can bring their complaints to you.

That being said, there’s nothing preventing the less experienced rafters from sitting in the front, though it certainly helps to have someone up there to guide them. This is, in fact, one of the facets of leadership: being able to train others to become leaders by sharing your own experience.

Leadership is also one of the most important aspects for WhiteWater Express Car Wash, according to Clayton Clark, its president/chief operating officer. “WhiteWater Express Car Wash is a leadership-based company that just happens to wash cars,” he says. “Our mission is to make a positive difference in our employees’ lives, not only professionally but in their personal lives as well.”

Pushing off the docks

Clark has been in the carwashing industry for over 30 years. He started out working at a carwash as part of a high school/college job. For 24 out of his 30 years in the industry, he helped grow Bubbles Car Wash into a 13-store chain in Houston before it sold to Mister Car Wash in June 2013.

After the sale, he, along with two other business partners — Steve Mathis and Shane Wilson — believed that they could create a better, faster and higher-quality carwash at an amazing value. Thus, in 2015, they started WhiteWater Express Car Wash, laying the groundwork on a platform that would allow them to build a chain of express exterior washes in local communities that they could grow and replicate in multiple markets.

As for the whitewater rafting theme, the idea came about from Clark’s passion for the outdoors and rafting. “I thought it would be a cool idea to correlate the carwash tunnel similarly to how one rafts down a river,” Clark explains. “It’s easy to remember and plays great for a carwash theme.” The theme has been faithfully carried out at every location and helped create brand recognition.

Some of the clever ways in which WhiteWater has utilized the theme are in its raft mascot named Flip and each one of the company’s wash packages, which have the following monikers: Rapid Wash, White Water Wash, Class V Rapids Wash and White Rapids Gold Carnauba Wash. Moreover, on its website and in brochures, the company even provides a map of the tunnel drawn in the shape of a river, detailing for customers which applications they can expect when during the wash. “Customers really enjoy having that knowledge of where the extra services are being applied,” Clark notes.

Today, WhiteWater Express comprises 15 locations in four Texas and Oklahoma markets: Houston, Dallas, Austin and Tulsa. The company has nine more locations in development and — through its current greenfield and acquisition pipeline — will have 24 to 30 locations by the end of 2020, with additional units being added.

It’s clear WhiteWater is one of the conveyor chains propelling itself down the fast currents of growth. Between 2015 and 2018, the company managed to open eight locations in the Houston area. However, to further facilitate its growth plans, WhiteWater partnered with SkyKnight Capital in October 2018.

“For us, partnering with SkyKnight Capital has been a no brainer,” Clark says. “They have truly been a terrific partner helping us look at our business and this industry through different optics. Over the next 12 to 24 months, I see our company growing, making smart, prudent and strategic growth decisions. The SkyKnight team has been in the trenches with us every step of the way, and I love how we can pick up the phone and they are there working with us on a daily basis.”

In April 2019, WhiteWater acquired Legends Express Car Wash and brought on owner Ronnie Corbin as president of development. Corbin too has spent a slew of years in the carwash industry and previously helped build Boomerang Car Wash into a 29-location platform until it sold to Zips Car Wash in 2016.

Having known each other for years, Clark and Corbin spent some time discussing WhiteWater’s quick expansion plans, current infrastructure of corporate staff and offices, and its partnership with SkyKnight. During these conversations, Corbin saw great potential in teaming up with the business.

“I cannot tell you how excited we were for the Legends transaction,” Clark intimated. “Ronnie Corbin has been a leader in the carwash industry for years. When the opportunity presented itself for us to add Legends to the WhiteWater family, plus the opportunity to work with Ronnie, it was a win-win.”

According to Clark, WhiteWater’s foundation is respect and communication, and the company provides hundreds of opportunities every day to practice those foundational pillars. “At WhiteWater, we believe in the EEL program — Enable Everyone to Lead,” Clark states. “No matter your job title, everyone has the opportunity to lead in our company. We host weekly leadership meetings, and any employee at WhiteWater can host these leadership classes.”

In fact, although Clark started out leading these meetings, his employees now head them. Furthermore, by using the “Enable Everyone to Lead” approach, several employees who started with the company in beginner positions have been able to work their way up to become general managers.

WhiteWater itself is also a leader in its market. Part of the way it distinguishes itself is by caring for its environment — both the people and the Earth. To begin with, the company partners with local organizations, such as chambers, schools and youth groups, to help them become the leaders in their own areas and to give back to WhiteWater’s local communities.

In addition, all of the company’s locations use half the amount of water than the industry standard, and at 25 to 30 gallons per car, they consume 70% less than carwashes in the Houston area, according to Clark. Each wash uses soft water as well as eco-friendly and phosphate-free chemicals.

No fear of flipping

WhiteWater’s leadership team also understands the importance of keeping its carwashes state-of-the-art. Part of being a leader in the industry is recognizing that safety is first and foremost at all locations. Every WhiteWater wash makes safety the top priority and is built to be safe for customers, their vehicles, employees and the environment.

Of course, market leaders don’t become leaders without providing a great product. Each month, Clark notes, the leadership team meets to develop new ideas and strategies to help separate WhiteWater from its competition. To start things off, WhiteWater offers an unlimited membership club — a must in today’s industry — but it has gone the extra step in having a three-day rain check guarantee on its highest wash package, the White Rapids Gold Carnauba Wash, for single wash purchasers.

Furthermore, WhiteWater adds several customer-centric amenities to its post-tunnel experience. Not only does the company provide free vacuuming (with 40-horsepower vacuums), but it also provides complimentary air guns at each vacuuming stall and free wet or dry mat cleaning machines. Each site also has a complimentary towel exchange for customers to use.

Clark relates one particular tale of how a WhiteWater employee impacted a customer’s life. “One of my [favorite stories] is of a lady who had moved from Nebraska and been in Texas for six months. This was her first time to experience an express carwash. After our employee happily walked her through the process and the benefits we have to offer, the customer shared that our employee was the nicest person she had ever met in Texas since moving here.”

Clark believes it is precisely because WhiteWater gives its employees the opportunities to be leaders while practicing the company’s foundation of respect and communication that the company maintains a customer satisfaction score of 4.6 to 4.8 across all review platforms.

With such high marks in his company’s favor, it’s no wonder Clark has also served on the board of directors for the Southwest Car Wash Association (SCWA) and as president of the SCWA in 2015. But as far as he is concerned, the raft ride for this company is only just beginning.

“I am very excited about the future growth of WhiteWater and the opportunities that growth will bring for our employees and customers,” Clark concludes. “I am also excited about our future M&A pipeline that will bring more operators into the WhiteWater family. I believe our leadership-based company will really change the lives of our employees and customers for years while making a positive impact in our industry.”

Check out this follow-up interview with Clayton Clark for more insight into what he feels has made WhiteWater Express Car Wash become so successful.

Conveyors and Tunnels: Top 50 issue on the move