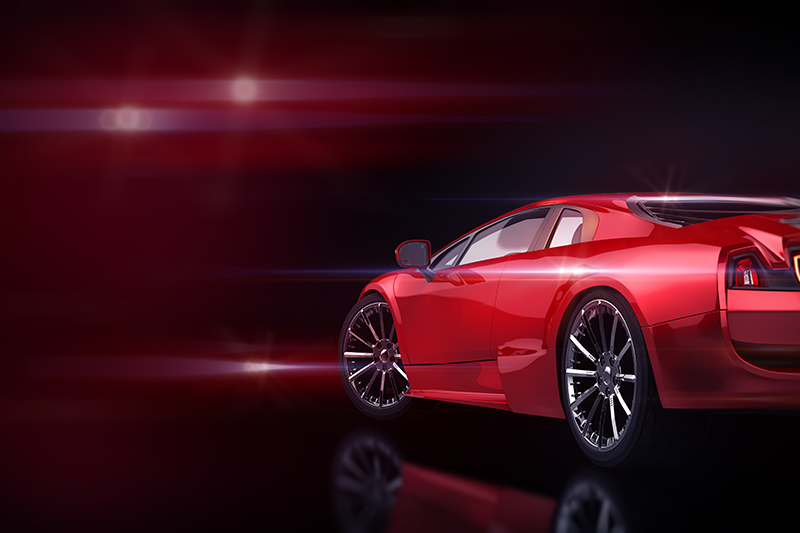 As noted by automotive analyst and statistics tracker WardsAuto, our world achieved an automotive milestone in 2010, which widely went unnoticed. The firm is on record for noting that in 2010 the world surpassed the threshold of having one billion vehicles in use. While the origins of the first automotive, gasoline-powered vehicle can be traced back to the late 1800s, it has been 105 years since Henry Ford started mass-producing the Ford Model T.

Although it has taken over a century to hit the international one-billion-vehicles-in-use mark (which includes cars; light, medium and heavy-duty trucks; and buses), two billion is not too far off; researchers note that milestone will be hit by 2035, and some experts say 2.5 billion will be achieved by 2050.

According to WardsAuto, the U.S. still maintains the largest vehicle population in the world, with an estimated 239.8 million cars. In fact, according to Ward’s reports, there are 1.3 people for every car in the U.S., as compared to China, where there are 6.75 people per vehicle.

Not only are there more cars on the road today throughout the world, but cars are also newer and more sophisticated with complex, integrated technologies. According to a report from Macquarie Bank, 88.1 million cars and light commercial vehicles were sold worldwide in 2016, which was up 4.8 percent from a year earlier.

For pickup trucks alone, according to a recent study by Automotive News Data Center, the three major manufacturers of these vehicles — Ford, GM and Ram Trucks — reported that they sell an average of 6,500 trucks every day, which equates to 270 per hour.

And, these stylish, high-tech cars and trucks are costly, representing many owners’ second most prized piece of property they own behind their houses. Clearly, there are a multitude of car values, sizes, shapes, technologies, features and needs that show up at professional carwashes each day than ever before in our country’s history.

Carwash operator acumen and the incorporation of modern equipment and system technologies are needed to effectively serve such a diverse customer base while preserving customer satisfaction and minimizing damage, injuries, waste and poor results.

In the professional carwashing industry’s own 100-plus year history, equipment automation and the use of evolving technologies have helped solve some of the most common wasteful, damage-causing and performance-inhibiting carwash practices of the past. For instance, most upgraded tunnel controls now offer simple installation and timing configuration of certain carwash equipment, which can be controlled by a smartphone or another compatible mobile device. This level of operator control and automation now offers today’s carwashes the ability to ensure incredible, to-the-inch accuracy of the wash based on the individual vehicle it is servicing at the time.

“Historically, forward-thinking carwash operators have used new technology to differentiate their services from competitors to gain a competitive advantage,” asserts Jason Sears, who is the communications manager at Innovative Control Systems (ICS). “Leveraging the newest state-of-the-art technologies enables all operators — whether the carwash operation is big or small — to compete in this highly competitive marketplace.”

According to Sears, automation in the wash process results in numerous benefits. By elevating the level of automation at your carwash, these benefits include: lower utilities and chemical costs; reduced damage claims; superior wash quality; and a quieter, more comfortable wash experience for customers.

Today’s advanced software offerings are also serving carwash owners and operators well. As mentioned, an operator now has the ability to control most carwash operations, from conveyor speed to fragrance chemical dilution, within the palm of his or her hand.

Modern carwashes are meeting demand and satisfying a well-informed customer base that has plenty of carwash options with a powerful package of advanced controllers, industry-leading software, sonar technology and ultrasonic sensors.

As mentioned, controllers, using sonar technologies to profile vehicles, have solved many of the headaches and wasteful practices that previous owners and operators had to endure. This technology works in the following way: As the vehicle enters the tunnel and proceeds, a sensor placed at the tunnel entrance uses sound waves to profile the vehicle’s exterior. While these systems are able to detect and avoid protruding surfaces, such as side mirrors, they also effectively solve the “pickup truck issue.”

“By far, the most common reason that carwashes use sonar and other vehicle profiling technologies in their wash process today is for detecting open pickup truck beds so they can
automatically adjust top brushes and blower systems to prevent damage and keep from blowing debris and residual foam into the tunnel and onto vehicles following behind the truck,” says Dave Ragle, product engineer at DRB Systems.

But, continues Ragle, the benefits of using sonar profiling technologies do not stop there. In addition to eliminating the waste, damage and negative cleaning impacts associated with cleaning pickup trucks, these systems are also being employed to solve other daily carwash challenges associated with servicing a wide array of vehicle types.

“More and more, sophisticated operators are using vehicle profiling to determine vehicle height, windshield location and side mirror location to further customize the wash process,” explains Ragle. “These key vehicle traits can allow equipment control systems to change equipment behavior to better accommodate the height of both compact cars and tall trucks; apply certain chemicals to precise areas of the vehicle, like the hard-to-clean windshield ‘eyebrow’; and bump brushes and wraps around side mirrors to help prevent damage to the mirrors while still providing the desired cleaning effect to the rest of the vehicle.”

How sonar works in carwashing

The use of sonar profiling technology affords proactive operators the ability to overcome many traditional challenges, save money as well as provide customers with a higher level of clean in a relatively maintenance-free way. Experts suggest the return on investment when using this technology at your conveyor carwash will be seen in direct and indirect savings. According to the carwash professionals we interviewed for this article, sonar technology operations are relatively simple to understand.

According to Gil Castro, who is the director of operations for Little Rock, Arkansas-based Zips Car Wash, a sonar sensor will often make a clicking noise that can be heard when standing near it. “The sensor is measuring the time it takes to get the waves back and uses that information to calculate distance,” educates Castro, also noting that several Zips Car Wash locations use sonar technology and that the company has recognized cost savings on reduced chemical use and other costs associated with washing cars.

Ragle adds that the technology behind sonar-based profiling systems in carwashing is a technique much like echolocation used by bats for finding insects or naval sonar “pings” to locate underwater ships or other structures.

Once the controller has this information, it can use it to alter the cycle of any compatible equipment in the tunnel that needs to change to accommodate the vehicle, continues Ragle, “like retracting a top brush and closing the blower gates when an open bed reaches the equipment or reducing the pressure on a wrap or side brush when they reach the side mirrors.”

According to Ragle, modern sonar systems have little to no cleaning or maintenance requirements, since these solid-state units should be sealed and self-contained. However, he adds, since they are generally located before the equipment package, at most there may be a bit of overspray that you may want to rinse off occasionally, but this isn’t anything that would affect operation.

In addition to purchasing equipment and software from reputable manufacturers, hiring a top-quality manager and operator to monitor the success of the technology is also critical.

“The daily maintenance may include cleaning the sensor, but the most important thing to do is check daily for proper operation by watching at least five vehicle washes in the morning, and do the same throughout the day,” says Castro.

Today’s sonar systems are considered smaller, less expensive, more accurate and reliable compared to previous technologies. Carwashes should have the right tech and spare parts on hand if a system failure occurs or repairs need to be made. Manufacturers are continuing to work on improving this technology.

“Manufacturers are incorporating technology that sends a signal to the controller. The controller can then send out alerts notifying people of an issue,” offers Castro as one improvement he has noticed.

According to Ragle, modern sensors have higher resolution capabilities and can make more reads per second, which translates into more reads per foot of vehicle travel. When this feature is combined with being more accurate and reliable, today’s sensors feature a powerful trio. “All three characteristics of a sensor combine to be able to provide a vehicle profile that is a truer representation of the actual shape of the vehicle, which allows the software to better determine the vehicle’s traits or characteristics,” he says.

However, in terms of major improvements in this product category, Ragle suggests that advancements in sonar technology for carwashing may be limited. “Sonar sensors project a ‘cone’ of detection that limits their ability to detect smaller features on a vehicle, such as bug shields, trailer hitches and luggage racks,” he says. “Similarly, temperature changes alter the speed that sound travels, which affects distance measurements; spray from arches and prep guns can intermittently block sonar pulses or cause them to report inaccurate measurements, etc.”

“Computer vision systems, adaptive learning and AI computer systems and integration with smart vehicle technologies are all areas that show great promise in allowing manufacturers to provide systems that can closely tailor the wash experience to specific vehicle features and traits,” concludes Ragle.

In addition to all of the benefits mentioned in this article, extending equipment and brush longevity can also be added to the list since misuse is minimized. With two billion vehicles in use on this planet within reach over the next 17 years, operators looking to cut costs and elevate the customer experience should be focused on using customized approaches to effectively serve a diverse customer base. Technology is evolving, and your prospective customer base is growing … are you doing both as well? 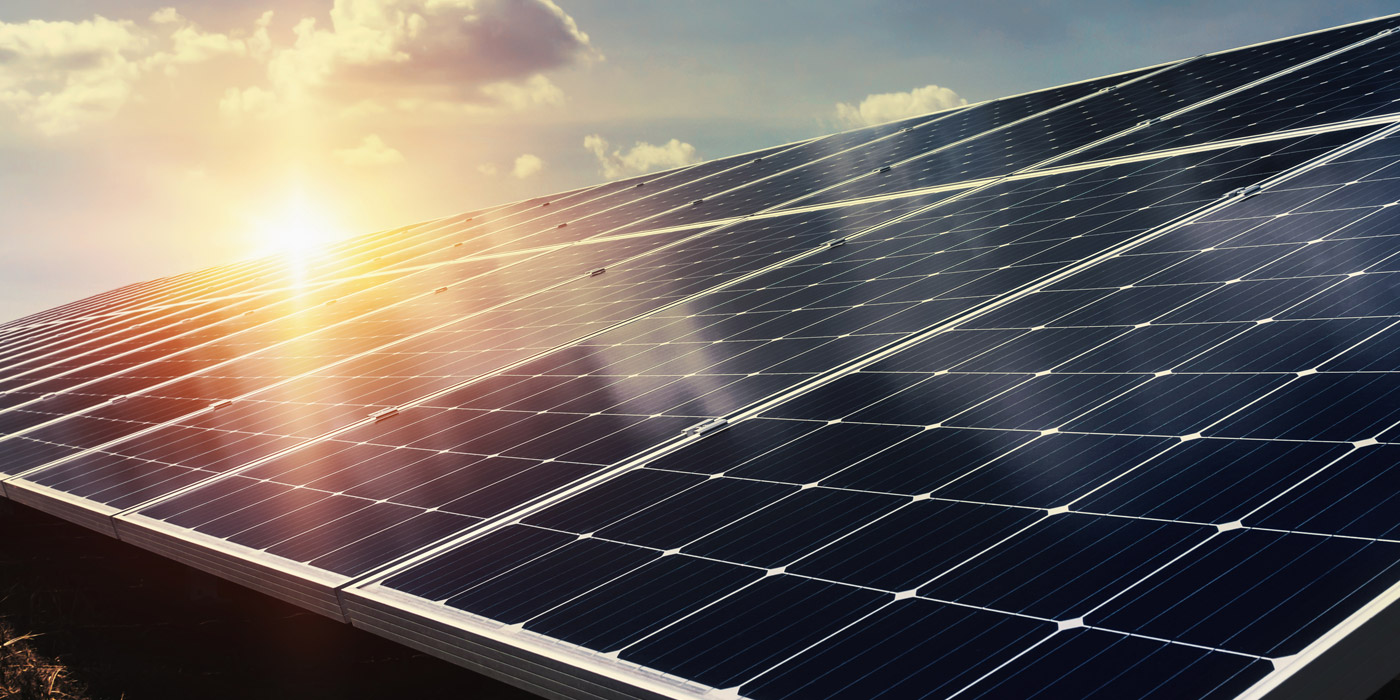 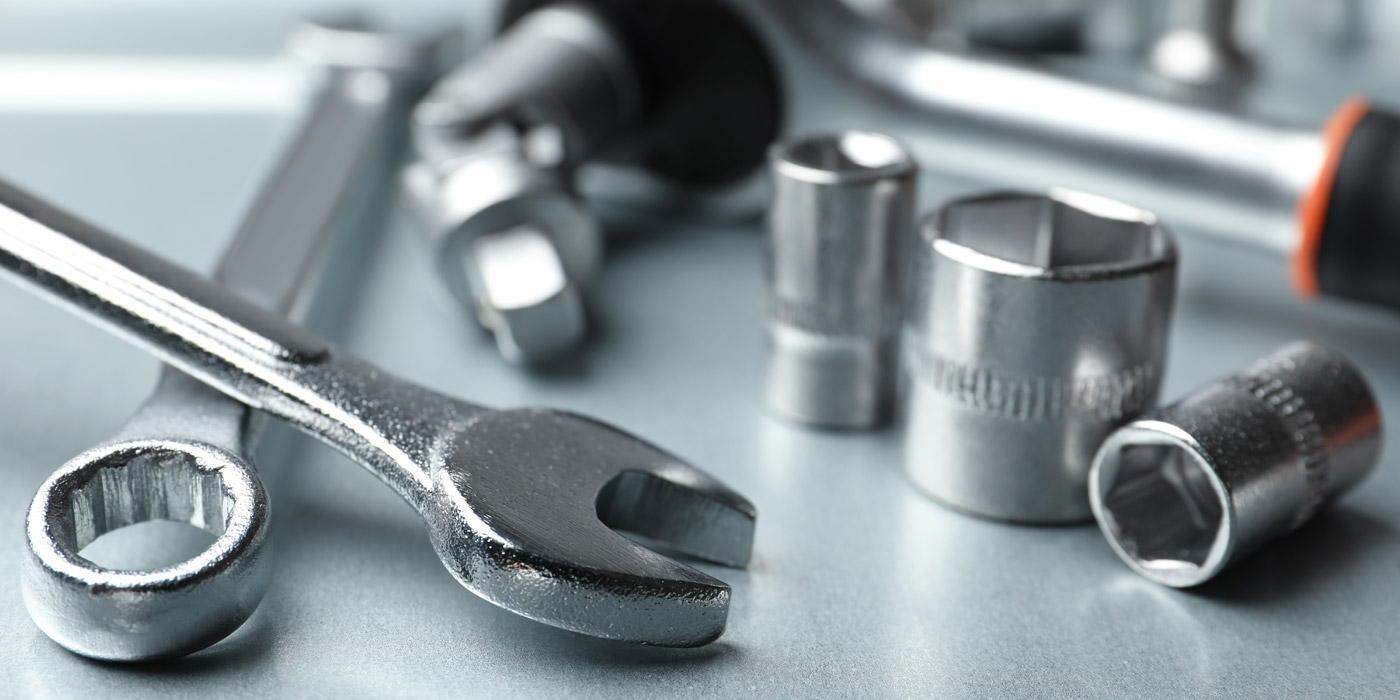 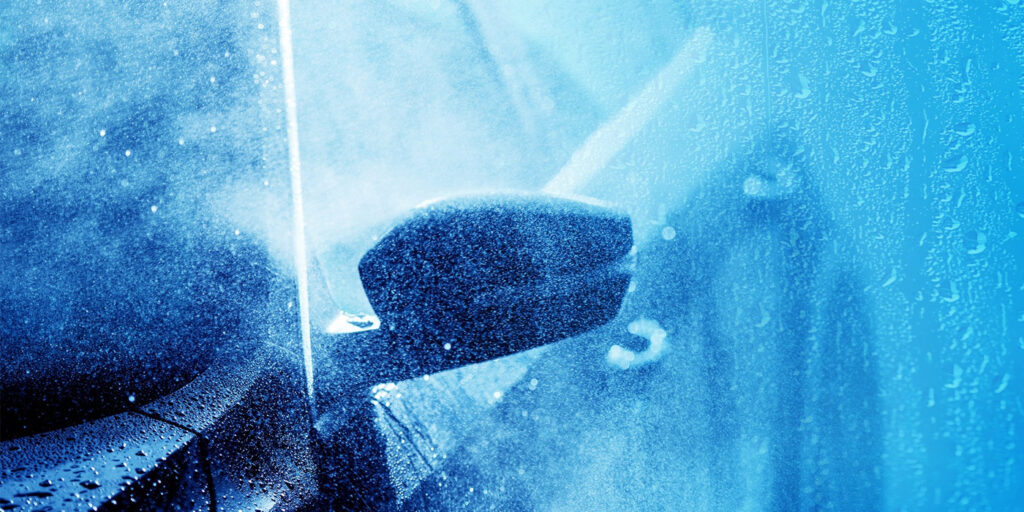 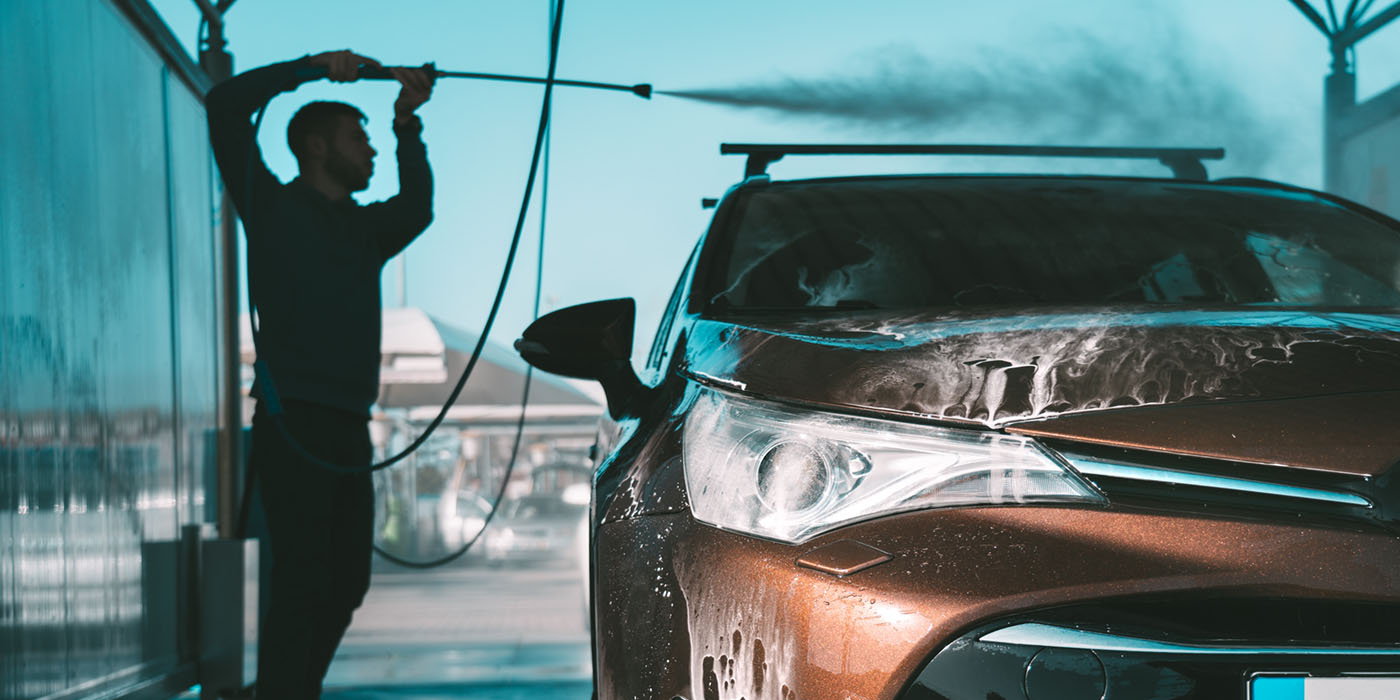 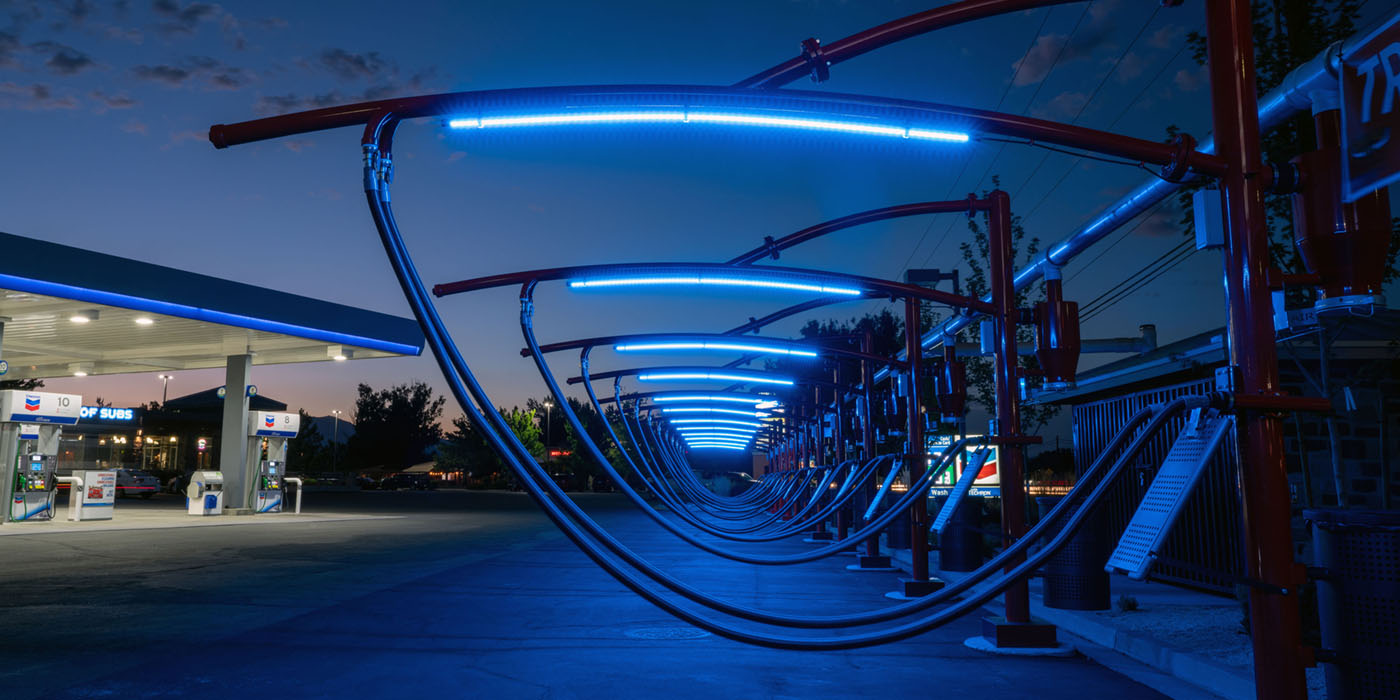 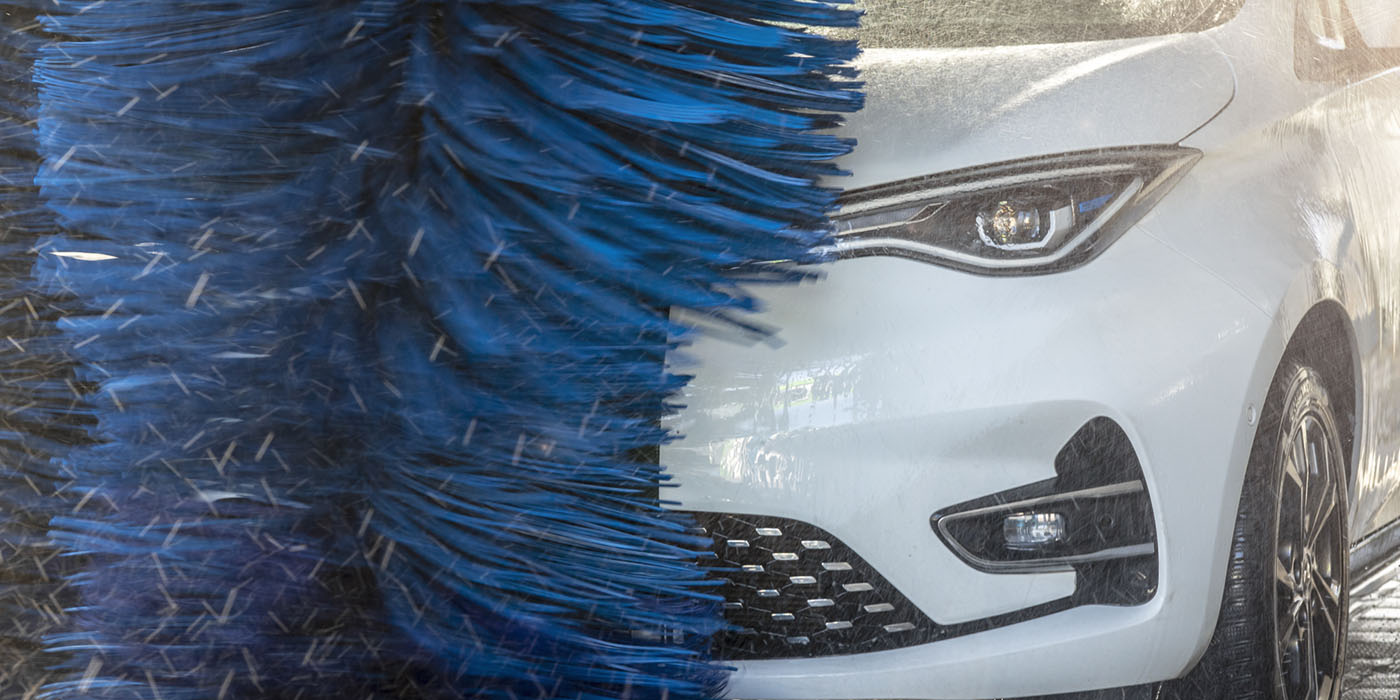 More booms for your buck

What are the hallmarks of a quality vacuum boom setup? 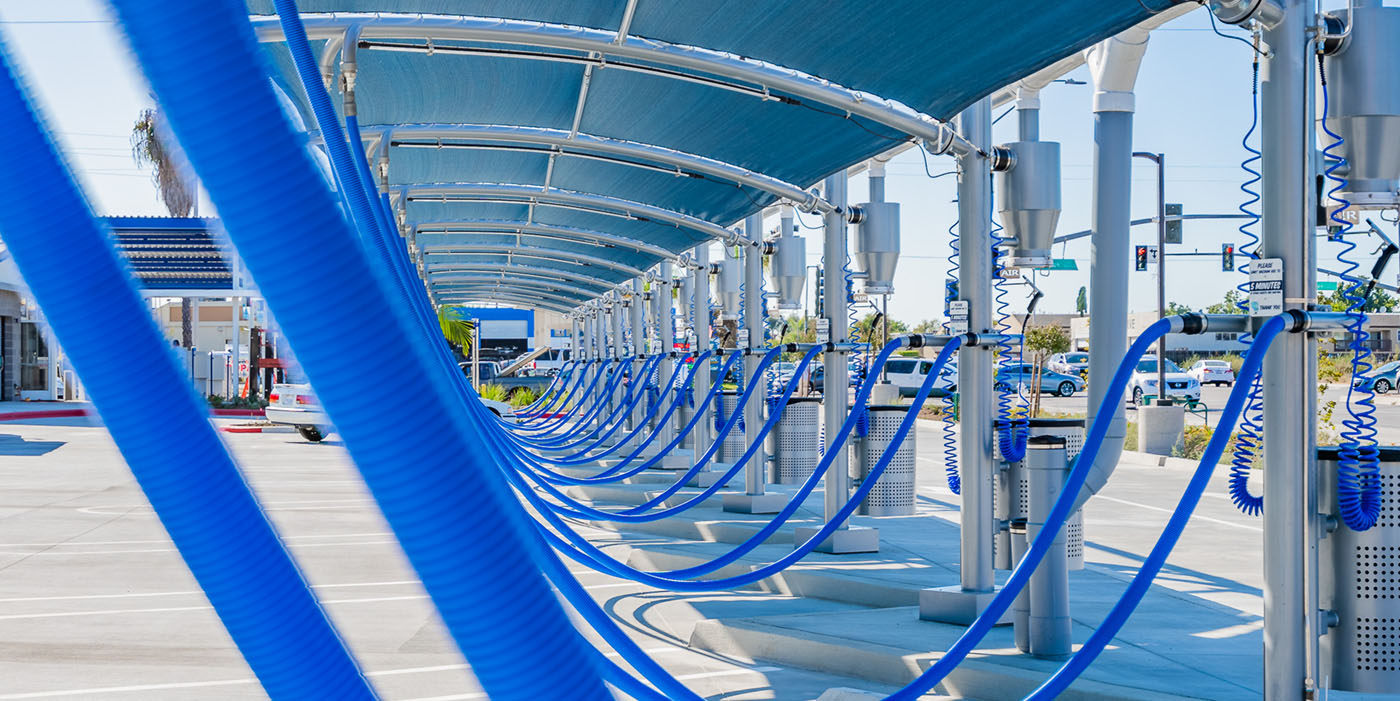 These systems help motor vehicle service stations and carwashes remain in compliance while significantly reducing the cost of treatment, labor and disposal. 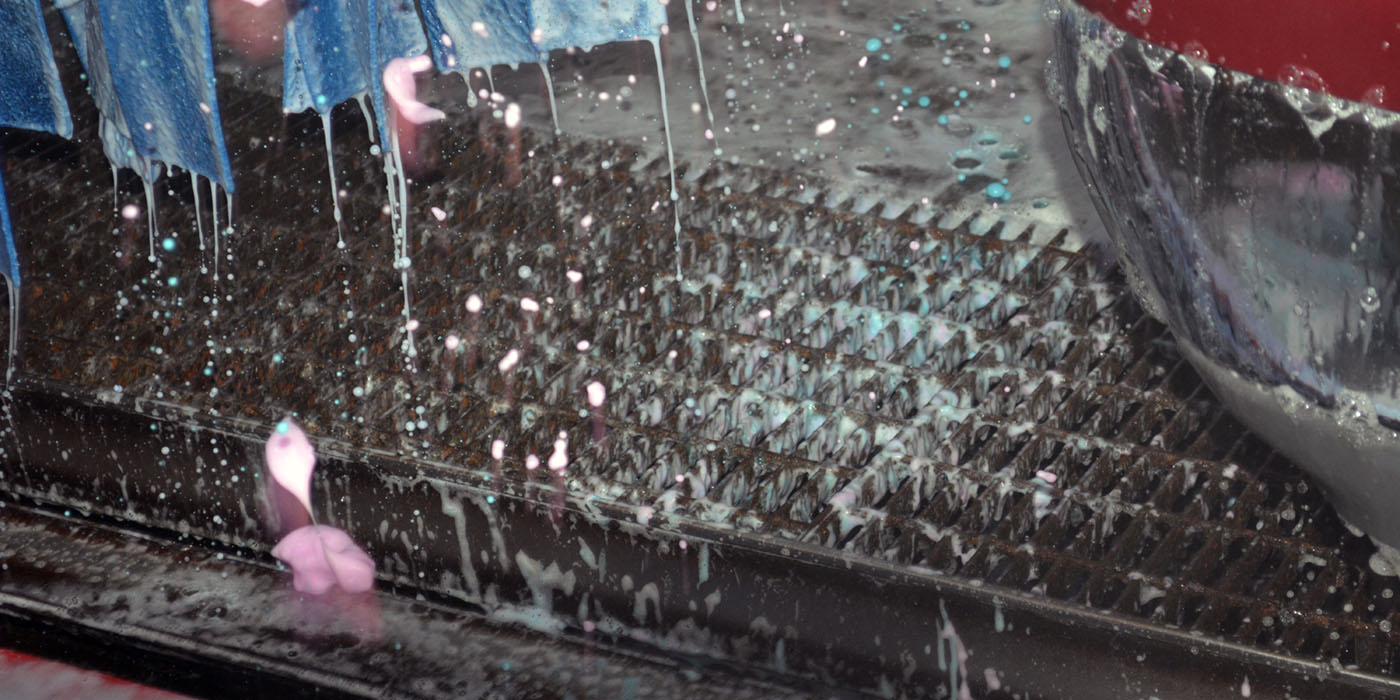