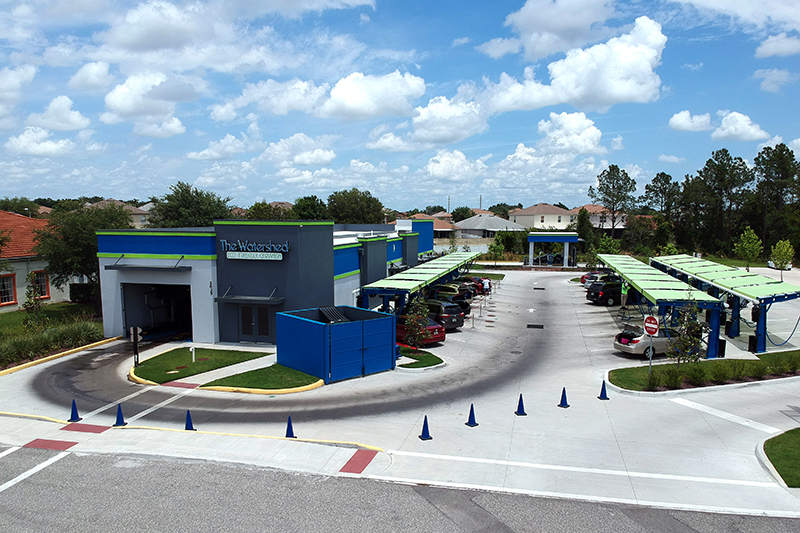 This business is a source of excellence.

A watershed moment happened in the career of John Tankersley, majority shareholder of Florida Carwash Enterprises, dba The Watershed, over a decade ago when watching television — only, he didn’t know it yet.

At the time, Tankersley was watching Real Sports, the HBO sports journalism series, and this particular episode happened to profile Lenny Dykstra, a former baseball player for the Philadelphia Phillies and the New York Mets. As Tankersley recalls, the profile explained how, after a bout of financial mismanagement, Dykstra used what proceeds remained from his major league baseball career to buy some land and build a carwash. The business proliferated into several stores, and in the end, Tankersley recollects, Dykstra sold the carwashes for more than he had made in his major league career.

“And so, I thought to myself, ‘If Lenny can do this, I can do this,’” Tankersley recounts.

Unfortunately, it would be well over a decade before Tankersley’s carwash plans came to fruition. In 2007, Tankersley and a group of other interested businessmen got together to try to start the business. However, Tankersley couldn’t get the bank to agree on how to manage the ground lease and equipment funding, which slowed down the process. Then, the Great Recession hit, and the group had to table the idea for the time being.

Around a decade later, Tankersley started trying to figure out what the next career phase of his life would be. He and his business partner owned a property and casualty insurance agency, and as Tankersley revisited the prospect of owning a carwash, he discovered that the two businesses shared very similar revenue models.

According to Tankersley, “The revenue model for a carwash actually emulates the revenue on a property and casualty insurance agency. A large part of the property and casualty insurance agency revenue is residual income. Well, the residual income with the carwash model is club members that reoccur every month and also the appreciation of the real estate, if you’re not on a ground lease. It was attractive to me because it was something that was new and different. It was something that I tried to do in the past, [and], once I had the ability to do it, I dived right in.”

So, Tankersley and his business partner sold the insurance agency to an agency conglomerate, and while Tankersley still retains employment there for his day job, he used the funds from the sale to find a site for the carwash and build it. Finally, after years of laying as a stagnant idea in Tankersley’s mind, The Watershed opened its doors on Aug. 3, 2018 in Kissimmee, Florida.

Let the customer create the experience

For Tankersley, creating The Watershed has been about creating an all-encompassing experience for the customer, no matter what service tier he or she purchases. If a customer only feels the need to purchase a basic wash and use the free vacuums, Tankersley wants that customer to feel that the wash was worth the price. The same goes for the customers who buy the premium packages.

Delivering that experience starts with the equipment. As a brand-new wash, Watershed invested in all-new, state-of-the-art equipment. “We don’t want to have to retrofit this wash in two years or five years. We want this to be the leading edge stuff,” Tankersley notes.

Customers can begin their experience by using the designated self-serve bug prep stations before the tunnel. Then, they will proceed into the tunnel itself, which is 130 feet long and features a stimulating LED light show. The light show has a two-fold purpose of entertaining the customers while also highlighting the wash processes, allowing customers to see exactly how their cars are getting cleaned. At the end of the tunnel is buff ‘n’ shine equipment and automatic tire shiner, which Tankersley says is still somewhat rare to see in the industry.

After exiting the tunnel, customers can park in one of 27 free vacuum stalls. The dual vacuum drops feature two types of nozzles: the classic triangular head for carpet and upholstery cleaning as well as a narrow, single-edged nozzle to get into crevices. Each stall also has a compressed air gun, the original purpose of which was to allow customers to blow out crevices in the car, but Tankersley has also been pleasantly surprised to find several customers lifting up their hoods and blowing out their engine compartments. To him, such behavior has reinforced the fact that this is a niche but desired feature. The vacuum area also has automated mat cleaners with options to shampoo and dry floor mats.

As if that weren’t enough, there are also designated vacuum stalls just for those who purchase the premium packages. Watershed calls these the “red carpet” areas, where customers have access to carts with towels, window cleaner and tire shine. Tankersley has seen people detail their cars for 30 to 45 minutes in these stalls, but that doesn’t bother him in the least.

Whether it’s a quick in-and-out or a self-detailing session, Tankersley says, “We want to try to give the customer the ability to have the level of customer experience that they choose. We want folks to come in and pay a fair price and get a quality wash that’s actually going to last more than just a couple of days. And, we want these folks to have the ability to be as comprehensive [as they want] with the type of wash that they want for their car.”

Watershed also adds on special experiences for the holidays. For instance, the company had a trunk or treat at Halloween, elves who gave out candy canes at Christmas, roses on Valentine’s Day and an Easter promo. “We incorporate all the major holidays because people are happier [during these times of the year], and they look forward to something, and so we want the carwash to be part of that,” Tankersley explains.

Part of the community

Community has always been of utmost importance to The Watershed, whether it be the environment itself or the people living there.

For instance, from the very beginning in developing the site and building the carwash, Watershed sought to be eco-friendly. Recycled material was used in the building construction, and concrete was poured for the parking lot, sidewalks and easements in lieu of asphalt. Watershed also reclaims a significant portion of its water and has a self-cleaning pit.

Leaving as little an environmental footprint as possible is only one way that Watershed contributes to the community. What Watershed truly takes pride in is being a business that provides both employment and services to the area.

Tankersley considers the carwash’s staff as part of his family. Watershed employs four or five full-time workers, who make a living from these jobs, as well as three to four student-age part-timers. The community is predominantly Hispanic, so the vast majority of Watershed employees are bilingual. However, the best thing about the employees, Tankersley notes, is how they care about the carwash like it is their own and want to help it thrive.

“I think the thing that’s important to know as a new carwash operator was a lot of the feedback that we got where we could make things better at a much more expeditious fashion [came from] listening to our employees,” Tankersley asserts. “They’ve come up with wonderful ideas on the red carpet treatment that the folks have. They came up with ideas on a new menu item that was introduced, which was based solely on feedback from customers.”

Tankersley and The Watershed’s workers have also established friendly relationships with their other commercial neighbors — the 7-Eleven, the Walmart, the ice cream parlor and even the funeral home.

And, when Tankersley walks his lot and talks to customers, asking them how they feel about the carwash and any improvements they might suggest, he says, “The overwhelming response I get is this is a good business and, ‘You guys are doing a good job,’ and ‘We appreciate you being here.’ And so that to me is very self-actualizing,” Tankersley confides.

A word to the wise

Every carwash operator faces challenges, but the ones new operators face are especially unique. According to Tankersley, there were two challenges in particular that, though he originally felt sufficiently prepared for, showed him that he truly did not know what to expect until they happened.

The first challenge he came across was developing a raw land purchase. The most unexpected anecdote that he recalls is that, about a month before the carwash opened, the developers discovered a large pipe underground on the outparcel. However, neither the civil engineers, local water authority nor even the municipality itself knew what it was, for it was not outlined on any of their plans. After all this back-and-forth, they ended up having to cap and remove the pipe, which ended up costing an extra $6,000 or $7,000.

“And so you can laugh about it or cry about it,” Tankersley says in regards to such unexpected problems. “We laughed. The challenges of site development were certainly something that was, ‘You don’t know what you don’t know until you know it.’”

The second challenge, Tankersley states, was understanding the sheer scope of maintenance involved in a tunnel carwash.

“As a new operator, we think to ourselves, ‘Well, this is new equipment — it’s under warranty; there’s not going to be a lot of wrenches that you have to turn in the tunnel.’ But what I’ve found is that it’s a chain reaction inside the tunnel. If one part of the tunnel — a piece of equipment or calibration device is off … you have to address it, and if you don’t, it affects the entire tunnel very soon.”

It came as a shock, at first, that they were undergoing so much maintenance (aside from just cleaning the tunnel) every week, but Tankersley now understands how important it is that everything must be measured and checked to maintain consistency and to keep everything in proper working order.

However, every challenge has its rewards, and for Tankersley, the rewards of starting a carwash have been the ties to the community that The Watershed has created.

“The most rewarding thing for me is, it’s really cool … as a business owner to pull up on your site and you see the vacuum bays packed, and you’re not just calculating the revenue in your head that day, but what you’re doing is you’re looking at how [you’ve] become … a really good neighbor in the community,” he says.

Of course, Tankersley also admits that while they’ve done a lot of things right, he’s still learning as he goes, and he knows there are things they can and will do better. “And, I will say that the cooperation that I’ve gotten from other carwash operators in terms of them giving me advice and trying to steer me in the right direction one way or the other has been overwhelmingly positive,” he adds.

So far, The Watershed has been a success this year, with each month being more profitable than the last, save for one. This success and the joys that have come with owning a carwash have given Tankersley a new dream for the future. 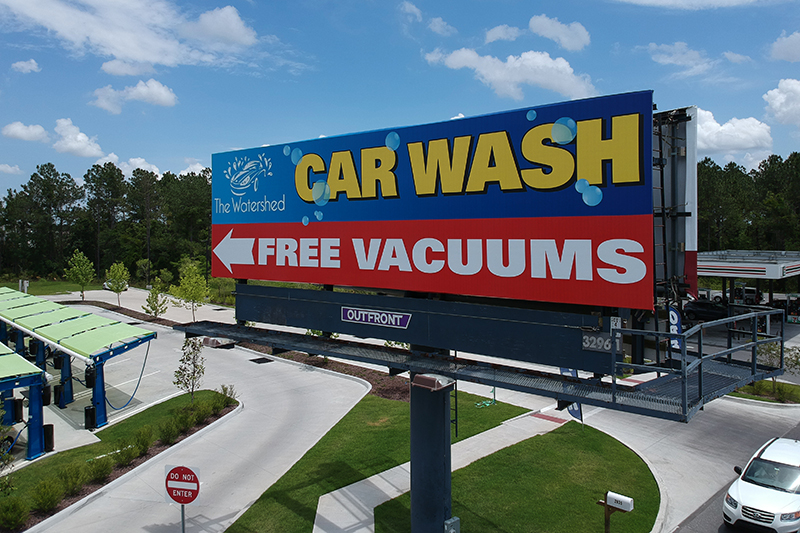 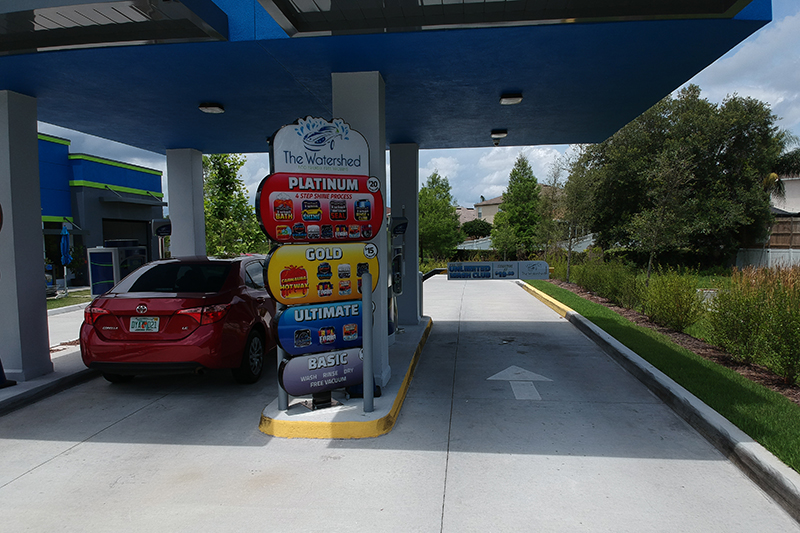 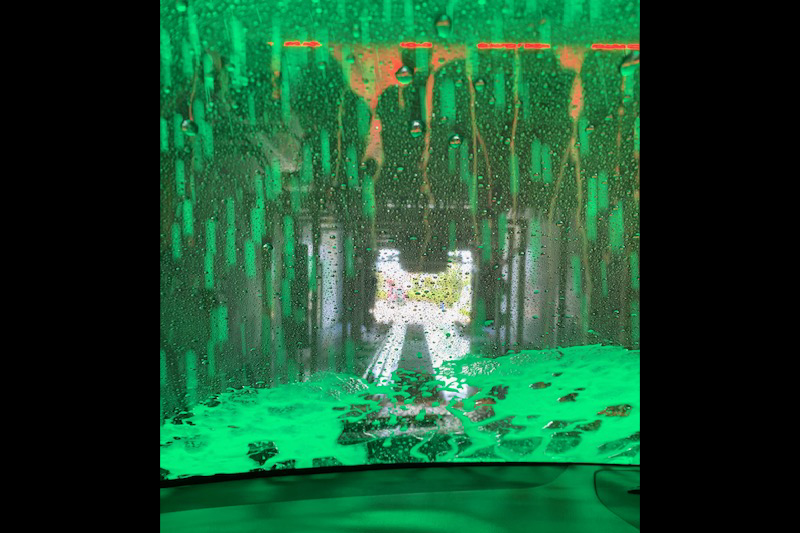 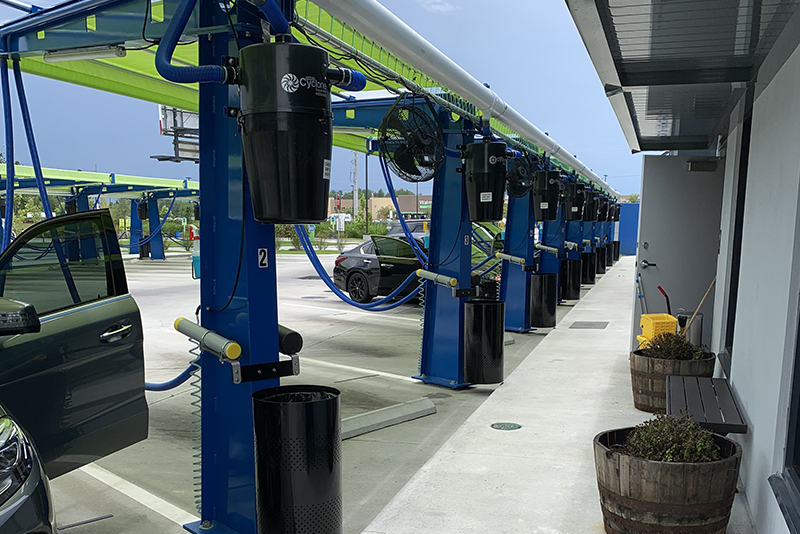 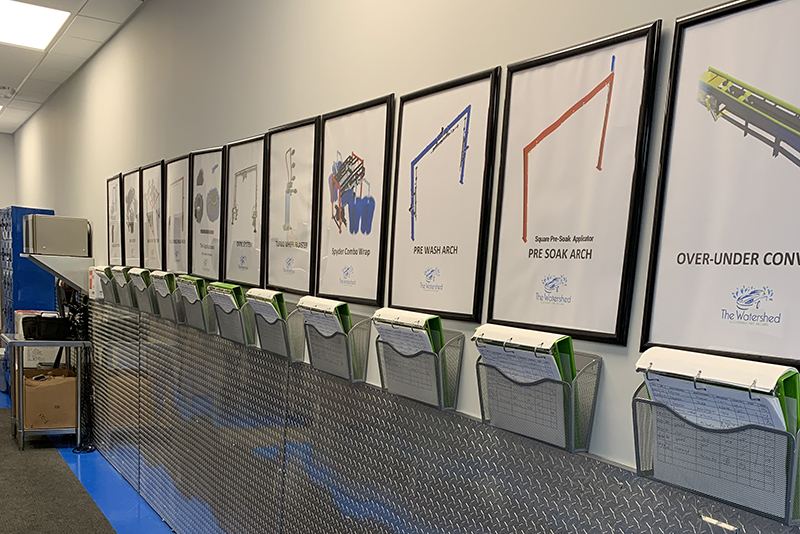 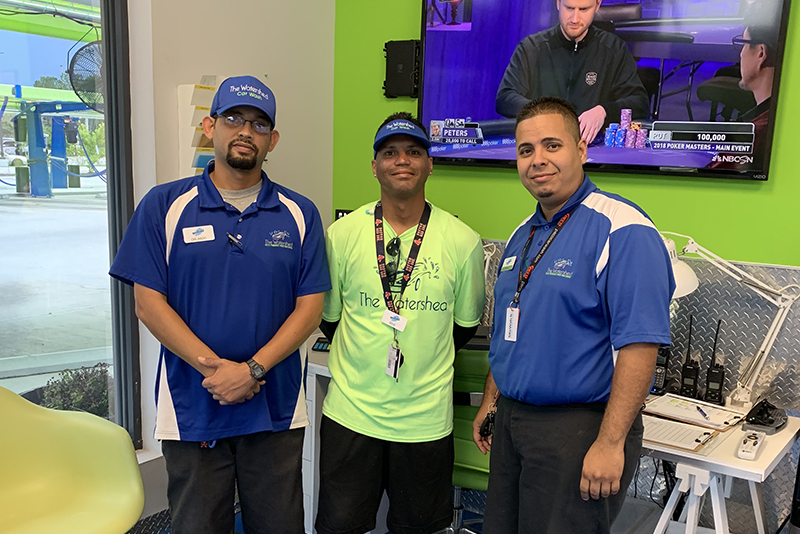 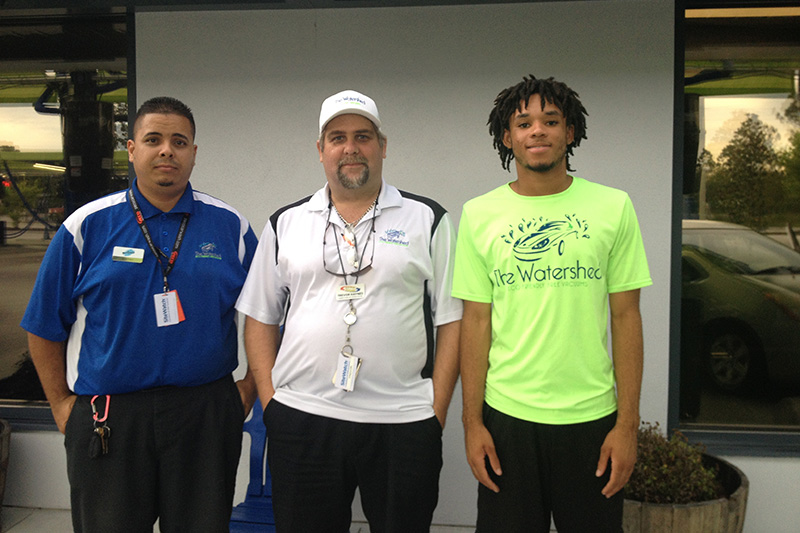 Conveyors and Tunnels: The 2019 Top 50 List of Conveyor Carwashes

Profiles of carwash success: The Watershed