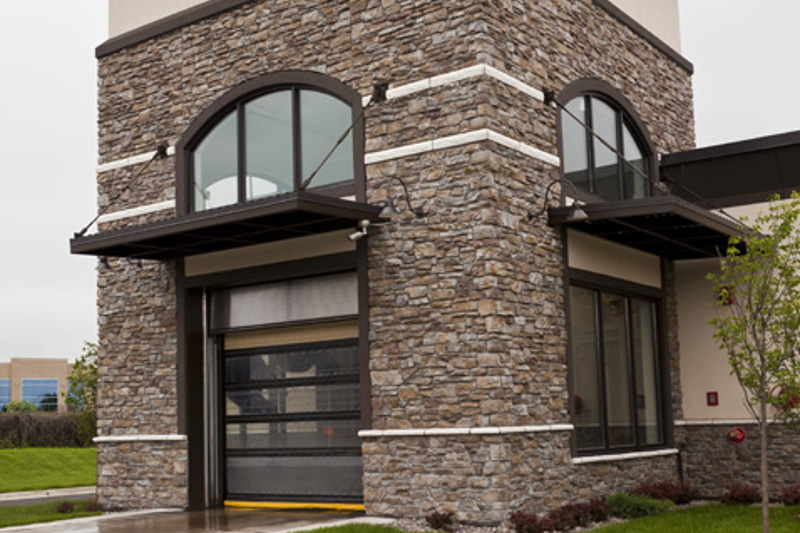 In the early 1980s you could get a carwash for just 99 cents with gas. It was usually a do-it-yourself carwash using a brush machine with soap and water. Customers’ carwash choices were limited, and so were the types of doors available for these facilities.

At that time, steel-insulated doors dominated the industry. Limited features on these doors included galvanized hardware with black steel springs and shafts. Most door openers were electric chain drive, and either a jackshaft style or trolley (drawbar) style. Both opener types struggled in the carwash environment because the chains would rust and break.

The inability to withstand the often harsh environment of a carwash left owners and operators frustrated because their doors were not long-lasting, and their bays were often dark and dingy. Furthermore, corrosion was also generally an issue and maintenance was constantly required.

Something needed to change. As a result, manufacturers of carwash doors set out to find an enduring solution.

With carwash bays in mind, an air-powered cylinder was created and implemented on some models to open and close doors. Using air was a convenient solution since most carwashes already have air supplies. This function eliminated the need for electric motors, relays, limit switches and other materials which did not prevail in such a corrosive setting.

By removing these components and constructing cylinders of aluminum with a stainless steel bracketing, the result was a cylinder that could operate at high cycles and last much longer in the demanding carwash environment. This was still a jackshaft design, but it utilized a coated chain to withstand water and chemical spray. The aluminum cylinder was developed so that it could be easily rebuilt with a new seal kit.

In addition to openers, carwash doors also had their list of problems. Back then, most doors utilized torsion springs for balance. These springs quickly became problematic because they would rust in the bay and drip down the front of the door, leaving behind stains and causing the carwash to look run down.

These springs were designed to cycle up to 10,000 times before breaking down, and they could only withstand a certain amount of weight. Many carwash bays in the 1980s used insulated doors which, over time, absorbed enough water to increase the weight of the doors by almost 25 percent. This extra weight would wear down the springs even earlier, and a door would become off balance, resulting in more problems with the additional hardware.

Polycarbonate doors also allowed light to pass into the bay, creating a more inviting environment for customers. This type of door became popular among carwash owners and operators and continues to be a leading option today.

Shortly after the release of the polycarbonate door, a counterweight system was created that resolved the need for torsion springs. The system operates with the use of a belt and stacked weights to open and close a door, eliminating springs altogether.

This equipment requires no maintenance and has a low cost strap replacement, lasting five times longer than torsion springs in the carwash bay.

By mounting the counterbalance system on the side of the door instead of over the top, the equipment also eliminates the problem of rust from the springs dripping on the door.

Even though these dramatic changes have significantly improved the operation of carwash doors over the years, the evolution continues. More options are now available, including stainless steel or plastic hinges, plastic tracks, stainless steel shafts, e-coated drums, stainless steel cables and stainless steel/plastic rollers. All these enhancements have been instrumental in making door packages more efficient while also drastically increasing their overall lifespan.

Likewise, openers also continue to improve. For example, a drawbar-style opener was introduced to the market in recent decades. Similar to the openers of the past, it fastens directly to the door, and pushes and pulls on the door to open and close it. However, the new designs are constructed of all stainless steel or aluminum and eliminate the need for chains, sprockets and other hardware that can break down in the carwash.

This direct drive-style opener has more power than the standard air operator, allowing carwashes to remain open in colder temperatures. This equipment also eliminates the ability for cables to come off the drum — one of the most common problems with overhead doors over the years.

Another noteworthy advancement was also introduced in recent years. Although the vinyl rollup door is not new to the industry, its use in carwash applications has recently become increasingly popular. The main reasons for attraction to vinyl revolve around the faster speeds and its breakaway capability if impacted. The rollup doors have the ability to pop out of the track on impact and automatically reset on the next cycle.

Along with these features, extensive modifications — such as a tighter weather seal to eliminate any air gaps, stainless steel and corrosion-resistant construction and hardware, and the elimination of cables and rollers — have helped to prove the effectiveness of this door style. However, one concern of rollup doors is the level of security provided.

Moreover, although electric motors were mostly replaced with air operators over the last few decades, electric motors have been reintroduced with rollup doors. To prohibit chances of corrosion, the new motors include stainless steel drive shafts and coated windings. These improvements, along with a separate sealed control panel, have considerably improved previous designs.

Furthermore, utilizing a variable frequency drive (VFD) in the control panel actually converts power from a 110V supply to 240V — a three-phase power to the motor. The VFD control also gives the operator the ability to adjust the speed of the door based on his or her preferred settings.

When it comes to the future of carwash doors, as the old saying goes, “The only thing that is constant is change.”

Jim Johnson is the general manager of Airlift Doors Inc., a leader in the commercial door business, and has worked with the company for more than 30 years. 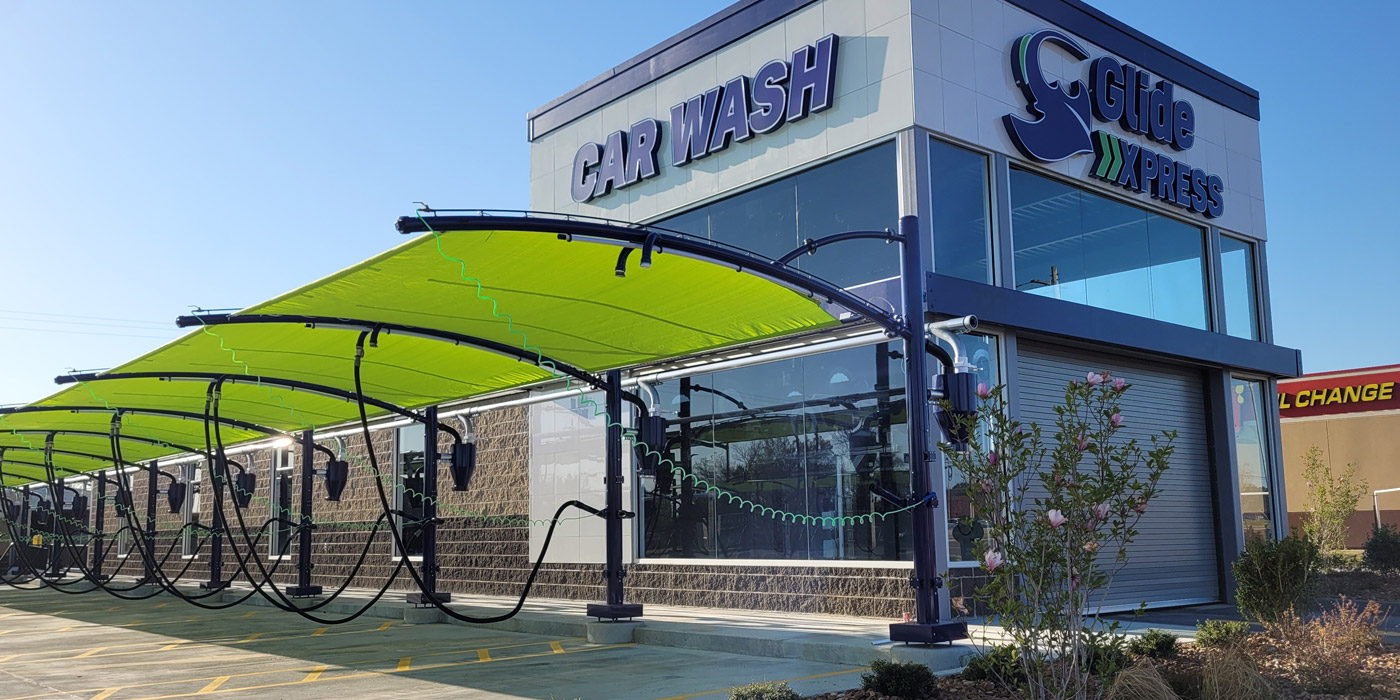 Are you ready to buckle up with this conveyor system?

Investing in modern surveillance technology can promote
safety and protect your business.