Business
Mentioning the mentors
People who are making an immeasurable impact every day.

The carwash industry is facing headwinds

The carwash industry is facing headwinds 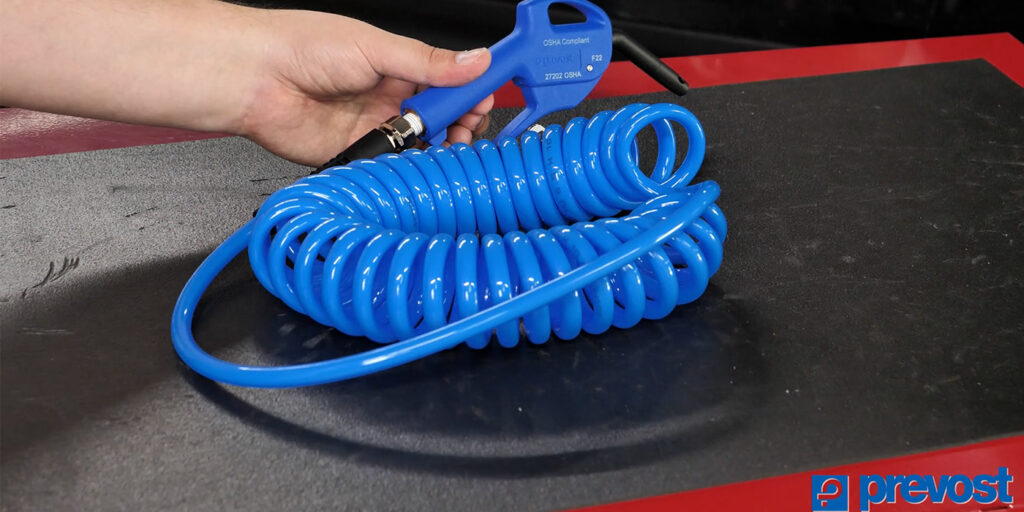 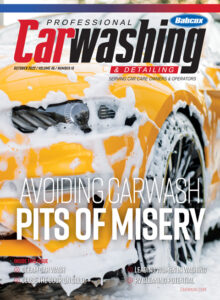 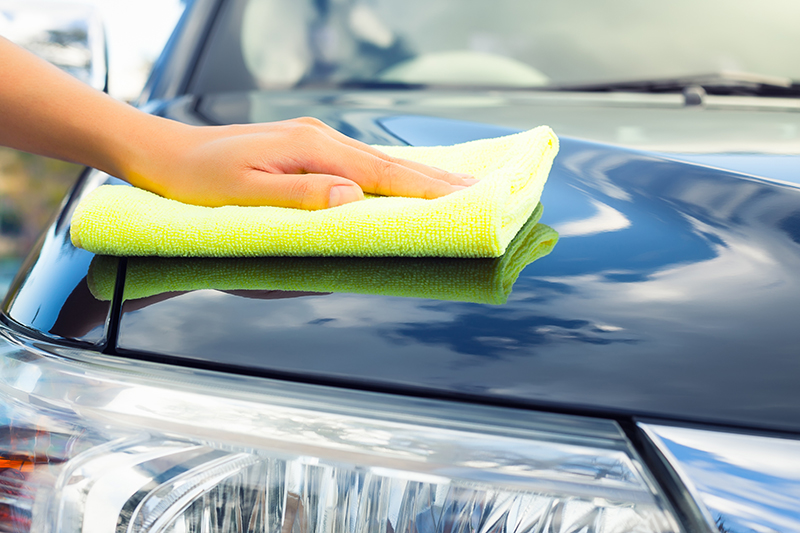 Why one of the oldest tools in carwashing is still one of the most important.

Since the earliest days of professional carwashing, towels have been an important item in the worker’s cleaning arsenal. The chain-driven washes of yesteryear depended on soapy towels and employee labor to clean customer vehicles as they were slowly pulled through rudimentary tunnels. While mitters and brushes now drive the automated wash process, it is important for new operators to understand that towels are still crucial for a number of services — even for today’s technology-driven locations and advanced detail operations.

Though they are an older tool, new materials have driven an evolution in the use of carwash towels. Commercial-grade microfibers offer improved cleaning performance with increased water absorption, and there are now a variety of specialized towels available that carwash operators should consider. Further, there are proven methods where towels can be called upon to boost loyalty programs as well as drive customer satisfaction.

Joe Gartland, owner of Towels by Doctor Joe, states that multiple traditional towel uses still apply when it comes to the modern carwash. Many are utilized for various cleaning and detailing services, but the towel’s primary responsibility is still drying. In today’s exterior and express tunnels, some locations provide a basket of damp, clean towels at the tunnel exit so customers can dry their own vehicles. The customer may use the towel to fully dry the windshield or to spot dry other areas of the vehicle.

Valerie Sweeney, vice president of ERC Wiping Products Inc., notes that popular carwash towel uses include cleaning windows, applying wax, other detailing services and wiping wheel wells and door jambs. “The main types of towels used are terry, microfiber and huck,” she explains. “Terry is popular for drying the body of the vehicle. Smaller microfiber is popular for the windows and interior cleaning, while larger microfiber is ideal for the body. Huck towels are still popular for windows.”

The car care industry’s shift from the use of cotton towels to microfiber towels started incrementally around 1999 and grew through 2012, according to Gartland. While it seems that overall towel use in the industry should have decreased due to the express wash format and locations with fewer employees, the carwash towel business continues to grow. “Last year, our business grew 17 percent, primarily from microfiber,” he explains. The addition of à la carte services at express locations also generates the continued need for carwash towels.

One popular towel offering that many operators have added is a towel replacement program. Gartland says that carwashes purchase microfiber towels with fairly unique coloring — like a black towel with a red band — that they’ll then sell to the customers to dry their own vehicles. The customer only has to buy the towel one time. Each time he or she brings the dirty towel back to the carwash, it is replaced with a clean one for free.

“Owners look for unique towels, like a unique color or unique type of towel, so that customers can’t just bring any kind of towel back,” Gartland notes.

In this instance, operators favor a towel with a dark color, like black or charcoal, and a color band. The dark color has proven smart because no one can predict what a customer will do with the towel. “They’re going to clean their shoes with it, check the oil, whatever,” Gartland reveals. “That black towel will wash up nicely because the customer can’t make it black; it’s already black.” Further, these seldom-seen towel designs can help a wash stand out as unique among its competitors.

Since towels are necessary and versatile tools for a carwash, their regular care routine is important. Especially since towels frequently come into contact with vehicle exteriors, keeping them clean and dirt-free prevents potential damage issues as well. Sweeney recommends the following care steps:

New terry towels will break in faster if they are first washed in hot water. If hot water is not available at a wash, an owner or employee can take the towels to a laundromat or commercial laundry and wash for a minimum of eight minutes in water at a temperature greater than 168 degrees F. Sweeney notes that terry towels can be washed with regular detergent, but employees should never use bleach or fabric softener. Bleach will break down the cotton fibers and create lint. Fabric softener will give the towel a better feel but will reduce its absorbency.

“All new terry towels will exhibit some lint. When a towel is new, lint occurs as a natural shedding process,” Sweeney says. After the towels’ first few washings, owners must make sure they are fully dried each time. Here, the loose lint will be caught in the dryer’s lint trap, so the trap should be emptied after every dryer cycle.

There are two more steps Sweeney shares to reduce terry towel lint issues. First, an operator or employee should use fresh wash water after each load; recycled water will retain lint. Next, old towels and new towels should always be kept separate. The lint from the older, deteriorating towels will transfer to the new towels.

The manner in which a carwash washes and dries microfiber can deeply impact the effectiveness of the towels’ performance, according to Sweeney. Microfiber is machine washable and can be cleaned with regular detergent. Much like terry towels, bleach and fabric softener should not be used on microfiber. Fabric softener will clog the small, wedge-shaped filaments of the microfiber and render it useless. Bleach will take the color out of the towel.

Next, microfiber towels need to be washed in cold or warm water. The water temperature should never exceed 105 degrees F. Also, microfiber needs to be washed with detergent, Sweeney notes. Even if the cloth was used with window cleaner, a separate washing detergent must be added to the wash. “The soap is what holds the dirt and removes it from the towel. Without soap, the dirt will go back onto the cloth,” adds Sweeney.

More importantly, microfiber needs to be dried on the coolest setting, either permanent press or air fluff, Sweeney states. Also, employees must allow time for a dryer to cool off if the previous load was hot, which it normally is. Because microfiber is made of polyester and nylon, high heat will cause melting, which will close the material’s wedge-shaped fibers.

“All play a role in the care of your towels. It is important to know that once you adjust one of these, you will need to compensate somewhere else,” she says.

As many carwash owners may look to buy bargain towels, Gartland says that the types of microfiber available from car care market distributors are made for commercial use. Various types of towels can be made cheaper to meet a price point, but the carwash owners that buy commercial microfiber will notice many differences.

First, commercial-grade towels can be washed hundreds of times before they will wear out. An inexpensive microfiber that was made for a bargain store can survive being used 40 to 50 times a year compared to being used 50 times a day at the typical carwash.

Another advantage is that the towels distributors sell are available in different colors, textures and thicknesses. Overall, they are not created to be “one-size-fits-all,” but they are towels made to be task-specific. One example would be an extreme lint-free glass towel that cannot be bought at discount stores.

Gartland states that this type of towel is expensive to make, and the resulting price means the general consumer would likely not purchase it. Since distributors are able to buy large quantities of this type of towel, many are able to supply it at a price point that’s reachable for carwash operators.

In some instances though, the towels available at discount stores may be a smart buy for a carwash owner. “If you have a carwash where people are stealing the towels, then I would recommend buying seconds or the cheapest possible towels,” Gartland says. “The stolen towels never get to wear out. So, they have a place in our industry, but not in the commercial application.”

Convenience is a factor that Sweeney recognizes for operators who utilize a towel distributor. Towel distributors work closely with many carwashes, and they can help a carwash owner or manager select the right towel to meet a location’s needs. Distributors can also keep track of a location’s order history, making it easy for an operator to reorder.

Sam Albertson is a freelance contributor.

Starting a Carwash: What’s the plan for entering the carwash industry?

Starting a Carwash: Setting up for carwash success