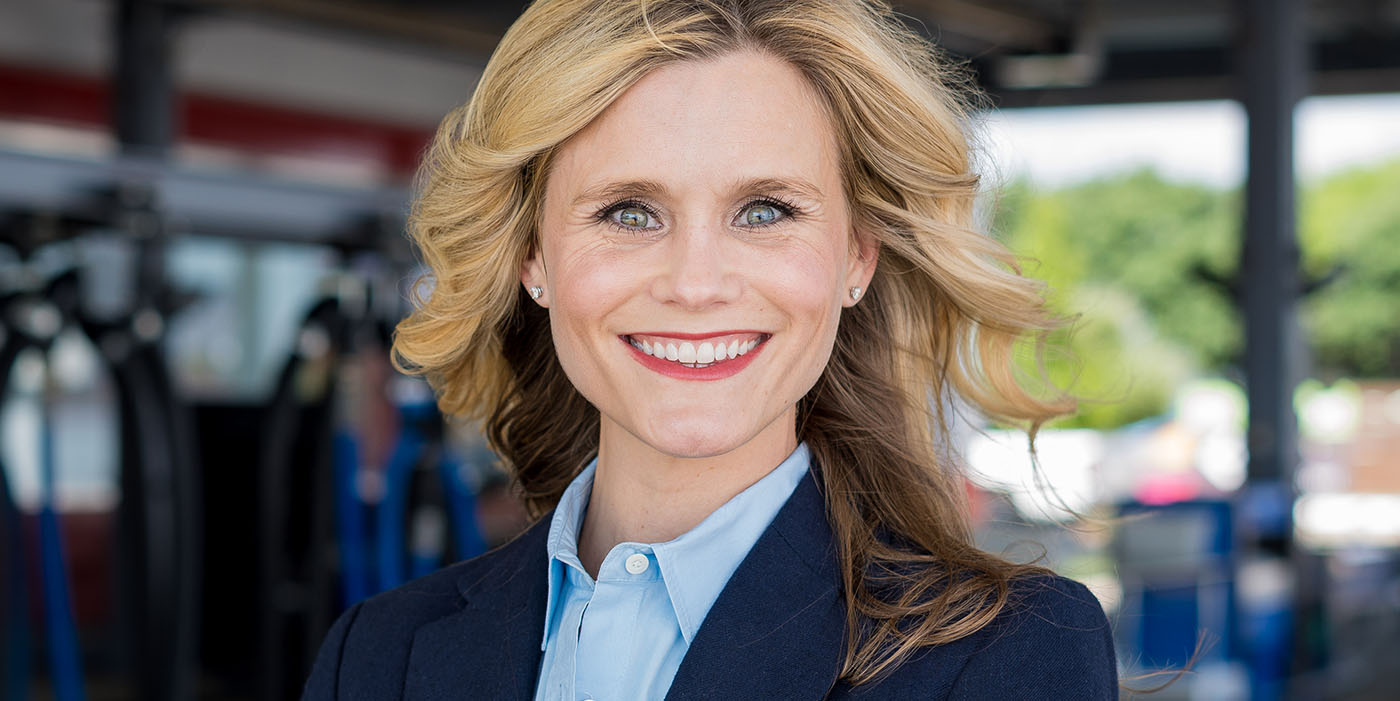 The landscape has changed, and opportunities abound for females in the industry.

History and retrospect are sometimes not-so-funny things. When it comes to the treatment of women in the workplace, what was once encouraged as acceptable behavior and attitudes from previous decades and generations are now viewed as abhorrent and sexist. With a shift in thinking, education and awareness, crude comments and inappropriate behavior against women have now been replaced with opportunities and respect at many companies. For trade show goers, scantily clad “booth babes” are now seen as an offensive, antiquated and unacceptable ploy to lure like-minded men together. Change, in these regards, have helped advance our industry, and leading women are taking center stage at many top companies in the automotive industries, including carwashing.

No time to read this article? Listen to it instead!

Six years ago, Mary Barra made headlines in the U.S. by becoming CEO of General Motors and the first woman to run a major automobile manufacturer.

However, looking at the data and speaking to the women we interviewed for this article, while progress has been nice to see over recent decades, for many females, change has been slow and is still evolving. According to www.catalyst.org, although females represent almost half the U.S. labor force, they only account for about a quarter of the entire automotive workforce. As noted by the site’s statistics, women held 23.6% of jobs in the motor vehicles and motor vehicles equipment manufacturing industry in 2019.

When it comes to c-suite positions in these auto industries, too many women are still standing on the sidelines. For example, www.catalyst.org cites a report from the U.S. Equal Employment Opportunity Commission: “In the motor vehicle and parts dealers industry, women made up the majority (74.8%) of office and clerical workers in 2018 but were underrepresented among higher level positions like first/mid-level officials and managers (18.1%) and executive/senior-level officials and managers (17.6%).”

We reached out to several women in the professional carwashing and detailing industry to celebrate their accomplishments and get their perspectives on being leading ladies in carwashing.

Females are showing up

Sonia Swenson, co-owner of Austin, Texas-based Arbor Car Wash, has witnessed the emergence of women in carwashing first-hand. Thirty years ago, Swenson and her husband decided to venture into the market by way of selling carwash dryers. Now an owner and operator of five washes in the surrounding area, Swenson sees progress but adds that there’s more work to do within the industry and in society as a whole.

“Thirty years ago, my husband and I would go to these [carwash trade] shows, and there would barely be any women there. It was me, some wives and one or two others, so it was … awkward,” recalls Swenson, who also expressed encouragement regarding female attendance at recent carwash events.

Others have confirmed that the small contingent of women at these early shows shared that awkward feeling. According to Brenda Jane Johnstone, a 20-year carwash veteran as well as owner and publisher of Convenience & Carwash Canada, the first carwash show she attended featured about 8,000 attendees, and only 200 of them were female.

“And, all the women walked behind the men and wouldn’t talk. So, I would go to the booths to learn more about the equipment, and no one would speak with me,” recounts Johnstone, who is also encouraged by the emergence of female attendees at today’s carwash shows. “It’s really interesting to see the leaps and bounds that the industry is taking with regards to giving women opportunities, because it was always considered a male-dominated industry. Now, women are getting into the industry because it’s fun and they can.”

Johnstone was so inspired by the acceleration of women in carwashing that she started an annual event called Women in Carwash™ (www.womenincarwash.com) where females gather, network and learn from each other’s experiences and challenges. She has noticed increased interest and attendance, including among younger generations.

“At the last Women in Carwash™ conference, we had five young women attend, and one was 19 years old and was only in the industry for two weeks at that time,” explains Johnstone.

Regardless of the exterior packaging, the industry’s performance and future are only as strong as its brightest minds and rising stars. Providing intelligent and talented females with opportunities in this field elevates our entire industry. Then, offering a comfortable workplace environment that caters to women will help ensure their contributions are effective and long-lasting.

There is no doubt the carwash industry was built on family businesses. And, while the sons and daughters of carwashing families still play an important role in the business, the industry has shifted, with more professionals — including women — from the outside seeking careers in carwashing and detailing.

Lanese Barnett, vice president of TG Miller & Co., serves as one example. “Over the years, I’ve found there is an assumption I joined the carwash industry because it is a family business. While I’m not offended, it’s not true,” she educates.

Instead, as Barnett explains, she entered the industry by interviewing for a position at her current company, worked diligently over the last decade to gain industry knowledge and sharpen her professional skills, and eventually advanced into a leadership role. Now, she wants her story to serve as a reminder to other females that they can have a similar career path in carwashing.

“The challenge is demonstrating that women can have a profitable career in this industry, so it is a consideration in the first place. It starts with visibility. The more women are championed and highlighted in our industry, the more other high-performing women will realize there are opportunities for continued career advancement,” proclaims Barnett, adding that her company’s three units employ about 50% female staff in a full spectrum of roles. “Our company is a firm believer that a highly diversified workforce is highly beneficial to our success.”

As mentioned, the first hurdle for many women, especially younger women, is that they simply don’t view the carwash industry as a viable career path, which is an incorrect assumption, since the market offers a wide variety of jobs to suit a multitude of skillsets and interests. As for this thinking, Barnett concurs, “I’ve been there.”

While hers was a “chance introduction” into the industry — one that she is now grateful for — Barnett wants interested females to know that there are also unique opportunities for women in carwashing these days.

“Because women are still emerging as leaders in an historically male-dominated industry, women have the chance to stand out and make an impression in a way that differs from their male counterparts. Don’t be afraid to make yourself known,” she advises, adding that regular event and trade show attendance can help elevate learning and networking.

Women at the wheel

While the increased presence of female workers in carwashing and detailing have been a natural progression of history, women aren’t just showing up to collect a paycheck. As noted by the accounts of the women interviewed for this article, female workers in this industry are often outperforming their male counterparts.

Swenson adds that women are detail-oriented, loyal and overall “great workers.” In fact, three of Arbor Car Wash’s managers are women, and Swenson has been impressed by their performance. “They will get in the tunnel and work with the maintenance guy … all the women have a genuine desire to want to do better. And, honestly, they are better than some of our male managers.”

And, adds Swenson, females can bring other intangibles to the table. “Customers actually like dealing with women more than men, especially women customers,” she notes. But, while women can shine when given the opportunity, bias still remains. Swenson notes challenges from a few employees who do not want a woman to be in charge. “It is very rare and usually when the female first starts as manager.”

As our industry continues to evolve, females bring other aspects to the table that will help the market progress now and into the future. The opportunities and challenges that come with generational and technological advances might be best handled with a female touch.

“Women can bring a whole different perspective to the industry. Women do things differently than men. The younger generations of workers and customers need understanding, listening to and need their feelings respected — it’s a different way of doing business. Even men have said to me, ‘Women are so much better at relating to these younger generations,’” asserts Johnstone.

Change is good, and many companies are embracing and encouraging more women to step forward for open positions and career advancement opportunities. Our industry must unite, implementing wages and benefits that attract and cater to women, and it must continue to create awareness among younger, talented females and those on the outside looking in that a profitable, stable career in carwashing and detailing is not only possible but also certain.

Want to learn more about how the industry recognizes and celebrates female accomplishments in the professional carwashing and detailing market? Be sure to check out the below Unscripted video interview with International Carwash Association’s Claire Moore.

Advertisement
In this article:employee relations, Profiles