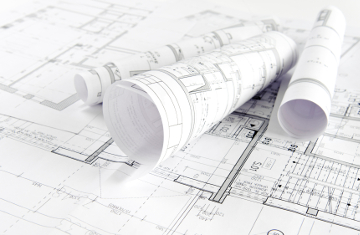 Carwash, c-store and detail shops are opening and expanding around the world.

Autobell Car Wash Inc. has renovated two carwash buildings for its newest facilities, according to a press release.

The company has established a Lawrenceville, Georgia, location on the former Four Seasons Auto Wash site, with Bryan Craig as the new manager. It is Autobell’s first Lawrenceville store.

All of the company’s washes treat 100 percent of wash water and recycle up to 100 percent.

Mister Car Wash now owns the HydroClean express carwash in Round Rock, Texas, according to a press release. The acquisition gives the company 152 washes and 32 lube centers across 16 states.

“HydroClean is a great carwash with excellent people,” said Warren Smith, regional operations manager for Mister Car Wash. “We are excited to bring them into the Mister Car Wash family and add what we can to the strong foundation they’ve built.”

Smith added the chain plans to continue HydroClean’s tradition of helping the community. “HydroClean has always had a good relationship with Cedar Ridge High School, and we plan to carry on that tradition.”

Mister Car Wash employs about 125 workers in the Austin area. The business is an operating company of Leonard Green & Partners LP.

Crew Carwash plans to begin construction on its first location since its reorganization with Mike’s Carwash last fall, according to Insideindianabusiness.com.

The company’s 27th location will be developed in Brownsburg. The $4 million facility will employ 18 full- and part-time workers.

“We are eager to be growing again,” said Crew Carwash CEO Bill Dahm. “It’s been an exciting year for us, and we can’t think of a better community to launch the first new Crew Carwash than Brownsburg.”

The site is expected to open at the end of 2015. It will feature self-serve vacuums and an automated lane for loyalty program customers.

Crew Carwash is an exterior-only wash with locations in Central Indiana.

The first of two new Kwik Trip stores opened on May 20, according to Postcrescent.com.

The facility will be open 24 hours per day. It will be similar to other stores, except it does not feature a carwash, diesel or compressed natural gas (CNG).

The second new location opened June 4. It also does not include a carwash, diesel fuel or CNG.

Both sites formerly operated as Express Convenience Centers. Ribbon cuttings were held on June 10, and each store held a three-week grand opening with deals and coupons.

Customers received free washes until May 15. For each one given away, Flying Ace donated to Moms 4 Miracles and the Juvenile Diabetes Research Foundation.

The wash believes it’s important to give back to the community.

“We definitely wanted to be included in [Moms 4 Miracles],” added Dan Eisenhauer, managing partner for the business. “And for juvenile diabetes, it was a personal connection that we’ve been supportive of for a long time.”

Walmart on Campus has opened its fifth store on the campus of Virginia Commonwealth University, according to a press release.

There are four other Walmart on Campus stores in the U.S. The first store opened at the University of Arkansas in January 2011.

The store includes a pharmacy, groceries and other merchandise like fresh produce, dairy, meats, health and beauty aids and more.

Free samples were given out during a grand opening celebration.

Three local residents have reopened a carwash building under the name Firehouse Auto Wash, according to Fairfieldcurrent.com.

The old Magic Wash building sat vacant for three years before the new owners purchased the site. The previous owner had several other washes in the area as well.

The facility was on the market for 2.5 years, stated the realtor. It was originally listed for $120,000, but the price kept dropping until the owners purchased it for $58,000.

Firehouse opened on May 2. It has three self-serve bays and vacuum stations as well as an in-bay automatic wash bay.

The owners will run a Senior Day Special for the automatic bay. The bays also accept credit cards.

After outgrowing its facility, RB Collections will move to a new 12,000-square-foot building, according to Mcall.com. The business is a dealership and restoration shop for classic cars.

The business will spend $2 million in restorations to get the building ready. The site was previously occupied by A&B Meats. RB Collections will be adjacent to the America on Wheels museum.

Renovations include the construction of apartments on the second and third floors, a plan unanimously approved by the Allentown Commercial and Industrial Development Authority.

“We couldn’t have asked for a better location,” said co-owner Alex Ruozzi. “People will now be able to view beautifully restored vehicles at the museum and then see firsthand how those restorations happen at our facility.”

The new facility has space for 12 automobiles in the showroom and 15 in the restoration shop. Renovations to the building could take 18 months to complete.

Four people are employed by the business. With the new location the brothers expect to add to that number, giving them 10 to 15 workers.

Tesco Hand Car Wash has opened in the parking lot of a local supermarket, according to Liverpoolecho.co.uk.

Shoppers can have their vehicles cleaned while they shop. Services range from exterior-only to a full valet.

“We are very excited to be opening in Widnes,” said Joanna Graham, director of Waves Consultancy Limited and operator of Tesco Hand Car Wash.

“Aram Mhmud and Hassan Mohammed have undergone an intensive training course at our National Training Centre and have been certified as Autoglym Registered Operators,” she added. “They are looking forward to providing Tesco’s customers with a very high-quality carwash and excellent customer service.”

In celebration of the new location, Waves donated £105 raised on opening day to Prostate Cancer UK. The Widnes Vikings, the local professional rugby team, visited the wash and donated a rugby ball, which can be won via a Facebook competition.

The site will employ between three and four full-time workers.

A new business called C&C Auto Shine provides a variety of detailing services, which one of the owners learned from his father, according to the Gaston Gazette.

Owners Allen Connelly and Chris Allen opened the business in February. Connelly learned how to detail cars from his father.

Connelly began detailing vehicles for neighbors about one year ago. When he began to have a line of cars he was working on parked around his home, Connelly decided it was time to buy a storefront.

The shop features a waiting area for customers, plus surveillance cameras to keep the business safe.