The importance of being a political player - Professional Carwashing & Detailing

The importance of being a political player

It's the carwash pits 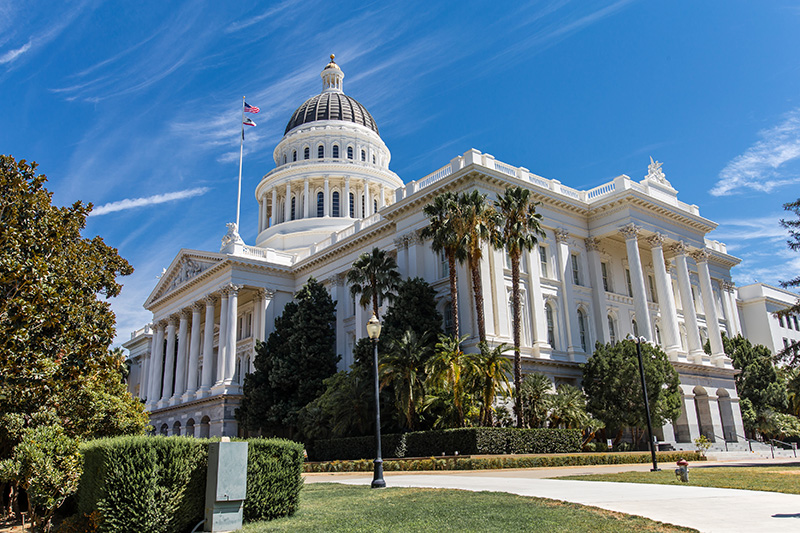 What happens in California doesn’t always stay there.

Laws in California are ultimately passed by politicians in Sacramento, but where those policies originate is often from somewhere outside of the Capitol. Indeed, the vast majority of California’s 120 legislators do not call our capital city their home, as they represent people from vastly different backgrounds from all corners of the state. After politicking in Sacramento Monday through Thursday, our state senators and assembly members go back to these diverse districts to enjoy time with their constituents, on whose behalf they spent the workweek representing.

As the saying goes, “all politics is local,” which is why it is critical for citizens to effectively voice their concerns to their political representatives. Without being told what issues to prioritize, lawmakers simply cannot know what types of policies to pursue during their time in office. In our state, many powerful interest groups constantly pressure politicians for favorable legislation, but ultimately, it is the voters of each district who elect their representatives and to whom the elected must be responsive.

A core component of any legislator’s constituency is the businesses residing in his or her district. Companies big and small not only employ members of the community, but in so doing, they provide a slew of economic benefits. These businesses and employees are also an important source of political support during the campaign season.

The power these businesses and organizations may have make them a crucial political player, making it even more important that legislators listen to these organizations’ concerns and act upon them while in Sacramento. Failure to do so may result in political blowback — perhaps even losing one’s seat in the next election cycle.

It is equally incumbent upon these businesses to ensure they have strategically conveyed their interests. There are many ways industry groups can engage with legislators, such as grand openings, ribbon-cuttings, tours, meet-and-greets or business roundtables. Regardless of the event, the objective of any engagement is to expose legislators to industry-related issues and educate them on the positive impact that industry has upon the district and potentially even the entire state.

The Western Carwash Association  (WCA) encourages its members to develop relationships within their districts through such methods of engagement to complement the advocacy we do in Sacramento. These local relationships are crucial, especially in the face of the extraordinary impact labor organizations have upon legislators in our state.

Labor unions are a powerful force in Sacramento, targeting members of the senate and assembly aggressively. While we share in their goal of providing good jobs in safe work environments, our approaches are substantially different. Labor’s influence has resulted in the passage of many laws, such as the recent increase in minimum wage and the carwash bond requirements, which threaten our members’ viability.

Given this substantial influence, our industry must be especially vocal on the issues affecting us. When legislators hear from local businesses in their districts, they become more receptive to our legislative advocacy, as their decision on labor-related issues now has a clear impact on their constituents.

In addition to engaging with current legislators, WCA organizes meetings with and has members participate in fundraisers for upcoming political figures in order to establish relationships that could benefit the association in the future.

For example, over the summer, WCA planned a meeting with Maria Elena Durazo, a candidate for Senate Pro Tem Kevin de Leon’s soon-to-be empty Los Angeles seat. As former executive secretary-treasurer of the Los Angeles County Federation of Labor, Durazo is widely recognized as one of the most influential labor union organizers in the U.S. Bearing those political ties in mind, WCA arranged a meet-and-greet between the association and Durazo to explain our organization’s mission and background, provide an alternative, business-oriented perspective on labor-related issues and, most importantly, establish positive rapport at the outset.

If elected, Durazo would not be sworn into the senate until January 2019, but having formed a relationship now benefits WCA immensely for the future. Instead of coming to her as a senator without ever having had any exchange, yet bringing forth potential political contentions, WCA will already have conveyed our interests and indicated our willingness to work with her.

As another example of strategic political engagement, WCA secured tickets for one of our members, Tricia Knott, owner of a Green Forest Carwash branch in Southern California, to a fundraising event for Senator Ben Allen.

The event was a U2 concert, so not only did Tricia enjoy the opportunity to attend an entertaining venue, but when asked about the experience, Knott reported, “I absolutely enjoyed and appreciated talking with him. It was an incredible opportunity. He seemed genuinely interested.

“I told him I wanted to be a resource for him when it comes to carwashing, water recycling, storm water — you name it. It was definitely a free-flowing conversation. My conversation with him was one-on-one.”

These are just two of several different ways in which WCA has engaged with present as well as potential political leaders.

No matter the method, WCA’s overarching goal in coordinating such engagements is always to convey our members’ interests, shed a positive light on our industry and leave a beneficial and lasting impression on the politicians. California’s political landscape is vast, complicated and oftentimes very controversial, but establishing relationships with the right people at the right time helps our organization navigate and accomplish our unique policy objectives.

For more information on the WCA and its efforts and actions, please visit www.wcwa.org.

Advertisement
In this article:Associations, regulations

Operations and Management: The 2022 Most Valuable Carwasher