Touch-free vs. friction: Can you have it all? - Professional Carwashing & Detailing 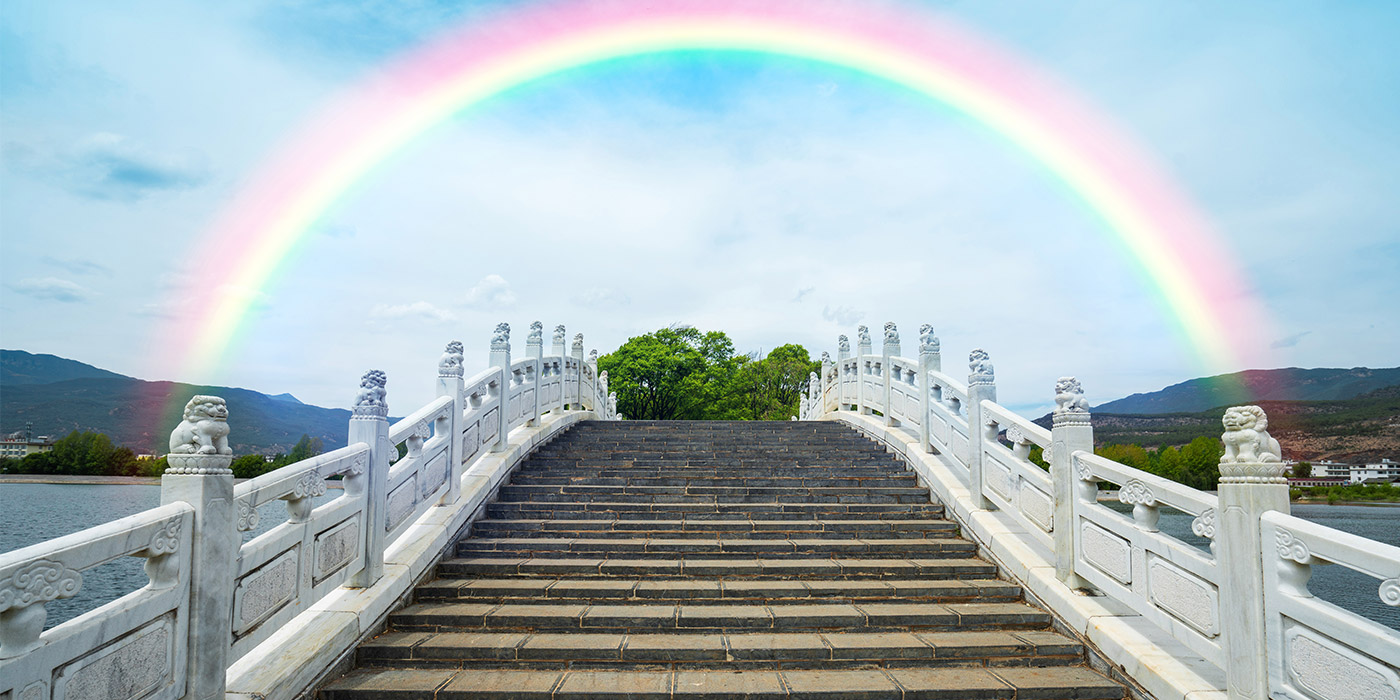 Business
Building a bridge loan
Who needs a rainbow when you have a bridge? 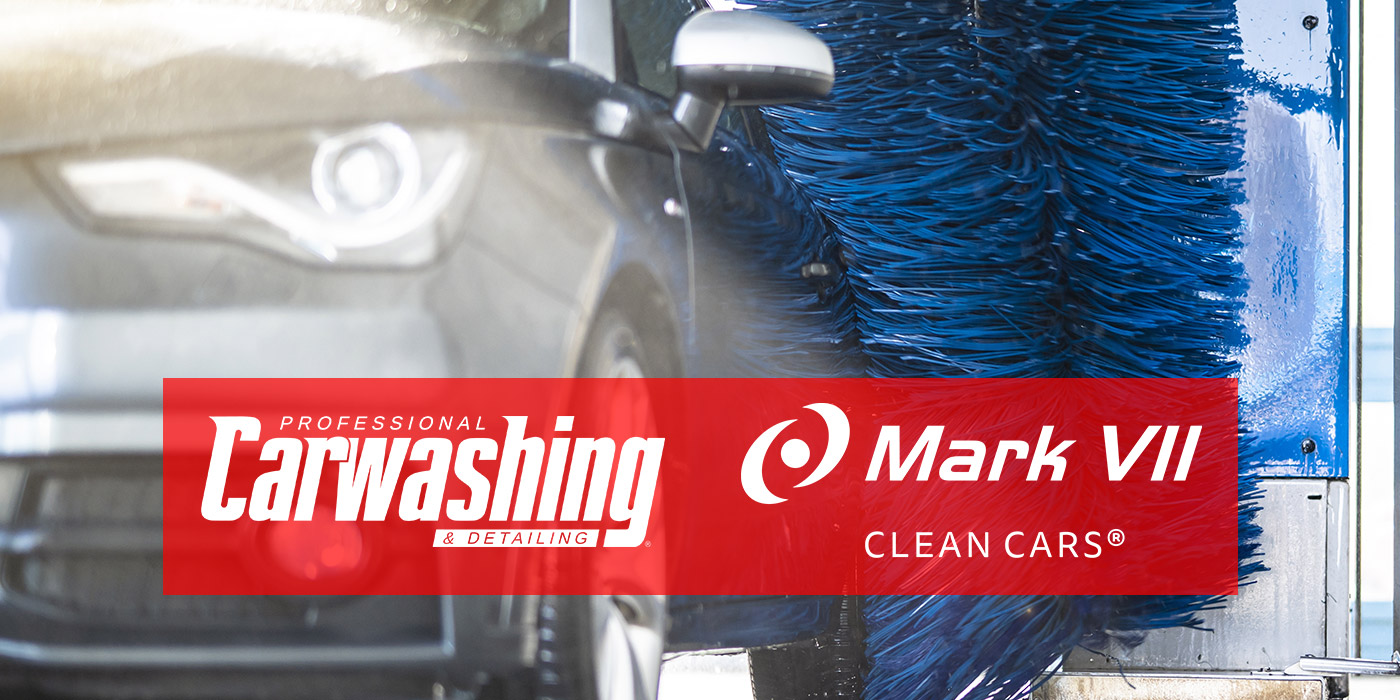 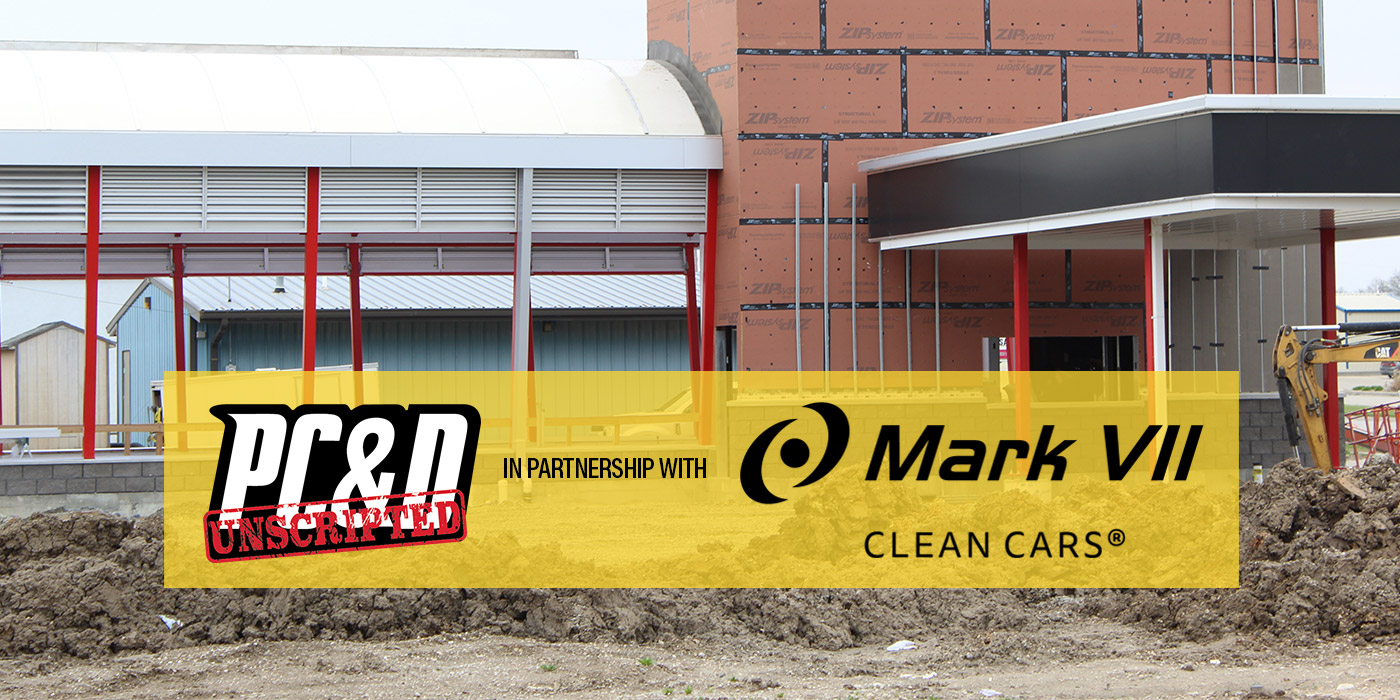 Wash Talk, Ep. 93: Previewing the Car Wash Show™ 2021
Senior Editor Meagan Kusek chats with the CEO of ICA who gives us a sneak peek of what to expect at the return of the show.

Wash Talk Ep. 94: Setting up for Carwash Success
Learn the process for planning and constructing a location that is built to win.
click here for more 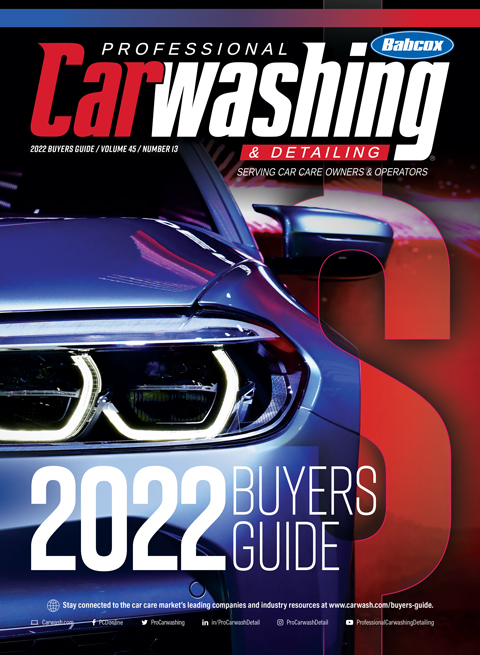 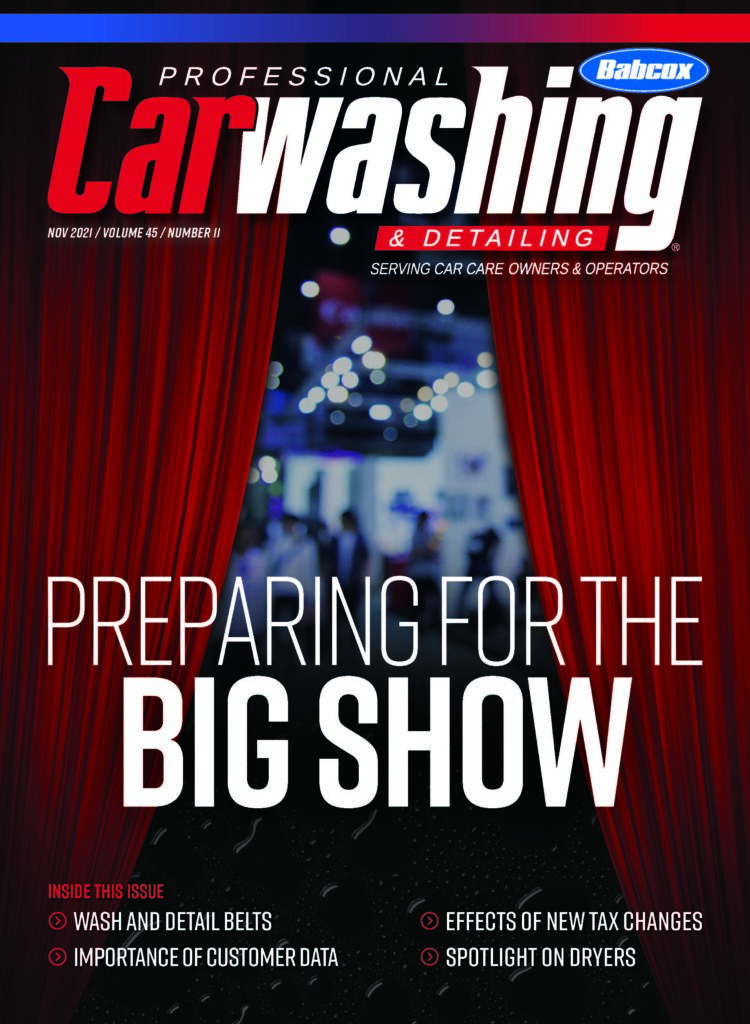 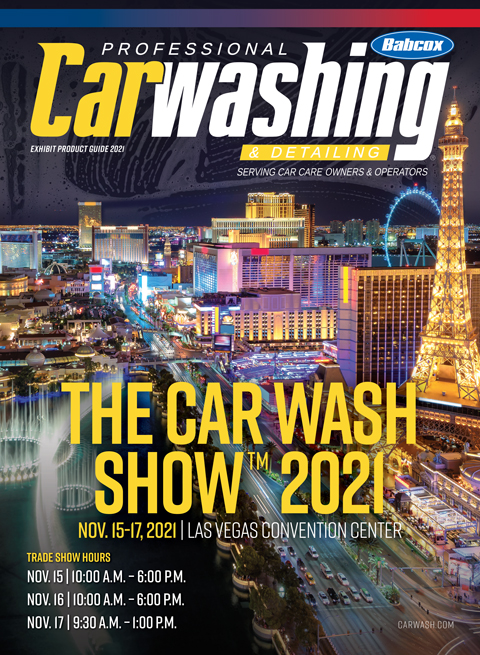 expansion
Top 50 issue on the move
Planning changes for the final issues of the year.
click here for more

Touch-free vs. friction: Can you have it all? 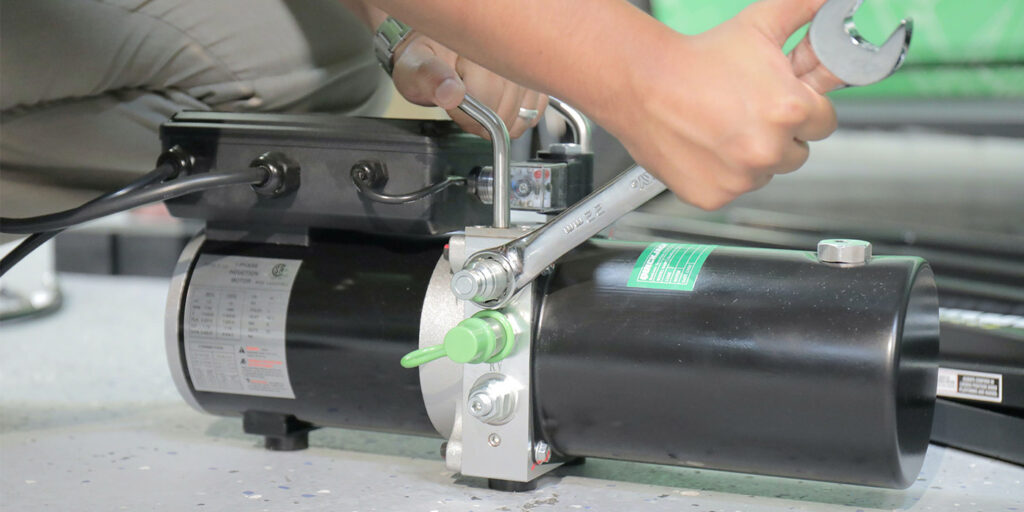 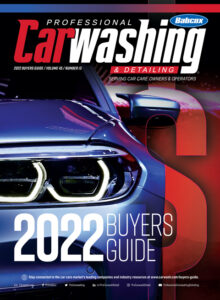 On this weeks episode, Meagan asks past podcast guests the same question: What mistakes do leaders make?

Learn the process for planning and constructing a location that is built to win.

The first question that confronts most buyers of in-bay automatics is: touch-free or friction? It’s a difficult question to answer because it depends on so many factors. Much of

The first question that confronts most buyers of in-bay automatics is: touch-free or friction?

It’s a difficult question to answer because it depends on so many factors. Much of a carwash’s success depends on this decision, but unfortunately it is usually one that has to be made early in the process — sometimes without a lot of perspective.

Touch-free: The touch-free people argue that their method is perceived as safer on the cars, eliminates the bulk of damage claims, and attracts a lucrative business of higher end cars with its scratch free reputation.

Friction: The friction people counter by saying that today’s foam friction technology is just as safe, does the same thing, and cleans the car better.

Not only that, but it produces a consistent clean and is not as complicated a process as the touch-free.

Touch-free: Response Claims that something still touches the car so damage claims can never be eliminated in a friction wash, regardless of how safe the new material is.

Friction: Retort That may be, but mechanical action cleans the car in friction, so you don’t need all those expensive chemicals and titration processes in friction.

Touch-free: The touch-free people may respond by asking: what about the increased maintenance required because of the mechanical action resulting from the foam material touching the car? And what about brush replacements, something that is not required in touch-free?

Friction: They may answer by saying: who cares?

That is a once or twice cost in a machine’s life, whereas the ongoing titration, water treatment, and chemistry settings required for touch-free to work must happen every day.

And so it goes — on and on with good arguments on both sides.

In the end, operators must make a choice that fits the needs and preferences of their customers.

Have it all hybrids

The hybrid supporters will inevitably ask — why not have both?

After all, there appears to be a distinct customer base for both friction and touch-free in almost every market in North America. Why not offer a machine that can do it all — twice the work in the space of one machine?

This concept — the hybrid — has been growing in popularity over the last several years. Although it is not new, it seems to be taking off as of late, due to several factors including:

There are several things to consider with hybrids. First, wash owners have to get used to the fact that they are friction machines — at least to the casual eye.

Differentiate: Regardless of the amount of signage that tells people differently, most customers (at first glance) will look at a hybrid system and see brushes. That’s not necessarily a bad thing.

In markets where touch-free only machines dominate — Colorado, Southern California, North Texas, and the Mid South — offering a friction option is a good way to differentiate a wash.

In markets where friction is dominant, like many places in the Midwest, Northeast, Pacific Northwest, and Florida, offering a high pressure component to a friction wash is a good way to both differentiate as well as support higher wash prices.

Signage: Carwash owners are dealing with a complicated menu. Good signage is important to let customers know that there are multiple offerings.

In order to attract any touch-free customers at all, clearly indicate that a touch-free offering is part of the mix. Otherwise, carwash owners are just marketing several different friction options to customers.

Operation: Hybrid touch-free units as a rule don’t perform the same kind of touch-free wash as touch-free only units do.

Most touch-frees use high-tech water treatment and high-pressure application systems that are not always included in the hybrid touch-free component.

Be prepared to build a mainly friction menu with a touch-free component.

The reduction in throughput should be offset by higher retail prices for the combination package, but be prepared for longer lines than in a friction only or touch-free only system.

Hybrids come outfitted with the traditional sort of options that are available in the touch-free and friction only washes, such as presoak, undercarriage wash, wheel brushes, wax/clearcoat applicators, tri-foam, spot-free rinse, and dryers.

The hybrid, of course, adds high pressure nozzles as well.

One of the interesting trends in the market is that the best selling wash package is neither touch-free nor friction, rather it is a combination wash (or combi-wash).

The combi-wash uses friction as the base wash package, but adds high-pressure passes like pre-wash and rinse.

In general, these combi packages command a price premium of $1 more in the market — if the prevailing friction or touch-free top end wash package in a given market is $7, a combi can usually retail for $8 or more.

One suggestion is to build a menu that is based largely on friction (since most customers will be biased toward friction due to the appearance of the machine).

In most cases, the ultimate combi wash will command $1 to $2 above the prevailing top end wash package price in a given market.

To some degree, this is because there are a certain percentage of people that will always push the top button. But it also reflects the added value customers perceive with the high-pressure components added to a top end friction wash.

Is it for you?

Ultimately, the decision is up to the wash owner. Hybrids offer a great deal more flexibility of wash packages and a lot of profit potential to a friction base wash, but if an owner is trying to compete in a touch-free market, hybrid probably isn’t the ticket.

Bottom line — if owners position hybrids as a top end friction wash with a high pressure option, they will probably succeed.

If owners try to take on the touch-free only units head-to-head, they will probably fail and realize they just spent a lot of money for a friction wash.

But in the end, it’s really up to the customers. Before making any fundamental choice like touch-free vs. friction vs. hybrid, it’s a good idea to consult with them.

Craig Campbell has been the vice president of sales and marketing for Arvada, CO-based Mark VII Equipment, LLC since 1995 and has over 10 years experience in the carwash industry. He also owns and operates a self-serve carwash in the metro Denver area. Campbell can be contacted at: [email protected]