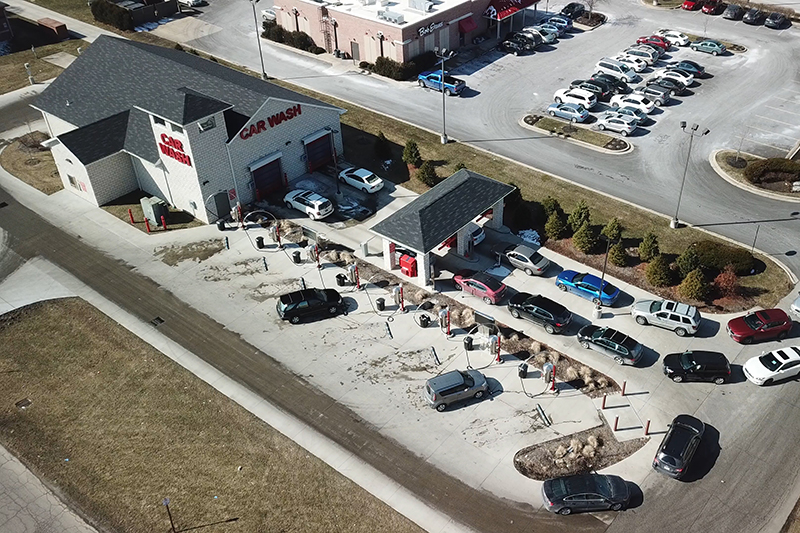 Since 1989, Petit Auto Wash Inc. has manufactured the Accutrac line of auto wash equipment. This carwash technology has developed a reputation for its exceptional efficiency and outstanding performance reliability. Introduced in 2009, the patented 360-series carwash equipment features industry-leading cleaning ability, reduced water consumption and extremely low maintenance for both tunnel and IBA applications. For more information, visit www.petitautowash.com or find them on YouTube and Facebook.

Tunnel carwashes in recent years have had two distinct advantages over in-bay automatics (IBAs): throughput and monthly wash clubs. For these reasons, among others, they have become the popular, go-to model for new carwashes today. However, operators with Petit Wash Equipment’s Accutrac 360-i have found that IBA sites can churn out numbers comparable to a tunnel — with much less overhead and headache.

For instance, one operator in Ohio retired and purchased a one-stall IBA as a real estate investment to hand down to his children. After renovating it with the Accutrac 360-i, he washed 40,000 cars in his first year (in part thanks to a perfect winter), and has averaged that number for the last seven years.

Another Petit operator, who had been involved in a tunnel operation previously, set up a triple bay and wanted equipment that would be fast enough to handle the site having a wash club. After renovating the location with three Accutrac 360-is, this operator was able to wash just under 100,000 cars in his first year, and he’s been tracking over 100,000 washes in his second year — all with two competitor tunnels within two miles of his site.

United Auto Wash, which has four locations throughout the Akron, Ohio-area, is another example of a high-performing IBA wash. The company’s newest location in Stow, Ohio, is outfitted and laid out similar to a tunnel operation, featuring two pay stations with gates, two touchless IBAs and eight modern-looking vacuum stalls. As for its numbers, this site pulled 60,000 washes in its first year.

But the success of United Auto Wash wouldn’t be possible without the team behind it.

Ron Carlson, investor in United Auto Wash, started in the carwash industry in 2006. He had a full-time day job but thought that having an unattended carwash would be a great supplemental income business that could be managed on nights and weekends. He built his first location with his father, Don, in 2006.

In 2011, Phil Marquart came on as another investor in United Auto Wash, having the same business philosophy as Carlson. Over the years, it became clear to them that with technology advancements, a modest investment in the carwash industry could actually be turned into complete income replacement and a full retirement strategy.

They specifically picked the IBA platform due to some of its greatest advantages: the lack of a large staff requirement and the fact that it could be a monthly recurring revenue generator without staff on-site. Being family-oriented and actively involved in their children’s activities, neither Carlson nor Marquart wanted a business that would consume their lives, and the IBA model seemed to provide for a great work-life balance.

Then in 2016, Carlson and Marquart started investigating a new design layout with their friend and Carlson’s next-door neighbor, Don DeSario. DeSario had first owned an auto repair shop and then an industrial maintenance company, which gave him experience in electrical, HVAC and more. As such, DeSario retired from his business and joined up with the others to become the wash’s full-time operator.

The team still preferred the IBA model for its distinct advantages: It proved convenient for the customer by being open 24/7, had virtually no damage claims, and it also provided backup through redundancy. In other words, when a tunnel has an issue, the entire wash has to be shut down. However, when one of the IBAs has an issue, the bay only needs to be coned off while it is repaired, and washes can continue in the other bay(s).

Nevertheless, the team wanted to overcome the IBA’s traditional disadvantages: output and wash clubs. DeSario states, “We solved both of these [problems] with Petit’s Accutrac and our own software. We have other IBAs with other equipment. And when [we] researched and decided on this business model, it wasn’t even a question. To accomplish tunnel numbers, Petit’s was the only solution on the market.”

The team researched the new touch-free solution from Petit Auto Wash. Petit’s multi-patented equipment was specifically designed to focus on reducing maintenance while significantly increasing cleaning speed and power. The result was increased throughput from 15 to nearly 30 cars per hour per bay. They found a location for the wash in Stow, Ohio, and set in motion their plan to build a double touch-free IBA operation that would push nearly 60 cars per hour.

“We understand that ‘wash experience’ is popular right now, but we are focusing on the primary need first: a clean car. We have good lighting, and the Accutrac does provide a show, but speed and consistency are far more important for us,” DeSario says. “The facts are that in this day [and] age, people don’t want to wait on anything. Because of that, we focused on being easy, fast and consistent.”

With this level of throughput and the need to compete with two local tunnel operators within two miles of their site, they turned their focus to what they thought was an advanced point-of-sale (POS) system. Their goal was to be able to sell monthly wash passes at their unattended carwash.

“I think the industry understands by now, having cash flow every day, rain or shine, makes having a wash and business so much easier,” DeSario says. “In addition, it also keeps business coming in and looking busy, which has a psychological impact with passersby. Activity creates more activity. After much aggravation with other solutions sold to us and leaving us greatly disappointed, we designed our own software from scratch, specifically tailored to be unmanned.”

Of course, there are differences between operating a wash club at an IBA versus a tunnel, and there were challenges the team had to overcome.

They also wanted to use current cellphone technology but make it simple enough for even the more technologically-inept to use and not be caught off-guard by updates. As such, they created a monthly pass app that users can download from Google Play and the Apple Store. The app contains users’ information and provides bar codes that customers scan at the kiosk before getting their washes and/or vacuum time. The initial sale of the monthly wash pass is done directly on the pay station, so that every customer is enticed into the program.

Finally, they also needed a way to mitigate fraud. Because the site is open 24/7 and unmanned, it would be easy for someone to wash a friend’s car using his or her own phone. Their system and flow allow for them to catch such fraud and communicate with the customer in a non-confrontational or accusatory manner.

In the end, they created a monthly pass product that offers tiers based on the chosen package. Each pass offers unlimited or capped washes per month (at one wash per day) and 50 vacuum credits. Multiple vehicles can be added onto family plans for additional charges.

Counting ahead to the future

Carlson, Marquart and DeSario have found the Stow location to be so successful, profitable and fun that they are building a new four-bay wash of similar design just a mile up the road. They plan to break ground in early to mid-2020.

In addition, United Auto Wash hopes to have its Dencar Technology POS system available for others to purchase very soon. Currently, the team is running beta tests at other sites to optimize the workflow, and DeSario says they are getting close and are pleased with the results so far.

“This whole model has less moving parts — both literally with less equipment and no conveyor, and also in regards to management and staff,” DeSario concludes. “Consistent, simple and fast. Automation is here; why not embrace it?” 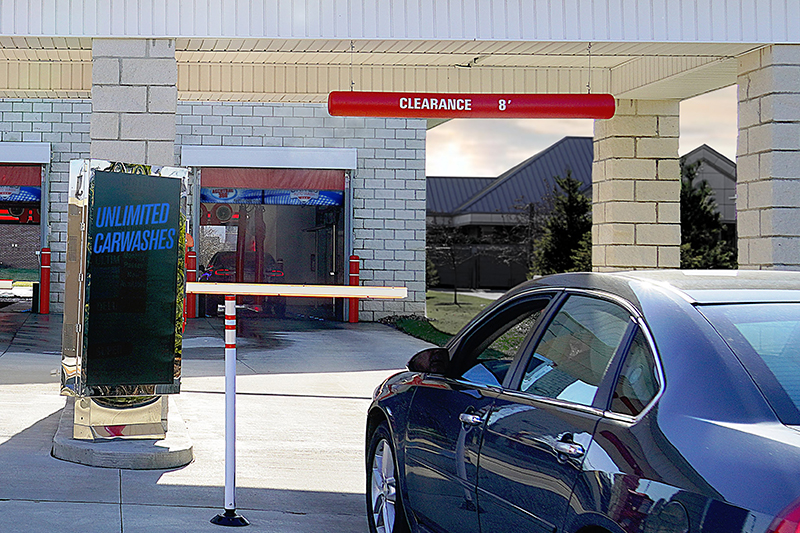 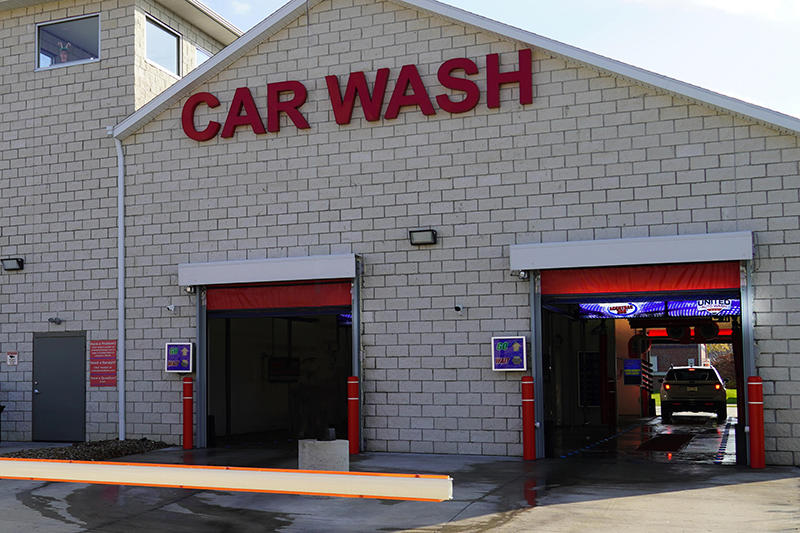 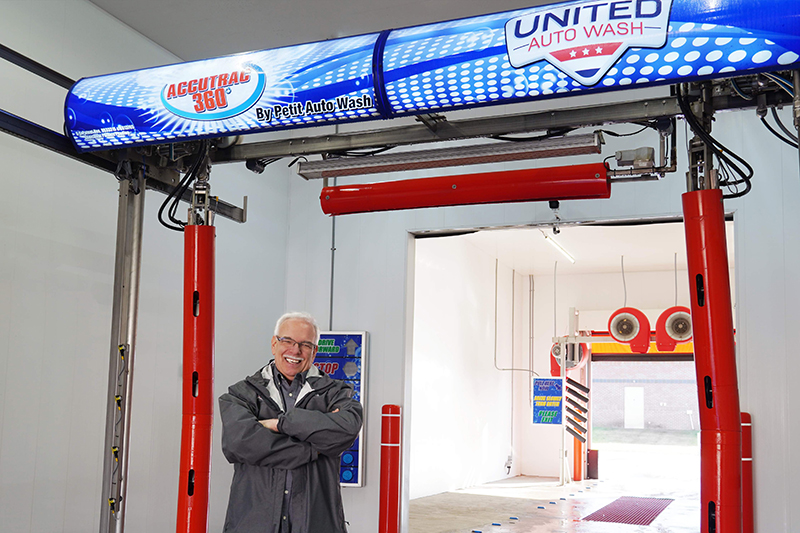 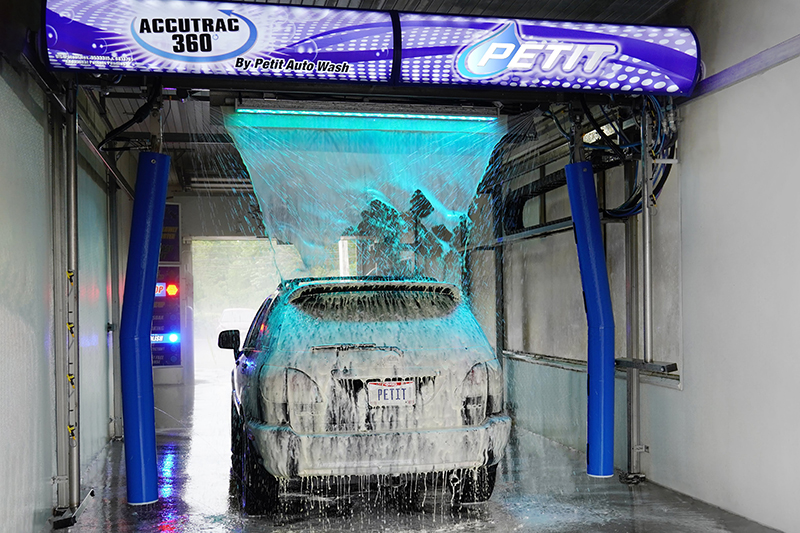 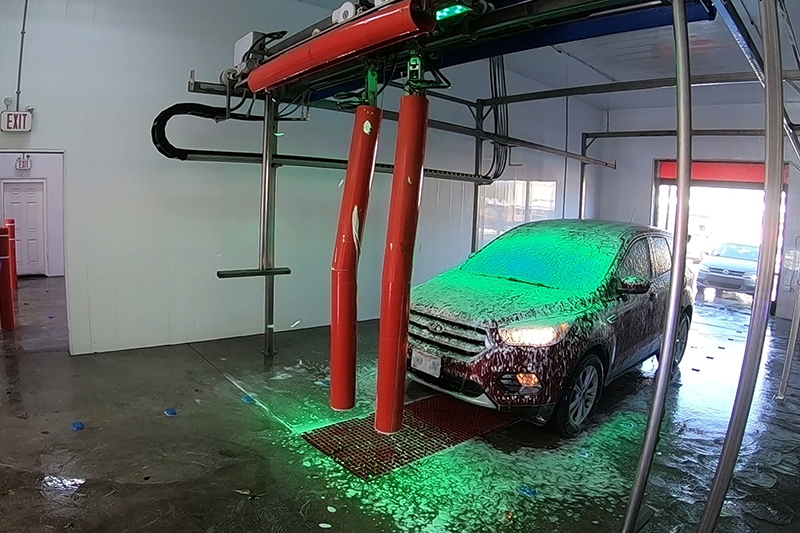 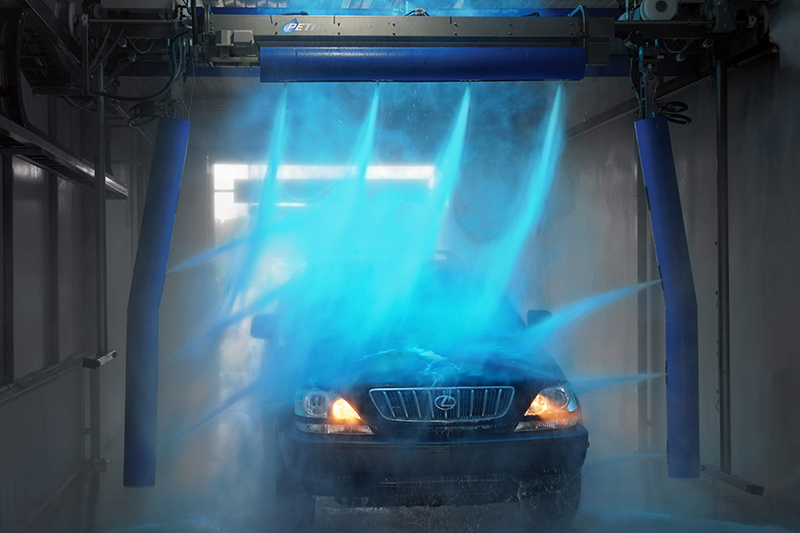 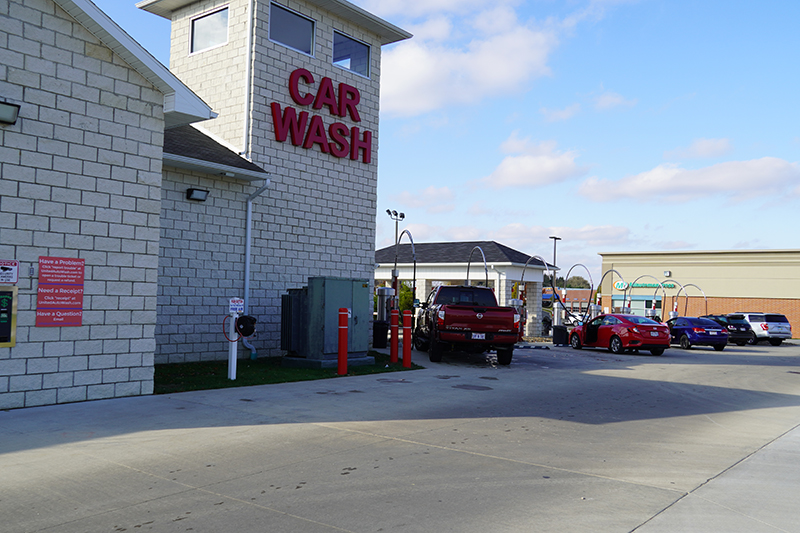 Check out this follow-up interview with Ron Carlson and Phil Marquart for more insight into what they feel has made United Auto Wash become so successful.

Time to upgrade your IBA
Connect with us 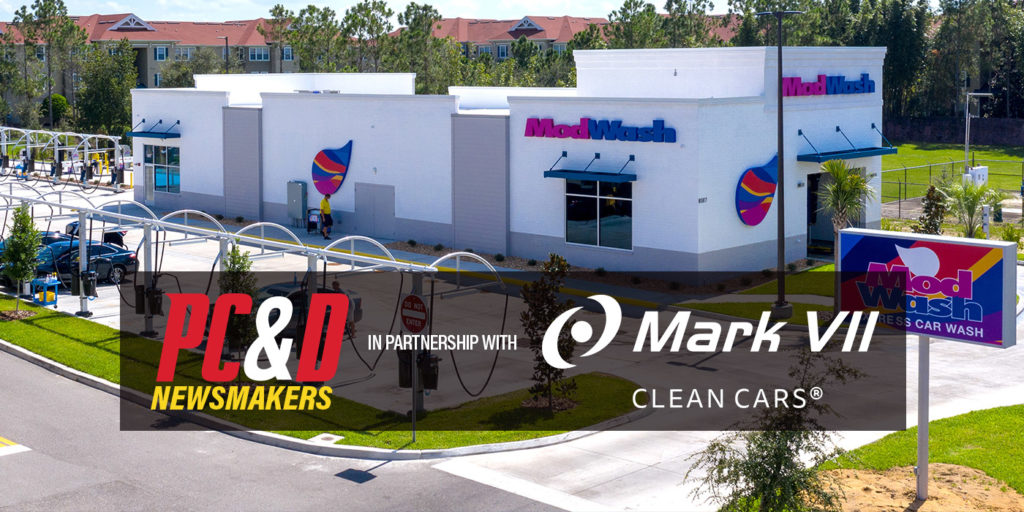