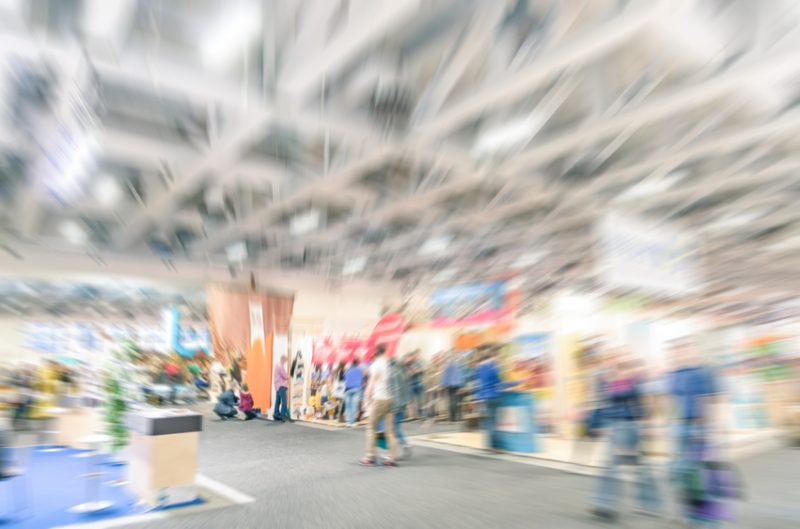 SHANGHAI, China — Automechanika Shanghai has experienced its most international and busiest fair yet, rounding off another successful year, according to a press release.

The 14th edition took place from Nov. 28 to Dec. 1 and covered every aspect of the automotive supply chain, the release noted.

The record-breaking show presented many opportunities for business exchange, networking and education and was accompanied by an extensive fringe program, each of which was met with praise by participants, the release noted.

According to the release, key figures for Automechanika Shanghai 2018 include:

Fiona Chiew, deputy general manager of Messe Frankfurt (HK) Ltd., was encouraged by the growth at this year’s fair, saying, “It is always wonderful to see the fair come to life and be amongst those who are passionate about their products and services. Over the past few years, we have experienced a continued increase in leading market players in China and abroad join the show. They have used this platform to launch their products and services in the region, and through their combined efforts, emphasize the show’s significance around the world.”

CINCINNATI — Auto Magic has announced it will demonstrate innovations live in its booth #958 at the Mobile Tech Show on Jan. 11-12, 2019, according to a press release.

In addition, Will Castro, star of Velocity Channel’s “Unique Rides,” will make a special appearance in the Auto Magic booth on Saturday, Jan. 12th from 11 a.m. to 2 p.m. to demonstrate products and to meet fans, the release continued.

“Team Auto Magic is excited to demonstrate our latest innovations at Mobile Tech,” said Valerie Rothermel-Nelson, strategic marketing director. “We are especially excited to demonstrate our new PC 1-2-3 Paint Correction System, our most flexible and reliable Auto Magic innovation to date. PC 1-2-3 can address most any paint issue from swirl marks to paint oxidation and leaves a brilliant finish even if you are not an auto-detailer expert and work with a DA pad rather than a professional buffer system.”

The Mobile Tech trade show is being held at the Orange County Convention Center in Orlando, Florida, the release concluded.

“We’re so excited to open our first Ride ‘N’ Shine tunnel carwash in Greenville and to expand our Car Wash Club offering,” stated Stewart Spinks, founder and chairman of The SPINX Co. “Our new tunnel wash and statewide wash club sets us apart from the competition, delivering quick, thorough carwashes across the Upstate and making it easy and affordable for our customers to keep their vehicles clean.”

SPINX is having a grand opening special, where customers who sign up for the Car Wash Club at the new tunnel location will receive the first three months at half price, the article continued.

The new tunnel carwash is the first of many that SPINX plans to open in South Carolina, the article noted.

OXFORD, Maine — According to www.wgme.com, Total Eclipse Auto Detailing and Design has opened in an old school building.

Owner Scott Macha, who likes properties that have a history, said, “A lot of people want new, and I wanted something that was going to have a little bit of history to it. What really drew me to this building was that it was an old school.”

The school, which was built in 1885, is over four times larger than Macha’s previous shop in Yarmouth and will allow for more business.

“So right now we have two cars in here — in Yarmouth I couldn’t even get two cars in my one-bay garage,” Macha said.

Macha, who is certified by the International Detailing Association and the Detailing Success Network and has been a member of the Air Force One detailing team, added, “What we do is give back to people. I mean people go over there and they say, ‘detailing is, it’s cleaning cars.’ It’s not just cleaning cars, it’s providing a service to people that sometimes they can’t do on their own.”

Giving back is a priority for Macha, who holds an annual event called “Operation Sleigh Shine” to assist active military families, and he also plans to teach vocational students, the article noted.

“It’s actually kind of cool that I’m in a school because I’m going to be teaching kids how to do detailing,” Macha said.

Advertisement
In this article:expansion, trade shows