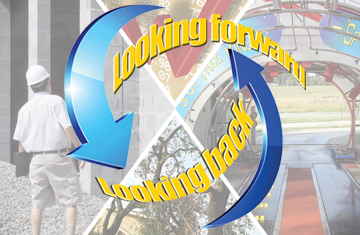 Operators should prepare for the new year by looking to — and learning from — the industry challenges of 2012.

When addressing the upcoming year in the car care industry, the elephant in the room is definitely the economy. Now, four years after the global markets took a massive hit, it appears that many economists still do not know what to expect. Thankfully, some sources in the carwash world are seeing indicators of market growth.

Eric Wulf, CEO of the International Carwash Association™ (ICA), stated that the association’s Wash Count™ program indicated 2012 wash volumes and ticket averages showed an increase over 2011. “As for the future, I would expect that the biggest driver of top-line industry volumes and revenue results will continue to be the weather and disposable income,” Wulf said.

Jason Johnson, president of Quick Quack Car Wash and a Western Carwash Association (WCA) boardmember, noted some positive economic trends as well. “We certainly saw some growth. I think the economy is finally … a tiny little wind in our sails instead of the strong head wind it’s been for the past four years.”

Though Johnson noticed signs of a “real recovery” for the economy, he described the increase as “a trickle.” Current trends indicate that things have begun to improve from a consumer standpoint. These improvements show that customers may soon want to spend more on carwashes, but the recovery will probably move slowly based on the pain of the last four years.

While it may be the most important, the economic recovery is just one factor that will have an impact on the car care industry in the coming year. By looking back at the issues that affected operations over 2012, it may be possible to predict — and prepare for ­­­— some industry surprises in 2013.

On Oct. 17, 2012, Zep Inc. announced its acquisition of Ecolab Vehicle Care. This action may mark the first step of vendor consolidation in the carwash market. According to Johnson, the combination made the new company “a pretty big player in our industry.” Further, Johnson expressed surprise that there were no responding mergers. “A typical response in another industry [would be] more consolidation of competitors to try and match size,” he noted.

Though there may not be a huge wave of new technology on the horizon, some companies have introduced a new piece of equipment that may interest wash owners in 2013. New cloth drying spinner systems can be installed after the blowers in carwash tunnels. This technology has proven popular in Europe and is now making its way to the U.S. The spinners supplement the traditional blower system and may allow an owner to produce a dryer car more efficiently. “For those of us in the express industry, it’s an interesting change,” Johnson stated.

As for new carwash construction, Johnson predicted that it would be more common in the new year, especially in the express market. “I think there [are] some groups, especially in Southern California, you’re going to see a lot of growth in that area, a lot of new construction,” he said. But, the new construction trend may be reversed in the full-service market. Rather than build new locations, operators entering the full-serve industry will probably choose to purchase and re-open washes that are already out of business or struggling.

Now that the 2012 election is over, many owners are turning their attention to the impending implementation of the insurance legislation. “Presuming the legislation that was passed by Congress is enacted, the question of how it will impact carwash operators will first vary by company size, i.e. number of employees,” Wulf stated. “Those with 50 or fewer full-time employees will not be required to provide health insurance, and those with fewer than 25 employees may be eligible for tax credits for purchasing health insurance. For those with more than 50 employees, the owner will need to weigh the relative costs and benefits of either paying a penalty or offering sufficient coverage.”

Johnson noted that it is still too early to foresee the full results of this insurance legislation. Still, he said that health care costs have already gone up for the Quick Quack chain. “We provide health care to our employees, but the costs have just skyrocketed. That’s a function of what has already been implemented in the new healthcare laws,” Johnson explained.

And, as the full legislation is enacted, the financial impact will be felt by employees and companies. In fact, Johnson stated that the new requirements will cause healthcare expenses to continue climbing. “Whether you’re offering health care now or not, it’s going to cost more,” he said.

One trend that dogged many operators in 2012 was the increase in Occupational Safety and Health Administration (OSHA) enforcement and inspections. In the case of Quick Quack, Johnson said that the chain decided to meet the OSHA threat head-on. “We actually went and contacted OSHA and had them come to all of our sites at our request. And that’s a great model. I didn’t realize that was a possibility before we dug into it,” he recalled.

Inspectors visited the carwashes and noted fixes and changes that were needed at the locations. Johnson said that Quick Quack made the changes, and it gave the operation a lot of confidence that the washes were safe. “We were doing things right for our employees and didn’t have the possibility leaning over our heads for a big fine,” he stated.

Even so, within three months of working with the OSHA inspectors, Quick Quack had a surprise inspection. Unfortunately, the new inspector had a different opinion and pointed out some things that the washes were doing wrong. After everything the chain had corrected, the requirements came down to the differing opinions of the two inspectors.

“Government regulations, especially when [they are] decided by an individual, present another risk to business that you can’t control,” Johnson said. “You’d like to think that the rules are clear, you keep to the rules and you’re safe, but unfortunately it’s not that simple.”

Wulf provided more suggestions for safety-conscious carwash owners. “First, every carwash operator needs to make sure they are up-to-date on the applicable local, state and federal rules when it comes to hour and wage and workplace safety regulations. The greatest impact to our industry comes from ‘black eyes’ the industry receives when some don’t follow the rules. Those who are following the rules ­­— which are the vast majority of our industry — should consider taking proactive steps to communicate to workers and customers the excellent workplace and job opportunities [they] are already providing.”

“I think the biggest issue for most folks is weather in our industry,” Johnson said. While much of the west coast had a strong year weather wise, the Midwest and New England definitely struggled with near catastrophic challenges. Under ideal conditions in 2013, can these carwashes fully recover from 2012?

“I don’t think you ever recover from a really bad year in one year because that would assume that the weather was so good on the other side that it made up for the loss,” Johnson explained. “I think you can get back to your normal revenues in one year; I think that happens very frequently. But I don’t think it makes up for the year before.”

Carwash professionals cannot move forward without looking back. Heading into 2013, note the advice provided within this article from top industry minds. Most importantly, learn from 2012 and implement proven techniques for the new year while avoiding pitfalls.