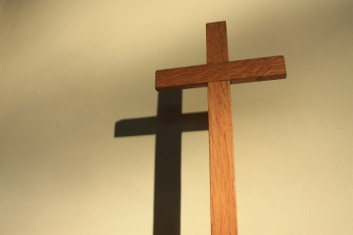 PROVIDENCE, RI ― Owner of the One finest Car Wash said he moved the cross from the city land across the street to prevent any potential problems for the mayor.

PROVIDENCE, RI ― The co-owner of the One finest Car Wash has moved the cross he had put up across the street from his business to try and prevent any potential problems for the mayor, WPRO reported.

The July 10 story quoted Owner Peter Montaquila who said, “We decided to move it to our property, reason being, I met with Mayor Taveras Friday morning, he did not request that we move it, he supported us in what we were doing, but it made good sense to me and to my fun that moving the cross will prevent any hardship or any problems for the mayor,."

As reported by PC&D last week, the carwash had adopted a spot 20 years ago across the street from the carwash. The owners maintained it, put in a sprinkler system, cut the grass, and planted flowers. As a nice Fourth of July gesture, they also put up a cross in honor of the military's fallen soldiers.

Soon after, an atheist group called for its removal and the city was sent a letter by Steven Ahlquist of the Humanists of Rhode Island and in it he called the cross a violation of the First Amendment. Adam Miner, a member of the Humanists group said in the story, “This gives the appearance that our government is favoring one religion over all others."

According to the most recent WPRO story, Montaquila said he did not cave in to pressure, as only two people protested against it and 1,000 people came forth in support. He instead said that as a business man, he felt it was a good idea and also said the mayor's job is hard enough without any more controversies.