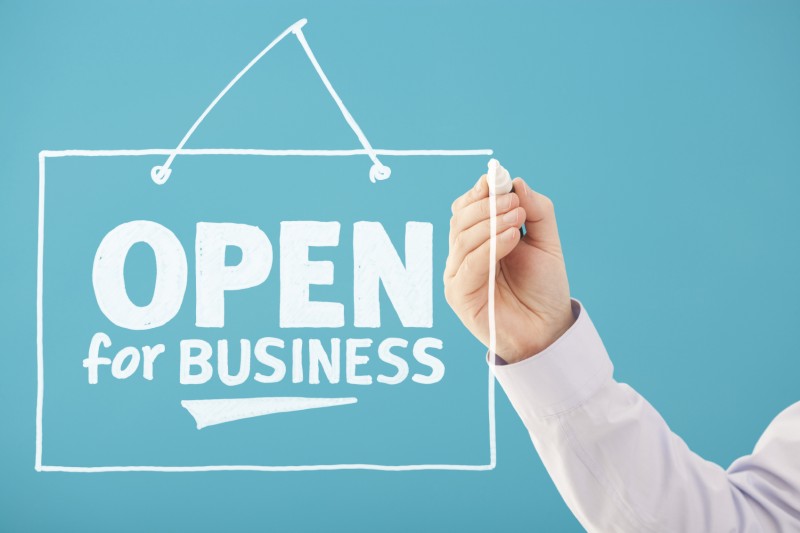 This week, we cover new openings, a new website, a trade show calendar, contest results and an award.

This week, we cover new openings, including that of Fuller’s Car Wash; a new website; a trade show calendar; contest results; and an award.

HARWOOD HEIGHTS, Ill. — According to the Chicago Tribune, Fuller’s Car Wash opened its 24th location at 4800 N. Nagle Ave. in December 2018 on the site previously home to Elliot’s Dairy.

“I felt the community needed a good carwash,” said Matthew Fuller, the owner of Fuller’s. “It’s fully automated. Your car comes out clean, shiny and dry. We offer free vacuums too.”

Fuller’s received approval for a special zoning permit in 2017, and it also entered into an agreement with Harwood Heights to give the village 2 percent of its gross revenues generated on a monthly basis to cover the increased public services the village believed would be necessary, the article noted.

The site was designed to accommodate the flow of traffic at Nagle Ave. and Gunnison St., and some of the curb cuts were changed to allow for new exits and entrances onto the lot, the article added.

MINNEAPOLIS-ST. PAUL — Hydra-Flex Inc. announced the launch of its newly redesigned website, www.hydraflexinc.com, according to a press release.

Visitors to the site may now navigate to product information and listings based on their specific industry (vehicle wash, hydro excavation or industrial cleaning), the release noted.

“We are excited about the redesign and the robust information it provides for customers, investors, partners, and media to better understand Hydra-Flex’s world-class technology and products,” stated Erin Bollig, senior marketing communications coordinator at Hydra-Flex. “The new design based on our industries, improved functionality, and enhanced content focuses on allowing our visitors to have a very informative experience as we continue to grow and increase our market presence.”

Visitors are encouraged to explore the website and sign up for company newsletters to see more information: www.hydraflexinc.com/subscribe-to-our-newsletter.

VALENCIA, Spain — ISTOBAL will address new business opportunities in 2019 to boost its growth and strengthen its position as a leader in the sector, according to a press release.

Over the course of this year, the company will step up its participation in international trade fairs in order to present its latest innovations and continue to increase its exports in the countries in which it is present, with a particular focus on North America and Europe, the release continued.

Its main innovations for 2019 include its commitment to developing intelligent systems with its Smartwash technology: fully connected carwash systems that increase the profitability of wash equipment and improve the user experience, the release added.

ISTOBAL will also open a new line of business aimed at refrigerated transport and shipping containers to continue strengthening its position as the market leader in commercial vehicle wash solutions, the release noted.

According to the release, the calendar of trade fairs already confirmed by ISTOBAL in 2019 includes over 20 showcase events in the service station, commercial vehicle and dealer sectors, especially in Europe and the U.S., as noted here:

LITTLE ROCK, Ark. — During Zips Car Wash’s first ever #ZipsMe Project, a social media contest to spur on clean creativity amongst its customers, a photo was submitted from a customer in Lowell, Arkansas, and was voted on as the 2018 Grand Prize winner, according to a press release.

Scott Dilley created the photo titled, “Shine Bright and Ride,” which won him a trip for six to Jamaica’s famous Tryall Club, plus a one-year Unlimited Wash Club Membership to Zips Car Wash, the release continued.

Last fall, Dilley submitted his creation to the #ZipsMe Project just in time before the Oct. 31, 2018, contest submission deadline, and his submission received the most votes overall, with the final count of 3,462 votes in his project’s favor, the release noted.

She submitted a photo of a hand painted acrylic and “dirtied” with sand, paint and modge podge mixture piggy bank that received over 1,900 votes, the release continued.

Hwalek is receiving event tickets, airfare and accommodations to a special event of her choice in the continental U.S. and a one-year Unlimited Wash Club Membership at Zips Car Wash, the release noted.

Third place was awarded to Celeste Evans for her submission of a poem detailing memories of carwashing in her past, according to the release.

Her submission received 1,027 votes, and she will receive an Apple iPad with pencil to spur on her future creativity, the release noted.

The judges for the contest were project entrants and their friends and peers, and contestants could submit any kind of creative project from photos and videos to poems, the release noted.

All voting, which was open from Nov. 1, 2018 to Dec.31, 2018, was held online and publicized on social media and www.zipscarwash.com, the release stated.

Every qualifying submission received a prize in this year’s contest, the release added.

Zips Car Wash is already beginning planning for the 2019 #ZipsMe Project and plans to open the event again, Aug. 1, 2019, the release concluded.

LAKE ARIEL, Pa. — The Chamber of the Northern Poconos has recognized Randy Bennett with the Young Entrepreneur of the Year Award, according to a press release.

Sen. Lisa Baker presented Bennett with a Proclamation by the Commonwealth of Pennsylvania, in recognition of his spirit as a young business owner, the release continued.

Bennett was born and raised in the Lake Ariel/Hamlin, Pennsylvania area, and he started detailing cars right out of high school, the release noted.

BOISE, Idaho — According to www.boisedev.com, Bluebird Car Wash plans to open two facilities this year in Boise and Meridian, both along Overland Rd.

The carwashes will each feature a tunnel and self-serve vacuums, the article continued.

“We are simultaneously preparing [both sites] for a fast deployment to the market,” Bluebird Car Wash Operating Partner John Michael Fery said. “The two sites will be staggered slightly, but we are running full steam ahead knowing that one of them will likely run slightly slower due to city approvals or construction schedule. “

Fery anticipates opening at least two more locations in the next two years, the article noted.

Fery is also a partner in Metro Express Car Wash in Denver with the company’s founder, Bill Martin, the article stated.

Metro Express previously had three self-serve wash locations in the Boise area under Martin’s ownership until he sold them to Mister Car Wash in 2013, the article noted.

In October 2018, Martin purchased a Jackson’s Car Wash in Meridian, Idaho, and brought the brand back to the area, the article stated.

“We are very excited to add this location and its outstanding team to our portfolio,” Derek Martin with Metro Express said.

Metro Express also plans to expand its presence in the region, the article noted.

Fery and Martin said the Bluebird and Metro Express businesses in the Treasure Valley are not tied together, the article concluded.

MORGANTON, N.C. — According to www.morganton.com, Bonnie Mist Car Wash, which already boasts six locations, is expanding into Morganton with a six-bay carwash.

The Cloer family, who owns the business, has been running carwashes for 50 years; David Cloer is the owner, and his son, David Cloer Jr., is the vice president and general manager, the article continued.

The new location, expected to open in March, will boast two automatic bays and four self-serve bays, including one that is handicap-accessible; pay stations with touchscreens; meter boxes that communicate with customers about time remaining; as well as credit card, cash and coin acceptance, the article noted.

When customers purchase the top wash package, they will receive a token for five minutes of vacuuming, the article added.

“We’re excited to start doing some new things over here in Morganton,” Cloer Jr. said. “We’re looking forward to serving this community. We actually have a lake house over at Lake James. We’ve been over there for 30-some years. We’ve always enjoyed Morganton as a community. We come over here for the nightlife and to come eat dinner and do different things. We enjoy it as a town and working with Morganton.”

There will also be an attendant on staff full-time to help customers with any issues, the article noted.

Pricing for Bonnie Mist’s automatic packages will range from $8 to $12, self service will cost $2 per four minutes, and vacuuming will cost $1.25, the article concluded.