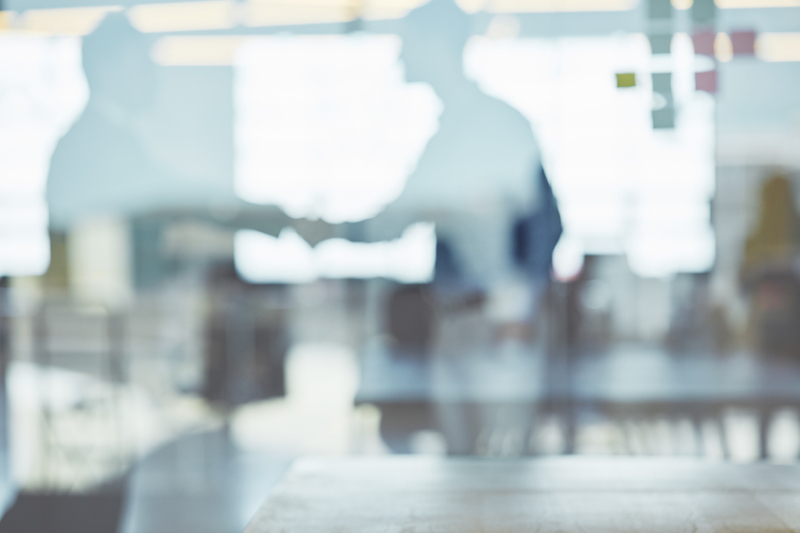 In this Market Focus, we cover new hires, grand openings and charity events.

WIND GAP, Pa. — Innovative Control Systems is pleased to announce that Joel Maganza has joined the company as vice president of operations, according to a press release.

Maganza most recently served as production director for UTC Aerospace, where he directed manufacturing and assembly operations while utilizing lean principles to improve performance and efficiency for Boeing commercial aircraft and Pratt & Whitney integrated and electronic systems, the release continued.

In his prior position, he worked as director of test operations for Jacobs Engineering at NASA, where he oversaw design, environmental testing and qualification of tools and equipment for space flight, as well as trained astronauts on the proper use of their EMU spacesuits for nominal and emergency procedures outside the space shuttle and International Space Station, the release noted.

Joel is a U.S. Army veteran who served as a commander in the Air Defense Artillery for a Patriot Battery in Germany and was deployed to the Middle East in support of Operation Iraqi Freedom, the release stated; he also served as a United Nations commander of international forces in the Demilitarized Zone between North and South Korea.

He has a Bachelor’s Degree in Aerospace Engineering from the United States Military Academy, a Masters in Leadership and Management from the University of Texas (El Paso) and is a certified Project Management Professional (PMP) and trained as a Six Sigma Green Belt, the release added.

In this new role, Maganza will report directly to Kevin Detrick, founder and president of the company.

“Joel possesses the experience, skills and can-do attitude that we value at ICS,” said Detrick. “His addition to the ICS team will help us sustain our aggressive growth trajectory and support our expansion as we continue to invest in the future of the professional carwash industry.”

NORTH BABYLON, N.Y. — Some Guys Car Wash will be opening its second location in Patchogue Village on Long Island at 318 W. Main St., Patchogue, New York, according to a press release.

Husband-and-wife team Michael and Jessica Pegalis said, “We are very excited about the opportunity to expand into such an amazing and vibrant area like Patchogue Village.”

Michael and Jessica have had great success at their first location at 1287 Deer Park Ave. in North Babylon, winning “Best Car Wash on Long Island” three consecutive years in a row, the release continued.

Some Guy’s even has a free app available in the App Store and Google Play, the release concluded.
For more information, visit www.someguyscarwash.com.

OWASSO, Okla. — According to www.tulsaworld.com, on Aug. 11th, IQ Car Wash held its grand opening for its newest location on N. Garnett Rd.

This is IQ Car Wash’s third location in Oklahoma, and the location boasts three automatic carwash bays and six self-serve bays in addition to several free vacuums, the article noted.

Two of the automatic wash bays feature soft-touch washes with closed-cell sponges and a 3-D vehicle profiling technology to wash each car by its shape, the article continued.

The wash uses alkaline-based, biodegradable soaps, the article stated, and also has a water reclamation system that reclaims 95 percent of the used water, which also treats it to be recycled through the system and softened before reuse.

Furthermore, machines accept anywhere from $1 to $100 bills as well as credit and debit cards; in addition, an IQ Car Wash card in available, the article added.

“It’s kinda strange to walk around and have people pick your brain on what you’re doing,” Owner Scott Shepherd said. “I just want to operate a carwash, and people are asking me why we’ve been successful. I treat it like a business.”

Shepherd said that the reason behind choosing Owasso was because family members told him that there was not a carwash of this quality in the area, the article stated.

“I don’t have anything against another carwash,” Shepherd said. “But you drive down the street and see dirty carwashes, and nobody knows what they might find when they pull in. My idea is that every one of [my carwashes] would be the same: The equipment would be the same, and everything works when you pick it up in your hand.”

Smith is originally from southern Alabama and has been in the Texas area for 15 years, the release continued.

He comes to CSI with 10 years of experience in the carwash industry, the release noted.

Smith was quoted as saying, “I am excited to join the CSI – Lustra team. CSI has a great reputation and is known to be very progressive in developing the most advanced carwash chemical solutions in the industry. I look forward to the opportunity to grow relationships in Texas.”

Dave Krause, president and CEO of CSI, said, “We are pleased to welcome Josh to the CSI team. His extensive knowledge and experience in the carwash industry will be a tremendous asset to both our organization and our partners in Texas.”

Questions about Smith’s hiring should be directed to Larry Taylor at (210) 872-9021 or via email at [email protected].

On Aug. 5th, the William J. Palmer High School band was able to raise $1,320 at their carwash fundraiser hosted by Wild Blue Car Wash’s Academy location, according to a press release.

Wild Blue Car Wash donated 50 percent of its wash sales from the fundraiser’s duration to the group, while band members and volunteers sold baked goods and drinks and vacuumed and dried cars for additional donations the release noted; the money raised will help offset the cost of their band equipment and traveling expenses.

On Aug. 12th, the Vista Ridge High School cheerleading squad was able to raise $1,682 at its carwash fundraiser hosted by Wild Blue Car Wash’s Power’s location, according to a separate press release.

Wild Blue Car Wash donated 50 percent of its wash sales from the fundraiser’s duration to the group, while team members and volunteers vacuumed and dried cars for additional donations, the release added; the money raised will help with the cost of equipment, traveling expenses and enrollment for competitive cheer.

“What a fantastic day at Wild Blue Car Wash,” said VRHS Head Cheer Coach Nikkole Weir. “Our cheerleaders had a blast drying and vacuuming cars for their charity wash and interacting with the community. The staff at Wild Blue was so accommodating and friendly. We love this place and can’t wait to do this again next year!”

CINCINNATI — On Aug. 12th, Mike’s Carwash and Q102 partnered to raise money for Crayons to Computers, resulting in a donation of $4,616, according to a press release.

During the one-day event, Mike’s Carwash customers were offered a discounted Ultimate Wash, and for every Ultimate Wash purchased, $1 was donated back to Crayons to Computers, the release continued.

“We are thrilled to have raised $4,616 for Crayons to Computers, right on time for school to start back up,” said Mike Dahm, president of Mike’s Carwash. “We have a great relationship with Q102 and are so glad we were able to partner with them for this event. The weather was wonderful and our customers had a blast with the Q102 Jeff and Jenn Good Vibes Tour Bus.”

Crayons to Computers gets school supplies into the hands of passionate teachers and deserving students in the Greater Cincinnati area, and the organization is able to turn every $1 donated into $10 worth of school supplies, the release added.

Crayons to Computers currently serves 155,000 students, 12,000 teachers and over 600 schools in 16 counties in the Greater Cincinnati area, the release noted.

“The Q102 Jeff and Jenn Good Vibes Tour was created to shine a light on all the good that is in our community. We were thrilled to team up with Mike’s Carwash to shine that light on Crayons to Computers, which does so much for the teachers and students in the Tri-State,” said Patti Marshall, Q102 program director.