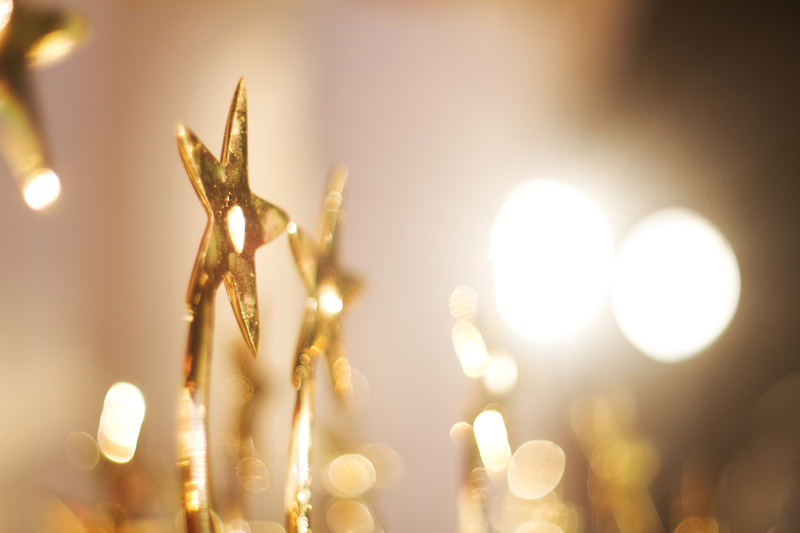 In this week’s edition of Market Focus, we cover a product award and other news.

In this week’s edition of Market Focus, we cover a Malco product award, a new hire, a sweepstakes winner and a carwash sale.

BARBERTON, Ohio — Malco Products was recognized with a 2017 Global Media Award at the SEMA Show in Las Vegas for its Headlight Restoration Wipe-On Kit, according to a company press release.

“We thank SEMA and its board of international judges for recognizing Malco,” said Seth Glauberman, vice president of sales and marketing. “Products such as the Headlight Restoration Wipe-On Kit have a broad application, not just in the U.S., but around the world. We are proud to be part of a select group to receive this honor.”

Over time, the hardcoat on headlights can decay due to UV rays, and general wear and tear from daily driving, the release continued, but the Malco Headlight Restoration Wipe-On Kit removes the coating on the lens and provides a protective sealant to maintain the headlight’s crystal clear appearance and provide a measure of safety and security for the driver.

The SEMA Global Media Awards Program recognizes those companies that manufacture specialty equipment products and accessories that would have mass appeal to consumers in countries outside the U.S., the release noted, and the products are voted on by a prestigious group of international journalists who serve as judges.

“The idea of customization and personalization has been growing throughout world,” said Linda Spencer, SEMA director of international and government relations. “Our goal is to have media experts from around the world determine which new products are likely to succeed in their home markets. The automotive specialty-equipment market is made up of enthusiasts who are passionate about the hobby, and so it’s exciting to see how their love for cars, trucks and SUVs is impacting those throughout the world.”

This year’s program included 34 judges from 19 countries, and each judge carefully reviewed and evaluated nearly 3,000 product entries at the SEMA Show before selecting the products that they felt would resonate and appeal most to consumers in their home countries, the release added.

As a 26-year veteran of the carwash industry, Bagnara brings an extensive background in sales management, key account management and distributor relations to ICS, where he will be responsible for new business development of c-store/petroleum corporate accounts, as well as developing and maintaining relations with the distribution channel in North America, the release stated.

Bagnara began his carwash career at Turtle Wax Inc. in 1990, the release continued, where he served in various capacities including sales management, national account sales and product development and where he holds several patents for chemical dilution and application.

In 2000 he was recruited to Ryko Manufacturing (now Ryko Solutions Inc., part of National Carwash Solutions) as Regional Sales Manager Midwest and was responsible for a direct sales and distribution team in a 13-state region, the release noted; as a result of his success, he rose to the position of Director of Sales ¾ Western U.S., where he managed 11 sales reps and multiple distributors across 29 states and Canada.

Tom was also responsible for the development and maintenance of strategic key accounts, the release added, such as Speedway, SuperAmerica, Holiday Companies, Mills Fleetfarm, Buchanan Energy and AU Energy.

“Tom has proven himself as a leader in the vehicle care industry”, said Brian Bath, ICS’s vice president of sales. “He has been involved in all facets of the industry, from chemistry development to manufacturing support to account management. That experience was a key consideration in the decision to bring him on board, but more importantly, Tom understands what it takes to make carwash operators successful, which is in perfect alignment with our ‘customer first’ philosophy at ICS.”

Bagnara has a B.A. degree in Business Administration from Governor State University, the release stated.

He and his family will reside in Northwest Indiana, according to the release.

SUPERIOR, Wis.— The AMSOIL Devoted to Protection™ Sweepstakes was announced at the 2015 SEMA Show in Las Vegas, with the grand prize of a fully restored 1972 Ford Mustang Mach 1 being handed to one lucky winner in Oct. 2016; out of thousands of entries received, AMSOIL announced George E. of Detroit as the recipient of this American classic, according to a press release.

The 1972 Ford Mustang was selected as a powerful symbol of the American muscle-car era, the release stated.

In addition to the upgraded fuel system to accommodate the new engine, the ’72 ‘Stang is protected with AMSOIL fluids and lubricants from bumper-to-bumper, the release continued.

“As people who love cars, finding and modifying a vehicle like this has been fun,” said Erica Danielski, director of integrated marketing for AMSOIL. “We liked the selection of this particular Mustang because 1972 was a defining year for our company. That was the year AMSOIL chairman Al Amatuzio founded AMSOIL, on the same principles that defined his career as a jet fighter squadron commander ¾ high-performance, superior quality, excellence and strong leadership.”

The Mustang has been delivered and will soon be seen on the road with George behind the wheel, the release added.

View full coverage of the build stages, unveiling and delivery to its new owner at www.amsoil.com/musclecar.

FARMINGDALE, Maine — According to an article on mainebiz.biz, a couple from Brunswick made their first ever real-estate investment by purchasing Trailside Car Wash.

Trailside Car Wash is located just outside Augusta and has the potential to draw in customers from the thousands of commuters that travel between the capital and its surrounding communities along that corridor, the article stated.

The carwash has three self-serve bays, one in-bay automatic as well as coin-operated vacuums, the article noted; in addition, it has a separate retail building that will be used for rental income.

Thomas and Kimberly Scott, who bought the carwash, closed the deal on Sept. 28 for $300,000, the release stated.

Dennis Wheelock of Magnusson Balfour Commercial & Business Brokers, who brokered the deal, said, “They were looking for an opportunity to have a business that could somewhat run itself and diversify their portfolio,” said Wheelock.

“I always thought a carwash would be a good idea,” Thomas Scott said. “It seems to be in a good location, and we got a fair price on it.”

According to Wheelock, the carwash has operated continually since 1986 and is in good condition; the owner simply wanted to sell in order to concentrate on his other businesses, the article stated.

“The carwash was one of the last businesses he bought, and he didn’t have any time to work with all of his businesses, so he chose to sell this one,” Wheelock said.

The article stated that the seller’s upgrades to the buildings and equipment totaled $228,000, and the Scotts are considering whether or not to invest in further upgrades.

The separate retail building most recently housed a tattoo parlor, but the owner moved out of state over the summer, the article noted; another past tenant included U.S. Cellular, which outgrew the building.

“The separate retail building is in need of a new tenant, but has generally been occupied over the years,” said Wheelock. “So it’s a great little spot for an entrepreneur or for someone who wants to start a business. It’s such a high-visibility spot.”