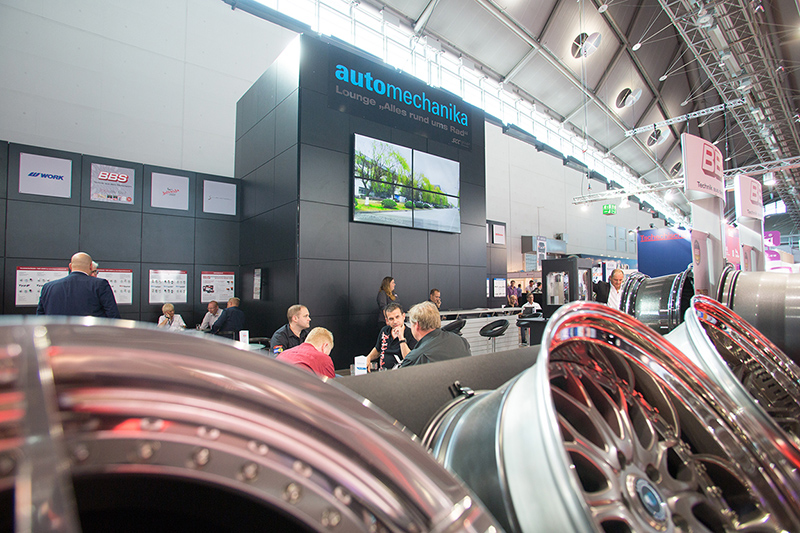 In this edition of Market Focus, we cover Automechanika Frankfurt’s anniversary, a showcase, a grand opening and a promotion.

FRANKFURT, Germany — Automechanika Frankfurt, the leading international trade fair for the automotive aftermarket taking place from Sept. 11-15, 2018, has every reason to celebrate, for it will be the 25th anniversary of the biennial trade fair, according to a press release.

In addition to such perennial favorites as its training programs and networking events, next year’s visitors will be able to look forward to many new highlights; for example, the trade fair organizer will be issuing a special publication for the 25th anniversary of Automechanika Frankfurt showcasing the history of the event from the time it was founded, a look back that includes the first Automechanika abroad and the event’s road to becoming a leading global trade fair brand, the release continued.

The importance of Automechanika Frankfurt as an industry meeting place is underscored by the stand registrations that have been received to date, the release noted.

Even though the event is about a year away, the release added, more than 2,400 companies have already announced that they will be taking part in Automechanika Frankfurt 2018 — approximately eight percent more than at the same point two years ago.

Among those who have already signed on are numerous high-profile suppliers and manufacturers from the fields of equipment, parts, accessories, management and services, including the Al Dobowi Group, Bilstein Group, Bosch, Continental, Christ, Hella, Istobal, MAHA, Schaeffler, Snap-on, Thule and ZF, to name but a few, the release stated.

There will be additional highlights for visitors in the Frankfurt Festhalle, where everything will revolve around tomorrow’s mobility, alternative drive systems and autonomous driving, as well as the Workshop of the Future, the release added.

Outstandingly innovative products and solutions will be honored with the coveted Automechanika Innovation Award and showcased in a special exhibition, the release noted.

To mark the 25th anniversary of Automechanika Frankfurt, the event will also be looking back at the industry’s record of innovation over the decades, the release continued.

Basic and advanced training will once again be a key theme in 2018, according to the release, and we will be working with highly regarded partners to offer free certified workshops, training and expert presentations that are primarily aimed at the employees and owners of workshops.

You will find more information on Automechanika at www.automechanika.com.

OPW set to showcase 125 Years of Innovation at PEI-NACS

HAMILTON, Ohio — OPW, a Dover company and a global leader in fluid-handling solutions, is pleased to announce that it will be celebrating and showcasing 125 Years of Innovation at the 2017 PEI Convention at the NACS Show in Chicago, Illinois, according to a press release.

Hosted at McCormick Place from Oct. 18-20, OPW will welcome attendees at Booth 4120 for a look at the past, present and future of fluid-handling solutions worldwide, the release continued.

Here are the top features to experience at OPW’s booth, the release noted:

“The PEI Convention at the NACS Show is the culmination of a yearlong celebration,” said Keith Moye, vice president of global marketing. “Our 125th anniversary has been a chance to celebrate the strong bonds that have contributed to decades of growth and success for us and our valued partners.”

Since 1892, OPW has led the way in fluid-handling solutions worldwide, the release added; through state-of-the-art research and development, world-class manufacturing and an unwavering commitment to quality, OPW has revolutionized fluid-handling operations.

“Our 125th anniversary is a tribute to our employees and distributors across the globe,” added Moye. “This celebration wouldn’t be possible without their dedication and partnership.”

TOLEDO, Ohio — Champion Laboratories Inc. has established an office in Shanghai, China, which officially opened during a ribbon-cutting ceremony on July 25, 2017, according to a press release.

The new office represents the first step in Champion Laboratories’ five-year plan to expand its presence as a global supplier of quality filters, the release continued.

The office will help the company grow its supply base in China as well as enhance its ability to serve customers throughout the country and the surrounding continents, the release added.

“We expect to significantly increase our current customer base by sourcing and supplying filter products under our own brand names — Champ, PetroClear and Luber-finer ­— while also supporting private label contracts in the Asia market,” said Layne Gobrogge, Champion Laboratories’ director of marketing. “As a company, we have never been more aligned in our strategic plan and mission. We are excited about this opportunity to solidify our leadership position in the global filtration marketplace.”

A native of West Monroe, Louisiana, Lenard started his career with Motion Industries in 1989, the release continued.

He has since moved into various positions including sales trainee, outside sales, specialist, branch manager and his most recent role as corporate accounts manager.

In his new position, Lenard will leverage his experience to oversee the sales and operations of 15 branches in the Dallas area, focusing on sales growth and strategic management, the release noted.

Richard Burmester, senior vice president group executive Southwest, said, “Stacy comes to this position with a wide range of diverse experience both in corporate accounts and branch operations. He will certainly be able to utilize his knowledge to maximize our customer service level and continue to improve our branch operations. We are pleased to have Stacy in this new role.”