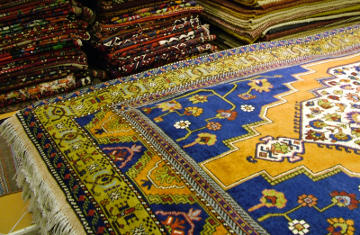 VÄSTERÅS, SWEDEN — Police were called after a customer tried to use a self-serve carwash to clean a Persian rug here, The Local reported.

The May 27 story stated that a 43-year-old man rented a self-serve carwash facility at a petrol station. Instead of washing his car, he rolled out a large Persian rug which took up as much space as two vehicles.

The staff at the station told the customer that the carwash was meant for cars and not designed for washing carpets. The man reacted angrily after the staff approached him, according to a police report.

“The man became very aggressive and threatening. The staff were obliged to call the police, in order to calm the man down,” the statement quoted in the article read.

The man was ejected from the premises with a wet, rolled-up rug, but that’s not his only problem. The man also is now suspected of threatening behavior with an alternative charge of harassment.