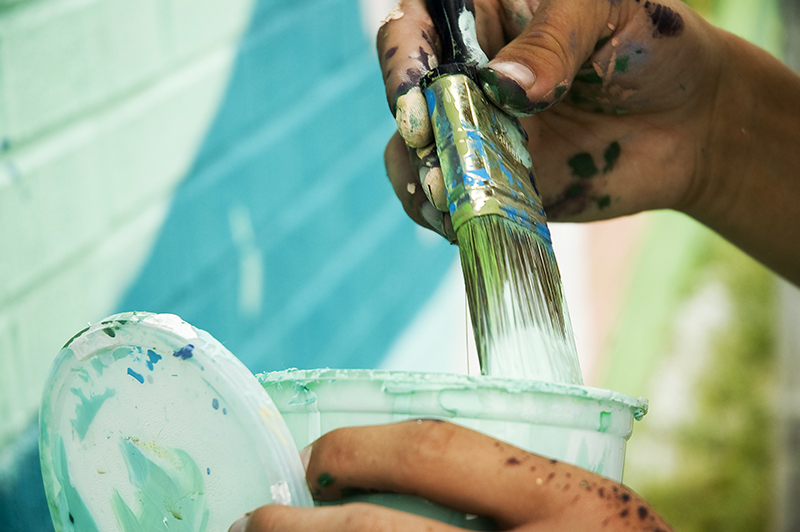 ATLANTA — A project between a curator and a restaurant livens up some carwash bays.

The project began on June 21st with a three-day painting event, bringing 14 local artists to paint the interior walls of the self-serve carwash bays, the article continued.

Each artist was challenged to paint two 20-foot by 9-foot interior facing walls in a bay, the article noted.

One of the bays was designated for the public to engage in mural painting alongside the artists, the article added.

The idea for the project resulted from a conversation between the owners of Lean Draft House, which is next door to the carwash, and Jones, who was visiting the restaurant at the time, the article stated.

“My vision was to create spaces that interact with the audience,” says Jones. “I hope somebody becomes so engulfed with the work that when they leave, their car is still dirty.”

The project will be on view through June 2019, the article concluded.

Read the original article and see photos of the murals here.