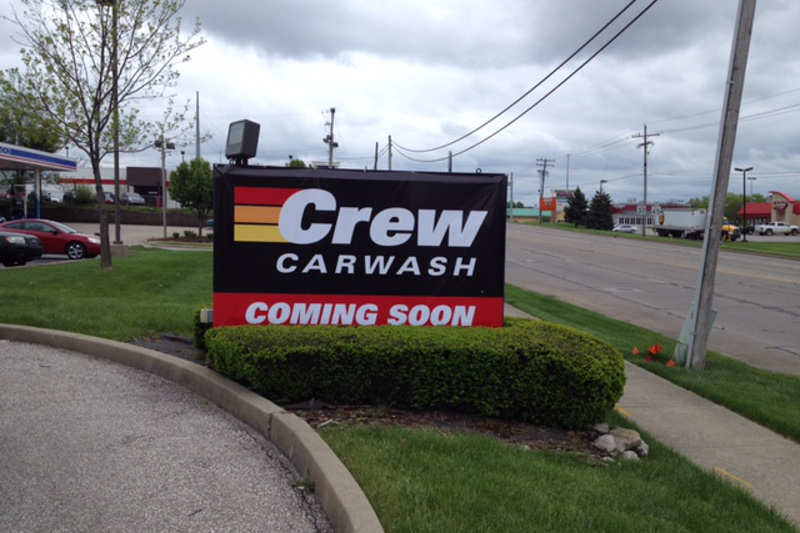 INDIANAPOLIS — Scheduled to open this fall, this will be the first Crew Carwash in Bloomington and the 28th location for the company.

INDIANAPOLIS — Crew Carwash announced it is breaking ground on a new location in Bloomington, according to a press release.

Scheduled to open this fall, stated the release, the new carwash will feature advanced technology and award-winning customer service.

This will be the first Crew Carwash in Bloomington, continued the release, and the 28th location for the company.

“We’re eager to continue our growth outside of central Indiana and provide the residents of Bloomington with a world-class carwash experience,” said Bill Dahm, CEO of Crew Carwash, in the release. “Our award-winning team is dedicated to providing unprecedented service to the local community.”

And, added the release, self-service dual hose vacuums will be available 24/7.

The Bloomington location will also feature new LED lighting inside and outside the carwash, advanced soap and detergent delivering technology and an environmentally friendly water reclamation system that cleans and reuses water during certain parts of the washing process, informed the release.

Moreover, stated the release, the carwash will include an automated lane for customers who have purchased the “Unlimited Washes” monthly plan, continued the release, allowing them to bypass traditional lines for a quicker, more convenient experience.

Crew is currently hiring for management positions as well as full- and part-time associates at the new Bloomington site, noted the release, and those who are interested in applying should be “passionate about delivering exceptional customer service and eager to gain future leadership skills.”