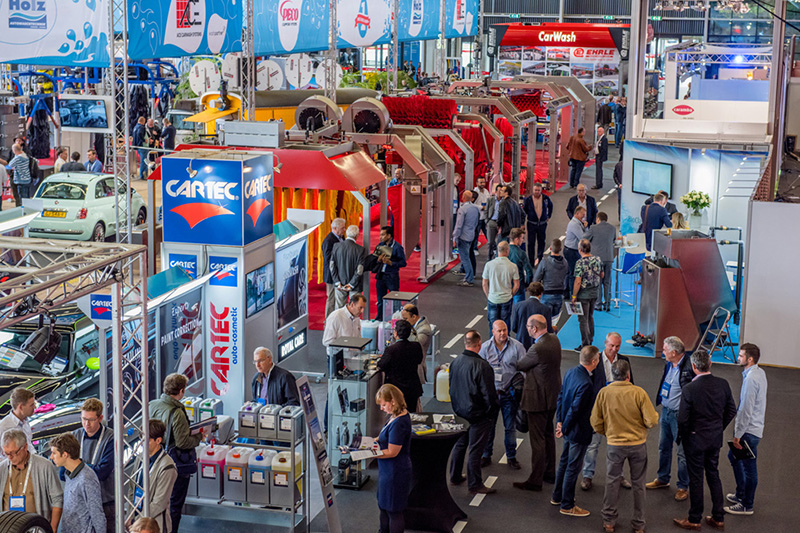 The Car Wash Show Europe™ 2017 is taking place Sept. 25-27 in Amsterdam, The Netherlands. According to www.carwash.org, this is the only event in Europe that puts carwashing first, and this year, it’s even bigger. Over 2,100 carwash owners and operators, many in the conveyor/tunnel sector, from over 70 countries attended in 2015; this year, ICA says to expect 3,000 participants from nearly 80 countries.

In this exclusive interview with ICA CEO Eric Wulf, we ask some questions about what to expect from the upcoming event.

EW: Not unlike our annual trade show in the U.S., Car Wash Show Europe is presented primarily for the benefit of independent carwash operators, bringing products, information and networking together in Europe’s only dedicated carwash event. This has benefits for both the European and U.S. markets, as the event is a new platform for networking building and information exchange. As you know, regional road shows continue to be a popular way for operators to gain new ideas — and with Car Wash Show Europe, U.S. operators have a new opportunity to visit new markets and view new products. As the industry becomes more competitive, we expect that the most successful operators will continue to seek out the “latest and greatest” — wherever those ideas are being put to use.

PC&D: As noted by the association, the exhibition space has exceeded previously exhibited shows of this nature across Europe. What key factors can you attribute to this increase?

EW: In 2015, we were introducing a new concept to the European market. Operators and suppliers were accustomed to searching out carwash products at events that were primarily for the automotive aftermarket or petroleum retailing industries. Thanks to a successful launch, with visitor totals that exceeded our expectations, the market has a better understanding of what we are trying to deliver and for whom. Further, we’ve seen that exhibitors who were present in 2015 have increased their space — and the addition of the world’s largest carwash company, WashTec, has certainly been a substantial addition to the event.

PC&D: Overall, how will the Car Wash Show Europe™ compare to other car care events in Europe?

EW: We are unique to other events in that we are the only trade show focused on the carwash business, particularly independent owner-operators in the conveyor and self service segments. In other industries, the carwash can be viewed as an ancillary product, particularly when the location’s primary focus is petroleum retailing or automotive service. So, while the independent carwash market is a smaller segment of the total carwash industry in Europe, we are tightly focused on that segment.

PC&D: How did the experiences from the Car Wash Show Europe™ 2015 impact your planning decisions for this year’s event? What improvements have been made to enhance exhibitor and attendee experiences?

EW: As with any new offering, we learned a lot — and have put those lessons to work in 2017. First, we are expanding our carwash tours and offering all new locations to be visited. Second, we are focusing the majority of our educational offerings around a new consumer study — the first ever to look at six European carwash markets (Germany, Sweden, Poland, Italy, France and the Netherlands). Finally, we have moved our opening reception onto the show floor (as opposed to a remote location) in order to improve operator-to-operator networking opportunities. Based on our attendance trends to date, which are surpassing 2015, we feel very positive about the potential for an even larger show in September.

PC&D: Do you have anything else to add about the benefits of attending the Car Wash Show Europe™ 2017?

EW: Yes. One of the greatest pleasures we took from the 2015 event were the comments from U.S. operators who were in attendance. It’s natural that most of us operate focused on our own locations and businesses, and it might seem like seeing new ideas in Europe wouldn’t be applicable to the U.S. market — but that has proven to be far from true. In fact, the express exterior concept that we’ve seen explode in the U.S. was an innovative outgrowth of a European concept. The production capabilities and customer experiences to be found in Europe are certainly world-class and worthy of evaluation by any operator that wants to remain on the cutting edge of carwashing. I can unequivocally say that it is an investment you won’t regret.